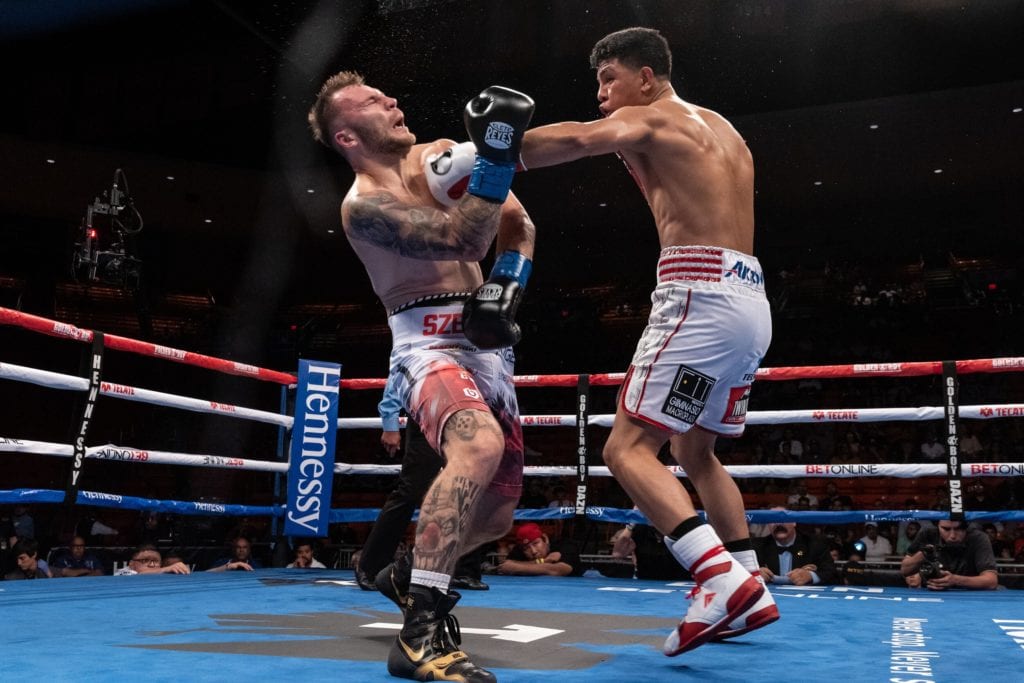 Jaime Munguia Back In November With Gabe Rosado

Unbeaten WBO #1 Middleweight Jaime Munguia of Mexico will return to the ring in November against a grizzled Puerto Rican veteran, now based in L.A., Gabe Rosado.

Golden Boy Promotions made the announcement Monday afternoon that the 37-0 former WBO 154 lb. World Champ will steady ready in his hopes for Middleweight title shot in the first part of 2022,

“This fight will be full of non-stop action. It will be a war that fight fans will enjoy and a new exciting chapter in the classic Mexico vs Puerto Rico boxing rivalry,” said Oscar De La Hoya, Chairman, and CEO of Golden Boy. “Both fighters are coming off of spectacular performances and knock-out victories that showed their power, speed, and resilience. Jaime Munguia is a super-star; he has all the elements that make a fighter great.

The hard punching Munguia was last in action in June after several delays and opponent changes. He eventually fought and stopped Poland’s Kamil Szeremeta (photo top) in six rounds in the Golden Boy main event in El Paso, TX, for his latest KO.

It was on the undercard of that Golden Boy/DAZN show, where Rosado, 26-13-1, revived his Middleweight career once more. This, as he stunned boxing observers and fans with a devastating, one punch KO of previously unbeaten, Bektemir Melikuziev of Uzbekistan.

Rosado has had two previous World title challenges both TKO losses in 2013 to Gennady Golovkin and Peter Quillin.

As for Munguia, he has been the WBO’s top contender for nearly two years, since moving up to 160 lb. Yet, the organization still won’t mandate that their champ, Demetrius Andrade, fight him. That could change if he scores another impressive win in this one.

The site of Munguia-Rosado on November 13th will be confirmed soon.