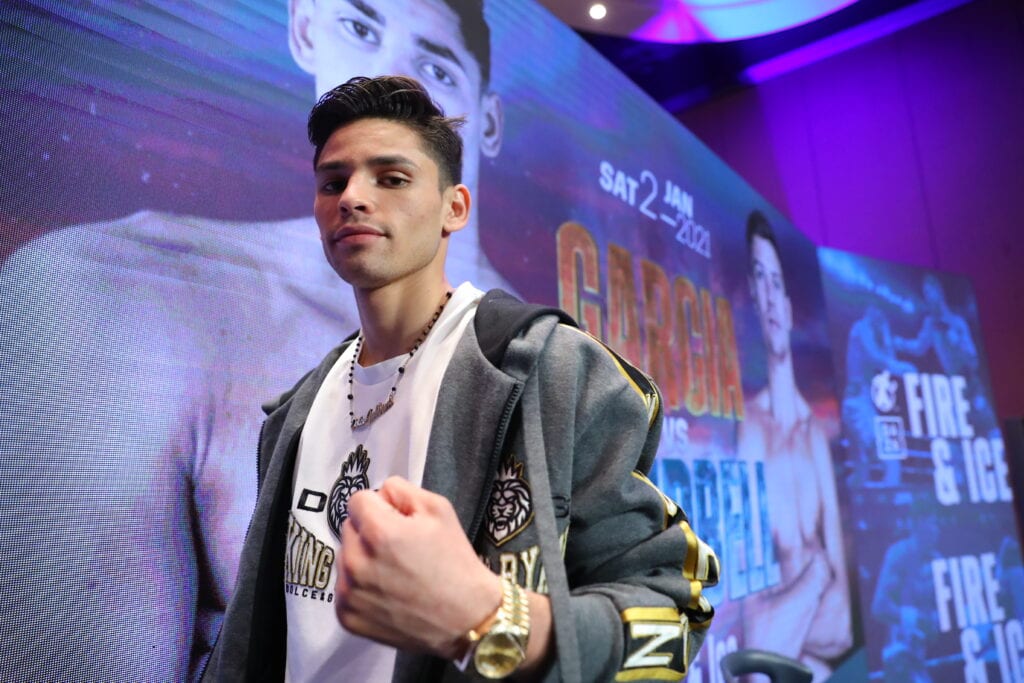 Unbeaten former WBC #1 Lightweight contender Ryan Garcia has made more news for the last 10 months for things outside the ring. However, it appears that out of injury recently, he’s on the road to recovery.

Garcia underwent what he’s calling “successfully surgery” on his right hand in Southern California and will be sidelined for several more months. Garcia posted a corresponding photo with his update on social media,

Surgery was a success🔥 thank you for the support, I’m very happy pic.twitter.com/xFb3WUSOm8

The 23 year old Garcia had announced last week that he suffered the injury, while training to fight fellow Lightweight contender Joseph ‘Jo Jo’ Diaz in a WBC showdown that would set the winner up to likely face champion Devin Haney in the first part of 2022.

Garcia was last in the ring on January 2nd, when he got his most credible win of his 21-0 pro career with a TKO over England’s Luke Campbell in Dallas. The Californian had been slated to potentially fight the WBC’s 135 lb. champ, Devin Haney, but instead was trying to make a bout with either Gervonta Davis or potentially, Manny Pacquiao at the beginning of the year. However, those two huge names both passed on the possibility of fighting him.

Garcia, then backed out of his July Golden Boy main event bout in Los Angeles with veteran Javier Fortuna citing “mental health issues,” to suspend his training. After being away for most of the Summer, he agreed to fight Diaz (who took his place and dominated Fortuna in a decision win).

As for Diaz, the southpaw is 32-1-1 and the former IBF 130 lb. World Champ. He was impressive in the Fortuna fight, as he used his right jab and straight lefts behind it to take control and win, easily.

The question becomes will Golden Boy, and specifically Diaz, wait for Garcia to heal and reschedule their bout for at least February, if not later? Or, will Diaz push to challenge Haney for the WBC belt first with Garcia to get potentially get the winner?