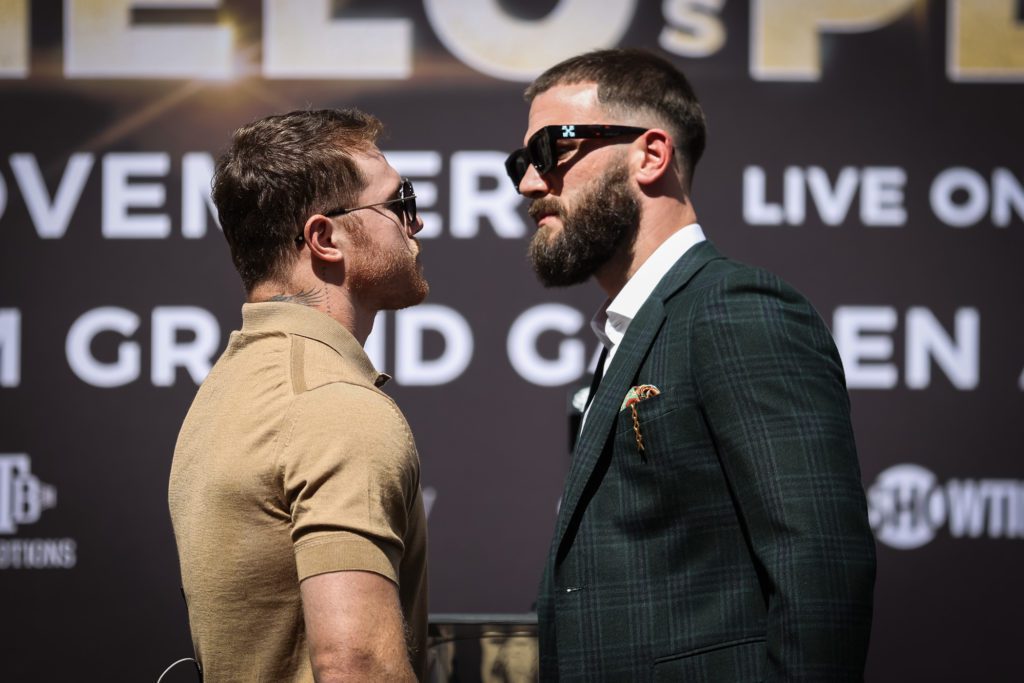 Two-time super middleweight world champion Anthony “The Dog” Dirrell will take on “Madman” Marcos Hernández in the 10-rounder, while unbeaten former super bantamweight world champion Rey Vargas returns to action against Mexico’s Leonardo Báez in a 10-round attraction of the pay-per-view card leading into Canelo Alvarez taking on Caleb Plant for undisputed super middle supremacy starting at 9 p.m. ET/6 p.m. PT, super lightweight contenders Elvis Rodríguez and Juan Pablo Romero will duel in a 10-round showdown to open the card.

Tickets for the live event are on sale now and can be purchased at AXS.com. The event is promoted by Canelo Promotions and TGB Promotions and sponsored by Hennessy and Value.

Dirrell (33-2-2, 24 KOs), a two-time WBC 168-pound world champion, won the title for the first time with a unanimous decision over Sakio Bika in 2014. The native of Flint, Mich. dropped the title the next year to Badou Jack by majority decision, before putting together six straight victories to get back into position to fight for the championship again. He captured the title for a second time in 2019, winning a technical decision victory over Avni Yildirim. Most recently, Dirrell battled Kyrone Davis to a draw in February, in his first fight since a title fight defeat against David Benavidez in September 2019.

“I’m very ready for this fight,” said Anthony Dirrell. “I know Hernandez is a tough competitor and I’m sure he’ll have a lot of fans there since we’re fighting on the same card as Canelo. But I know I’m ready to fight on the big stage and on a card of this magnitude. I fought on the Errol Spence Jr. vs. Shawn Porter undercard and I think this fight night is going to have a similar feel. I’m just prepared to do whatever I have to do to get the victory. The fans should expect fireworks. I’m not shying away from the action and hopefully, I can get the winner of Canelo vs. Plant if I perform well on November 6.”

Fighting out of Fresno, Calif., Hernández (15-4-2, 3 KOs) has faced excellent competition in his career, battling a litany of tough fellow rising contenders. The 28-year-old most recently scored an impressive unanimous decision victory over previously unbeaten Armando Resendiz in September. In addition to his recent triumph, Hernández has twice faced former unified super welterweight champion Jeison Rosario, fighting to a draw in their first meeting before losing the rematch. He has also taken down then-unbeaten fighters in Kevin Newman II and Thomas Hill.

“I’m having a great training camp for this fight coming off of my performance in early September,” said Hernández. “As always, the fans can expect me to bring an entertaining fight. I know that I’m up against a former world champion who’s accomplished a lot in his career. I’m just focusing on working hard every day to get the victory and everything that will come with it.”

The former WBC Super Bantamweight World Champion, Vargas (34-0, 22 KOs) will return from a layoff due to injury when he enters the ring on November 6. The 30-year-old went on the road to the U.K. to capture his title in 2017, winning a decision over previously unbeaten Gavin McDonnell. A native of Mexico City, Vargas made five successful defenses of his title, defeating top contenders including Oscar Negrete, Ronny Rios and Azat Hovhannisyan. His last fight and fifth successful title defense came via a unanimous decision over former world champion Tomoki Kameda in July 2019.

“I’m very happy for my return to the ring and my debut with PBC,” said Vargas. “You are going to see a renewed Rey Vargas on November 6. My opponent is a good fighter with speed who throws a lot of combinations. It will be a tough fight, but I know I have what it takes to win. I couldn’t be happier to be on the big stage on Canelo’s undercard. I know that I have to shine on fight night, take advantage of this showcase, and deliver a great fight for the fans.”

The Baja California, Mexico native Báez (21-4, 12 KOs) enters this fight the winner of his last three outings, all coming by TKO. The 26-year-old put together the winning streak after defeats to the previously unbeaten Carlos Caraballo and former title challenger Jason Moloney. Báez, who has fought professionally since 2013, will fight in the U.S. for the fourth time on November 6. Amongst his stateside outings, Báez dominated former interim champion, Moises Flores, on his way to earning a unanimous decision in February 2020.

“I’m excited for this great challenge on November 6,” said Báez. “I’m planning on giving the fans a true Mexican war and leaving it all in the ring to get the victory. It’s an honor to fight on the Canelo undercard and I’m going to make the most of it. This is going to be a toe-to-toe war, and I’m going to show that he’s not able to stand up to my power and aggression.”

Rodríguez (11-1-1, 10 KOs) burst onto the scene with knockout victories in 10 of his first 11 fights. He capped off a five-win 2020 campaign with a knockout of Cameron Krael in October and a decision victory against Luis Alberto Veron four months later. Fighting out of his native Santo Domingo, Dominican Republic, Rodríguez most recently dropped a narrow majority decision against Kenneth Sims Jr. in May.

“I am very thankful to my team for getting me this tremendous opportunity opening up the pay-per-view for the biggest fight of the year,” said Rodríguez. “I have a tough opponent in front of me, but I’m in the best shape of my life. I’m ready to show everyone that I’m the real deal. My goal remains the same, and that’s to win a world title in 2022. First, I am just focused on November 6 and making sure I take advantage of the opportunity that a victory will produce on my road to the world title.”

Romero (14-0, 9 KOs) turned pro in 2017 after fighting for his native Mexico at the 2016 Olympic Games. The 31-year-old dispatched solid veterans Nestor Armas, Nestor Gonzalez, and Ranses Payano in 2019, before earning a 10-round decision over Sergio Torres Alvarado in his only 2020 contest. Romero made it back-to-back 10-round unanimous decision triumphs in April of this year, as he won his U.S. debut by defeating Deiner Berrio. Throughout his extensive amateur career, Romero owns an impressive victory over unbeaten welterweight contender Gabriel Maestre.

“I’m very excited that my team was able to get me this great opportunity to fight on a Canelo show in Las Vegas,” said Romero. “I feel just as happy and excited to fight as I did for the Olympic games. I’m going to prove what I’m made of on November 6. No matter who my opponent is, I always train hard and prepare to do whatever I can to earn the victory.”