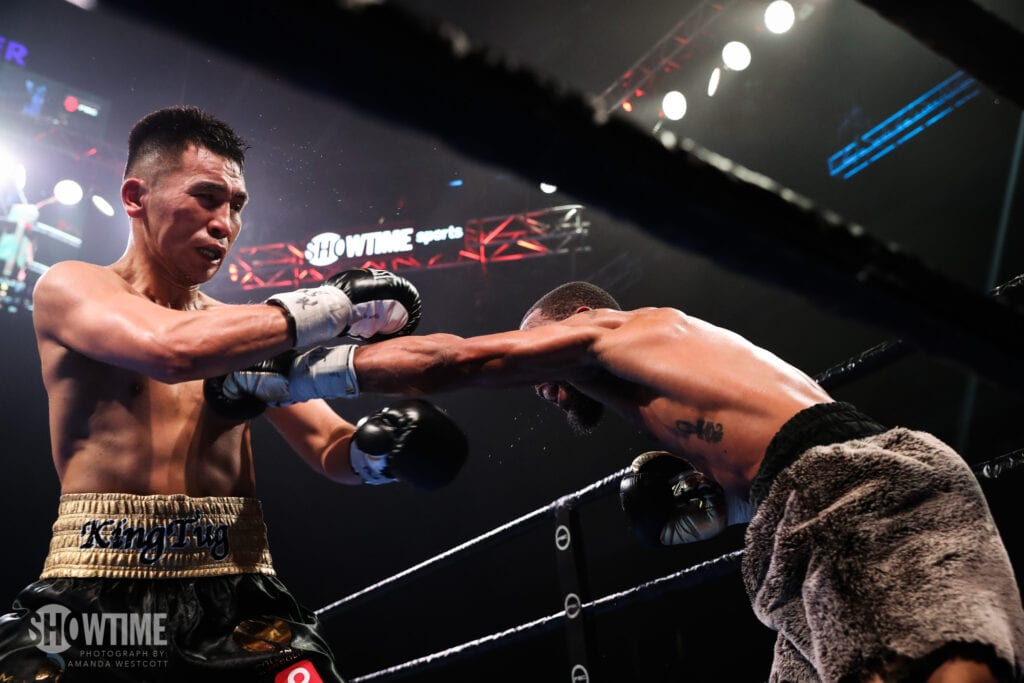 The biggest concern for both Russell Jr. and Nyambayar leading up to the fight was the inactivity both fighters have had. Russell wasn’t in action for 266 days, while Nyambayar hasn’t had in-ring activity in over 378 days. The first three rounds of this fight seemed to be a chance for both to shake out the ring rust. The difference very early on was that Russell was the busier fighter. Part of that was Russell Jr. reminded us all that he may still have the fastest hands in boxing.

That changed halfway through the contest as Nyambayar was able to get inside by using the double jab as his corner hinted to him to do after the fourth round. From there, Russell and Nyambayar started to exchange more behind a backdrop of “King Tug” chants. Even the broadcast was surprised at the Mongolian contingent in attendance for the contest.

The championship rounds were some of the best for Nyambayar as he was targeting the body of Russell, which would be what many going in would be the focus of his attack going in. After thirty-six minutes, however, Russell was able to hand Nyambayar his first loss as a professional in what was a very high level of boxing affair.

We’ll see if after this mandatory if Russell gets the big-name fights, he’s been clamoring for. He hinted as much as to moving up in weight if he has too. One of those, if he does jump up in classes, will be Leo Santa Cruz, which he’s been wanting since last year.