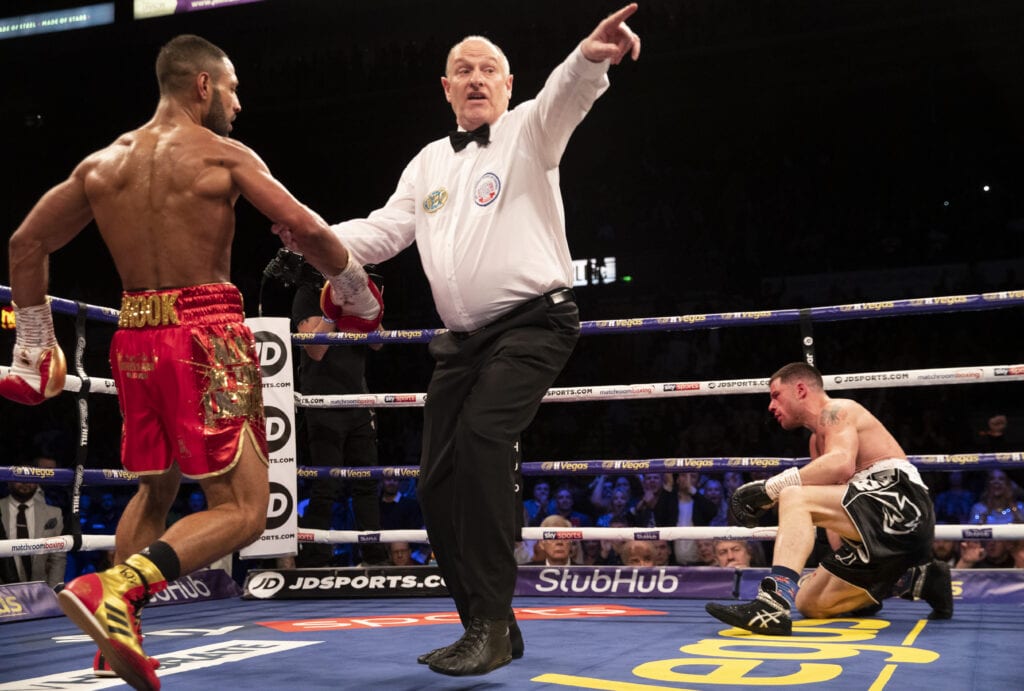 The main event in Sheffield, United Kingdom had the return of Kell Brook after taking off 2019 of in-ring action, come back and take care of business stopping Mark Deluca in seven rounds.

Brook taking on Deluca was the main event that was seen on Saturday on the streaming service DAZN and Sky Sports in the UK.

The contest became “one-way traffic” after a few feeling out rounds early on between the two. The Boston native DeLuca (24-2, 13 KOs) just was systematically broken down once Brook (39-2, 27 KOs) took control.

The third round saw Brook land a left hook, which sent Deluca down. At this point in the match, it seemed that Brook had figured out and timed Deluca. Deluca was also sporting a bloody nose, which was the result of Brook slowly pawing away at him.

The Special One is back! ✨ #BrookDeLuca

Knockout return for @SpecialKBrook in Sheffield who claims the WBO Inter-Continental Super-Welterweight Title!

All over in the seventh round 👏 pic.twitter.com/4WILJUYWaY

Once the fifth round came around, Brook was in complete control of the fight. Brook was able to consistently punch through the guard of Deluca, who just wasn’t able to throw enough return fire to keep Brook off him.  By the seventh round, Brook achieved his 27th knockout victory as he landed a left jab that caught a battered DeLuca, which sent him down for the second time in the match.

Deluca physically waived to the ref, as he beat the ten count that he wanted no more, and this one was officially over at 1:15 of the seventh round.

With this win, Brook earned the WBO Intercontinental Title at Super Welterweight Title. That will get him closer down the line to a title eliminator for the WBO and, in turn, closer to Brook’s quest to become a two-weight champion.

“Yes. You always question yourself, but I believe in what I was doing in the gym,” Brook said after the fight when asked if he shook off any demons to Sky Sports.

“I felt very comfortable in there,” Brook said, now fighting at 154.

He also stated after the fight that he wanted to return quickly in the 12-14 weeks. We’ll see how that all shakes out, but in this contest again DeLuca, when Brook poured it on, it was a return to form for him.