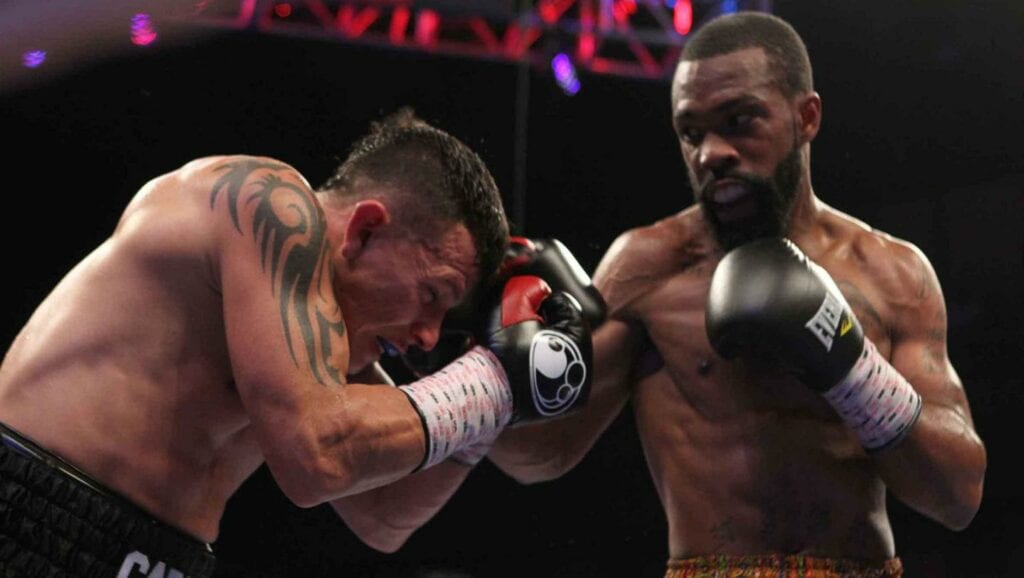 WBC World Featherweight Champion Gary Russell Jr. is looking to mix it up with other champions. The question is does anybody else want a piece of him for his featherweight title?

In an interview held by Premier Boxing Champions, Russell (29-1, 17 KOs) explained as one of the longest reigning champions his lack of activity outside of title defenses and the hopes of taking on World Boxing Association champion Leo Santa Cruz. before his mandatory defense against Kiko Martinez (39-8-2, 28 KOs) on May 18th on the same bill as the heavyweight championship fight of Deontay Wilder taking on Dominic Brezeale.

Russell stated in the interview regarding his upcoming fight with Martinez being only fourth title defense since winning the title in 2015 explained:

“Of course, it’s frustrating. I’ve been a champion for going on five years, meaning that I’m one of the longest-reigning champions today. But I’ve been trying to compete against any of these champions, and none of them are trying to fight me.”

“The fans might be like, ‘Well, he only fights once per year’ but they don’t really understand the reason why. None of these other fighters and champions wanna fight me.”

“I’ve been asking for the Santa Cruz fight for I don’t know how long, and I’m about to go up in weight. If I move up in weight, I’m gonna fight Gervonta.”

Regarding Santa Cruz, Russell thinks that his entire camp is ducking him.

“I don’t think it’s just him. I think it’s his coach and his team…I just don’t think they feel as though it’s in their best interest or his career to compete against Mr. Gary Russell Jr.”

He also questioned in the interview why no one else is calling him out in regards to a fight.

“Who do you see in the sport of boxing saying, ‘Oh, I wanna fight Gary Russell Jr?’ You don’t hear that from none of the other champions. They’re talking about fighting each other and everybody else. Now, why is that?”

“They call me ‘The Boogeyman’ of my division. I’m one of the most dangerous guys in the sport. Nobody wants to see me. If they do, my name is only whispered here and there. You don’t see nobody calling me out. They don’t wanna fight me, and I’m getting to the point where I’m getting tired of it.”

The one statement he is definitely wanted to make was that he wanted to fight big names or he’ll call it quits.

“But if not, I’ve dedicated my entire life to boxing and given this sport everything that I have since I was maybe three-years-old. I’m 30 now. I represented my country in the Olympics, won every amateur tournament that there is to win.”

Let’s hope that Mr. Russell will finally get a shot against other champions.