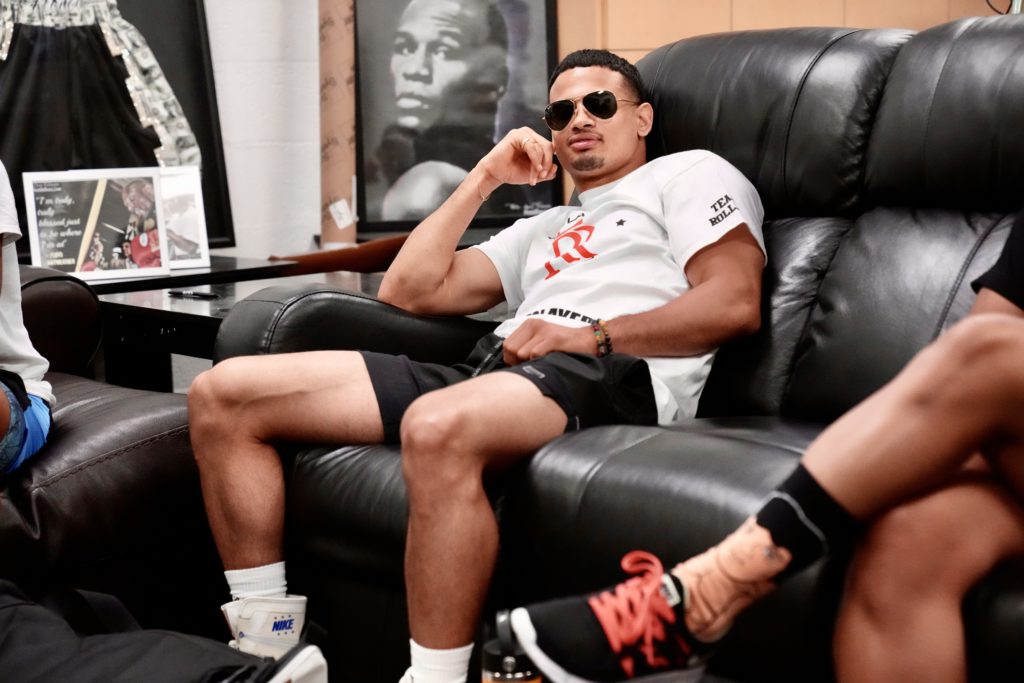 Romero On Gervonta Davis- “I’m Gonna Knock Him Out”

Davis will take on Romero Saturday, May 28  on Showtime PPV from Barclays Center in Brooklyn in an event presented by Premier Boxing Champions.

Here is what Romero had to say Tuesday from Mayweather Boxing Club:

“I always feel good every time I’m going into a fight. I don’t like ‘Tank’ as a person and I believe he’s going to get whupped in this fight.

“He ducked me twice for sparring and the bad blood has been there ever since. I’ve been calling him out since 2017. The only reason this fight was made was because I wanted it. He doesn’t want this. He wishes he was fighting some 126 or 122-pounder.

“I just saw a bunch of nervous energy from Gervonta when we faced off. He didn’t say anything to me. He doesn’t even believe he’s going to knock me out.

“Tell me one fight where he hasn’t gotten punched on by smaller dudes with no power? I’m way more accurate than anyone he’s ever fought. I’m way stronger and more explosive. It’s just common sense, he’s getting knocked out.

As we wrote earlier this year, Romero was cleared of the assault allegations by Henderson, Nevada prosecutors, when they couldn’t substantiate the charges. The flamboyant Romero is 14-0, 12 KOs and was last in the ring in July when he defeated Anthony Yigit by TKO.

Davis, 26-0, 24 KOs, fought largely unheralded Isaac Cruz, as he had replaced Romero in December when sexual assault allegations arose, and scored a rather ordinary decision in Los Angeles. It was only the second time in his career that he hadn’t scored a KO.

Davis’ previous bout was to move up to Jr. Welterweight and fight WBA secondary title holder Mario Barrios last May, whom he stopped to remain unbeaten.

Continue Reading
Advertisement
You may also like...
Related Topics: