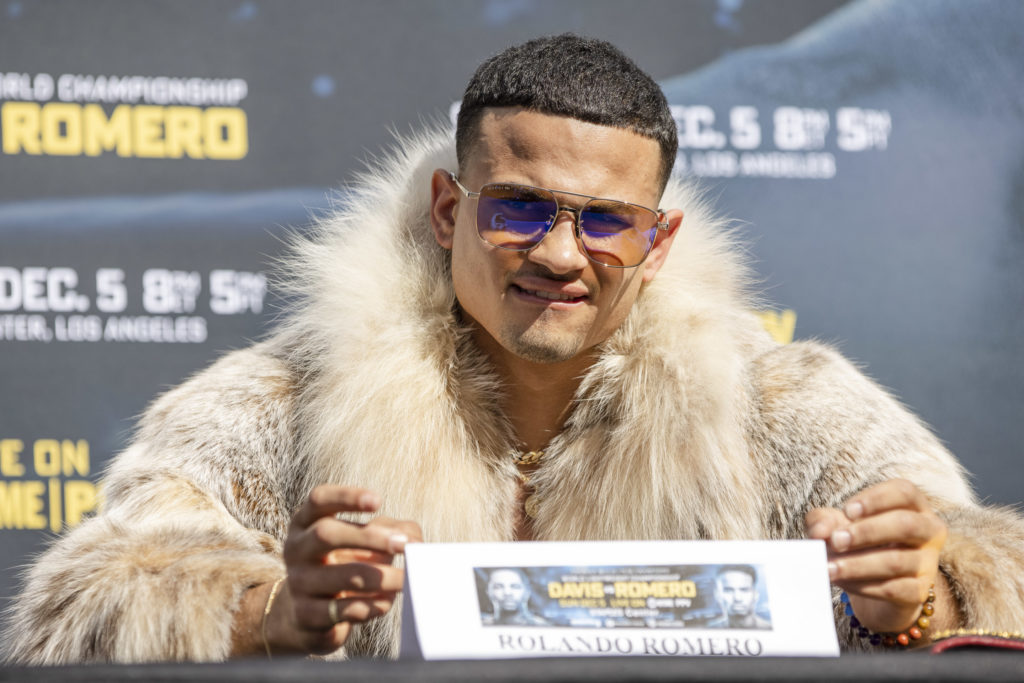 Romero took to Instagram on Monday to relay the news that Henderson Nevada investigators have closed the case on the allegations from last December against him.

“After three and a half months of my name being slandered with false accusations, having to miss out on opportunities, cheated out of my dream, and out of a massive amount of wealth – The investigation into the allegations made against me has been formally closed.

Charges were not filed because the allegations could not be substantiated because, as I always stated, I am innocent. I am now the symbol of freedom, purity, and love 💕 known as “The Boxer Formally Known as Rolly”…” Romero wrote.

As we wrote previously those allegations, including from an ex-girlfriend of Romero, came just weeks before he was scheduled to fight Davis on the December 5th Showtime PPV at Staples Center in Los Angeles. Thus, costing Romero the largest payday of his career. Police and investigators often have to drop their investigations or cases, if the allegations cannot be substantiated or there is a lack of evidence to proceed.

That’s obviously what has happened here.

Instead, Showtime and Premier Boxing Champions moved very quickly in November to have Mexico’s Isaac Cruz replace Romero in the main event fight. ESPN’s Mike Coppinger confirmed with the Nevada authorities that the investigation is over without any charges being filed. Romero 14-0, 12 KOs was last in the ring in July when he defeated Anthony Yigit by TKO.

Now, it’s unclear if the unbeaten Davis, who holds a secondary WBA Lightweight title and struggled at times to put Cruz away in a 12-round decision, would circle back to fight Romero later this year? Rather, Davis may be interested in a world title challenge with either Undisputed 135 lb. champ George Kambosos or perhaps, WBC secondary Lightweight champ Devin Haney.