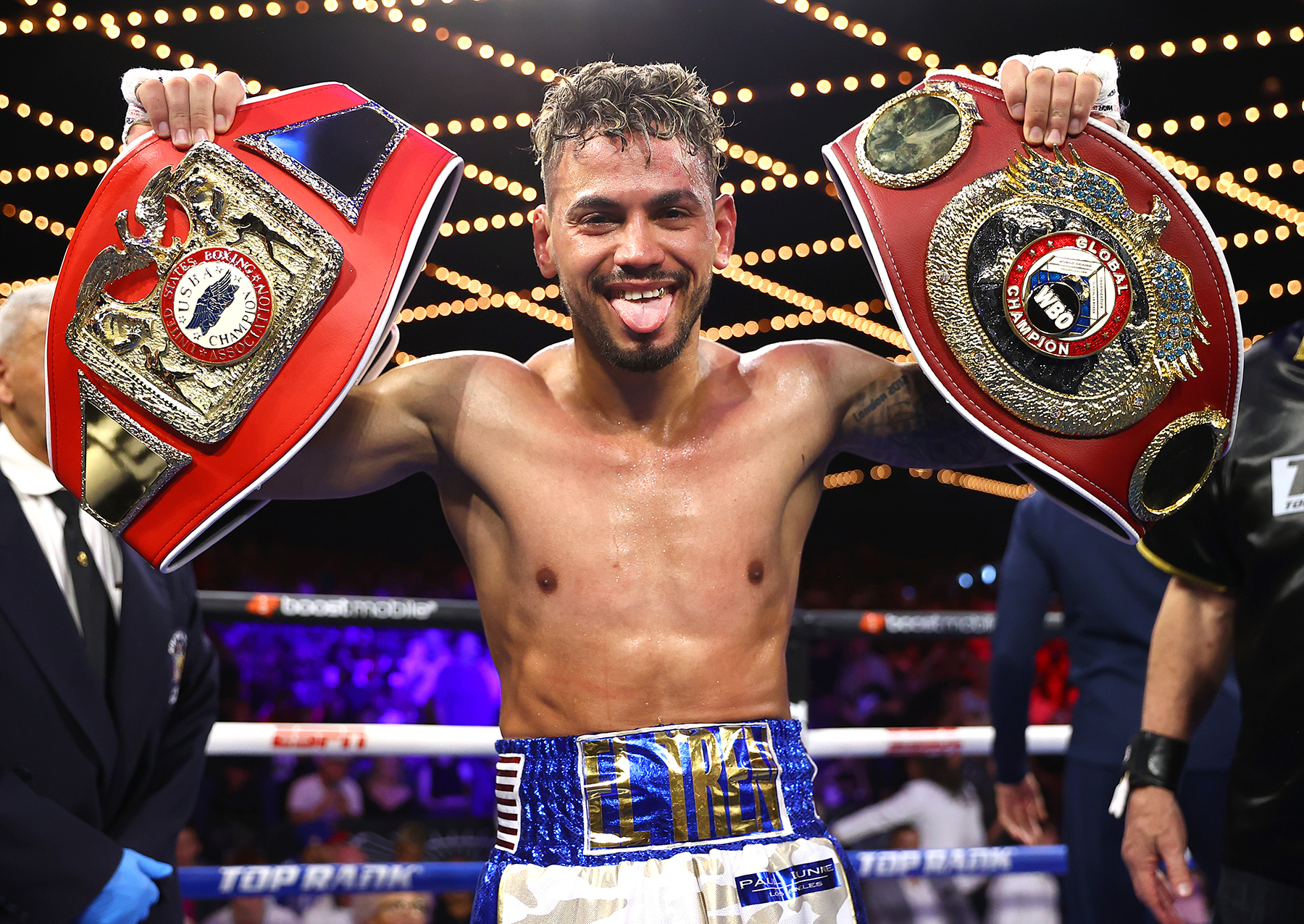 NEW YORK —  Featherweight Robeisy Ramirez, the two-time Cuban Olympic gold medalist, made his biggest statement as a professional as he brutally knocked out Abraham Nova in the fifth round on Saturday night at the Hulu Theater at Madison Square Garden Saturday night.

The fight was the co-feature of the Top Rank Boxing on ESPN card headlined by the Artur Beterbiev-Joe Smith Jr. light heavyweight title unification fight and moved Ramirez closer to a mandatory shot at the WBO 126-pound title currently held by Emanuel Navarrete.

It was an action fight with both men landing, but it was the southpaw Ramirez’s left hand that did most of the damage. He landed several lefts that got Nova’s attention and then he landed a powerful one to the head that took Nova’s legs away in the final seconds of the third round and had him struggling to regain his footing.

In the fifth round, Ramirez  (10-1, 6 KOs), 28, who fights out of Gulfport, Florida, was in control when he missed with a right but nailed him clean with a left hand on the chin and knocked Nova  (21-1, 15 KOs), 28, of Albany, New York. out flat on his back in his own corner, which caused referee Charlie Fitch to immediately stop the fight without a count at 2 minutes, 20 seconds.

“It was all about the strategy,” Ramirez said through an interpreter. “I’m blessed to work with (trainer) Ismael Salas, who is a genius in my corner. It really was about setting up that shot. If you watch the fight, it was about working, tapping the body until that opening was created. I knew he was dangerous, so I had to be careful, but when I saw my opening, I took it and I finished the fight.”

In the main preliminary bout on the ESPN+ portion of the card, Brooklyn featherweight prospect Bruce “Shu Shu” Carrington (4-0, 3 KOs), a 2020 U.S. Olympic Trials gold medalist, dominated  Cuban Adrian Leyva (3-3-1, 1 KO) until referee Sparkle Lee waved it off at in the corner after the fifth round of the scheduled six-rounder.

Carrington, with tremendous hand speed, tattooed Leyva throughout the fight with an assortment of shots from all angles. He had particularly big third and fourth rounds and there was conversation after those rounds with the ringside doctor and corner about stopping the fight.

Long Island welterweight Jahi Tucker (8-0, 4 KOs) laid a beating on Atlanta’s D’Andre Smith (11-2, 5 KOs) in a fourth-round knockout victory. Tucker had a huge second round, spending long stretches of teeing off on Smith with sustained flurries that had him on the ropes, covering up and in major trouble. But he did just enough that referee Shawn Clark, who was on the verge of stopping it, allowed it to continue. Smith took more punishment in the third and fourth rounds until Clark finally stopped it at 2 minutes, 27 seconds of the fourth.

Middleweight Troy Isley (6-0, 4 KOs), a 2020 U.S. Olympian from Alexandria, Virginia, knocked out Donte Stubbs (6-6, 2 KOs), of Riverside, California, at 38 seconds of the sixth and final round when he landed a clean right hand to dropped him to all fours. He beat the count, but was in no shape to go on and referee Charlie Fitch waived it off

Isley also knocked Stubbs down with a right hand seconds before the end of the fourth round, but he was up at eight and the bell ended the round.