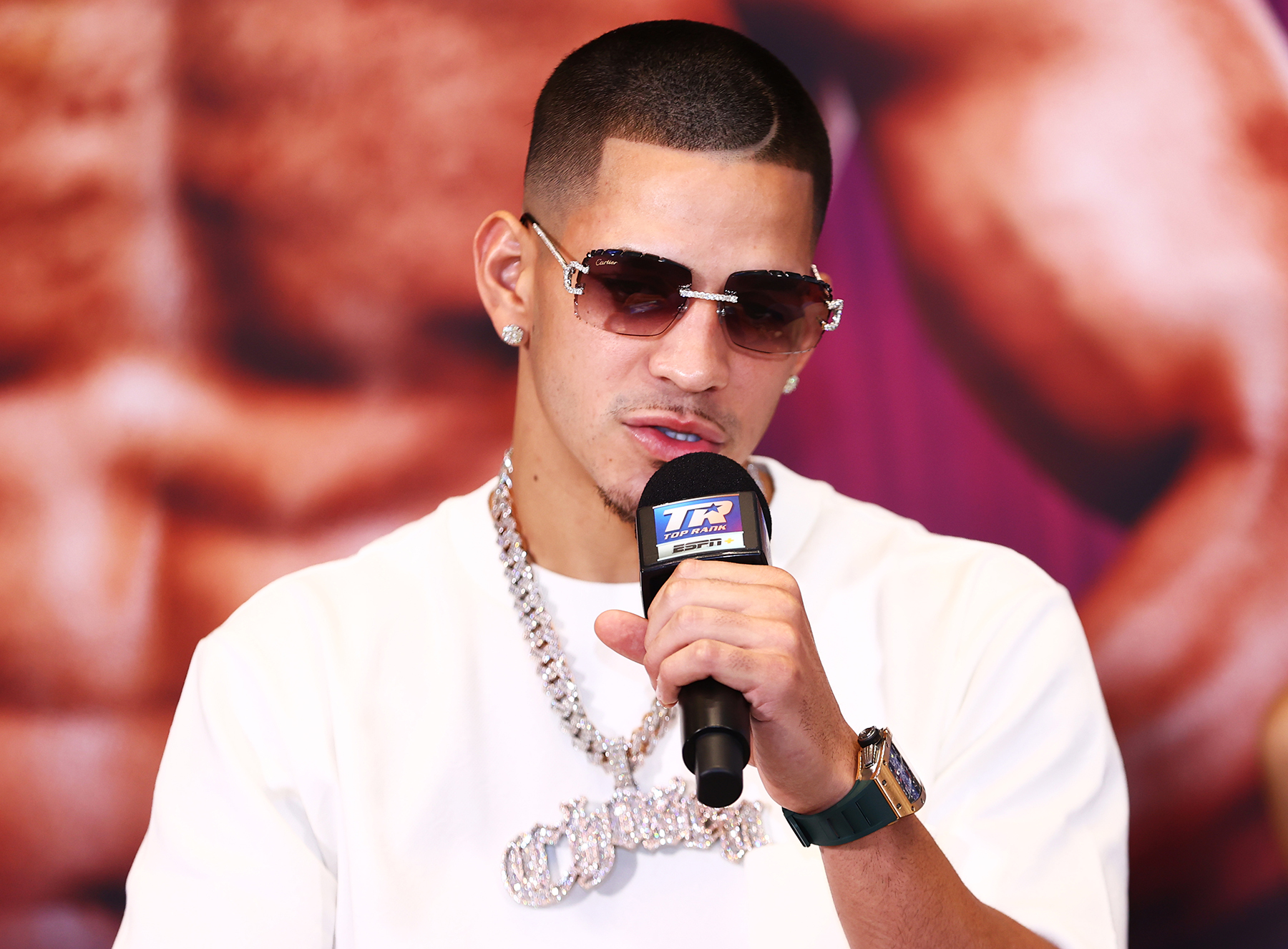 The New York State Athletic Commission on Friday suspended and fined super middleweight Edgar Berlanga for attempting to bite Roamer Alexis Angulo during their bout on June 11 at the Hulu Theater at Madison Square Garden.

Kim Sumbler, the executive director of the commission, told Fight Freaks Unite the commission issued a six-month suspension to Berlanga and fined him $10,000.

Berlanga’s team was notified of the punishment and does not plan to appeal, but manager Keith Connolly had no comment.

“The New York commission is a good commission and they are the ones who made the determination and they determined the length of the suspension,” Arum told Fight Freaks Unite. “Obviously, it’s a bad intentional foul, biting your opponent, so I can’t quarrel with the action of the commission. He knows better and he’s got a lot of people counseling him that know better and, hopefully, he will learn a lesson.”

Berlanga won a 10-round unanimous decision over two-time world title challenger Angulo to retain his regional 168-pound belt in the main event of the Top Rank Boxing on ESPN card, but during the seventh round an apparently frustrated Berlanga tried to bite Angulo on the left shoulder while they were in a clinch.

Referee Ricky Gonzalez, who was on the other side of the two, did not see Berlanga’s shocking action so he issued no warning or penalty. Had Gonzalez seen it, Berlanga could have been disqualified.

After the fight Berlanga joked about the incident, saying, “I was about to do a Mike Tyson on him.”

Berlanga, of course, was referring to the former heavyweight champion infamously biting a chunk out of Evander Holyfield’s ear during their 1997 world title rematch and getting disqualified and later having his license revoked.

“He kept throwing his elbows, and I didn’t want to get cut. I was ready to bite him like Mike Tyson,” Berlanga said.

Arum said Berlanga making light of the situation after the fight is probably what cost him the suspension and fine.

“It’s one thing where they accuse him of trying to bite his opponent. That’s bad enough,” Arum said. “But to make light of it and brag about it is what got him in trouble. He made it worse by making fun of it.”

As for what comes next for Berlanga, Arum said, “When the times comes, we’ll sit down and talk with (his team) about what to do next.”

The day after the fight, Berlanga said he was sorry in two Twitter posts, although he did not apologize directly to Angulo (27-3, 23 KOs), 38, of Colombia.

“I want to apologize for my actions and what I said about the Mike Tyson bite,” Berlanga wrote. “I was in the moment and got a little ahead of myself. It doesn’t take away from the embarrassment that I have caused upon myself, my team, Top Rank, and many others.

“I reacted poorly and take full responsibility. Moving forward, I am going to be more mindful and encouraging in my behavior. Once again, I do apologize.”

Boxing on the eve of the annual Puerto Rican Day parade in New York, Berlanga (20-0, 16 KOs), a 25-year-old Puerto Rican from Brooklyn, won the fight but went the distance for the fourth fight in a row after notching 16 consecutive first-round knockouts to start his career.