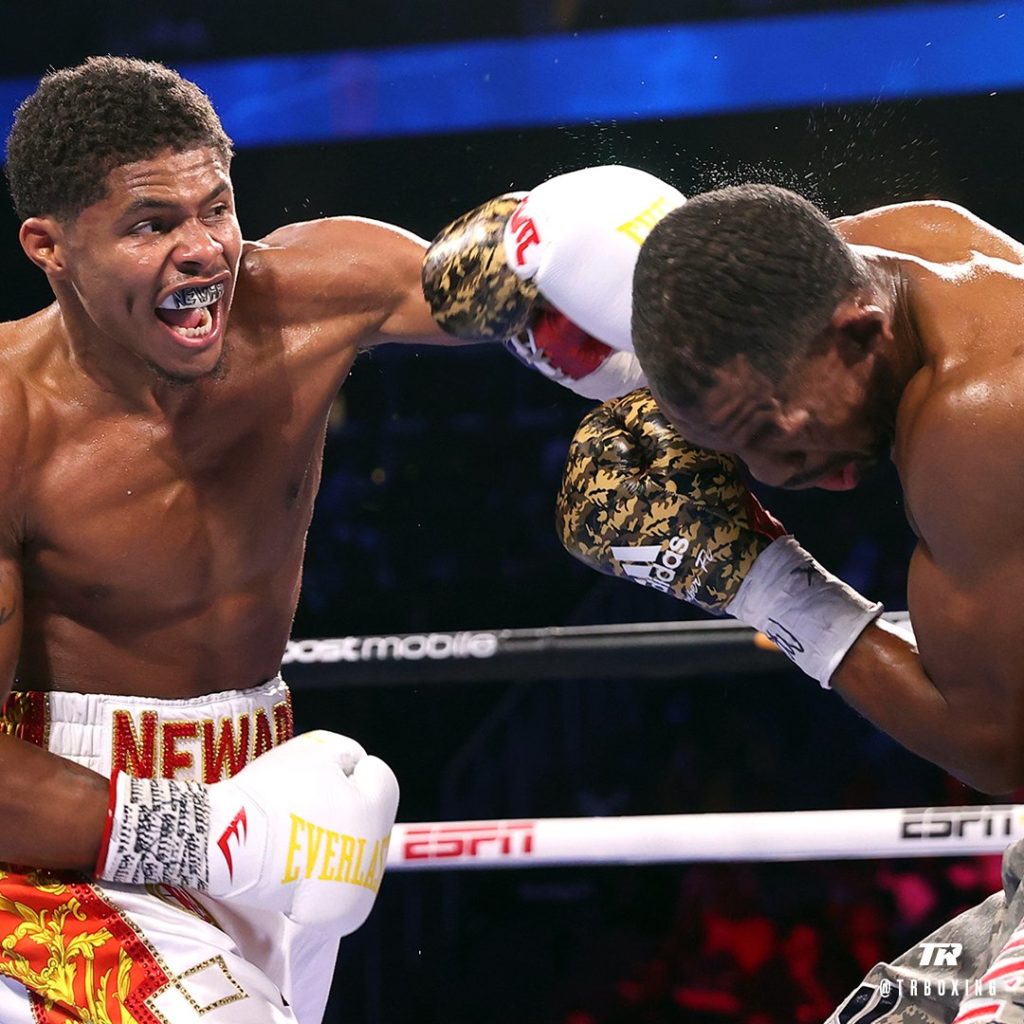 Fresh off of two weekends where George Kambosos stunned Undisputed Champ Teofimo Lopez in New York and then, Devin Haney dominated Jo Jo Diaz last Saturday in Vegas, it looks as though Top Rank Boxing realizes that they are out of the big time Lightweight title bouts at least for 2022.

And, another indication of that Top Rank and Bob Arum realize that is a report on what former Undisputed 135 lb. champ Vasily Lomachenko will likely be fighting first next year.

Although @ShakurStevenson prefers to next face @oscarvaldez56 to unify, @BobArum wants to match Shakur with @VasylLomachenko (if he beats Commey Saturday) & Valdez with Navarrete. I discussed it with Shakur and Arum. My @WorldBoxingNews story: https://t.co/WiljSFIpZr #LomaCommey

“Loma-Shakur, that’s the fight I want to make,” Arum told World Boxing News. “I think that’s a great fight. Whether it’s at 135 pounds of 130 or at a catchweight. I don’t need it for a title.”

He said he plans to talk to Lomachenko manager Egis Klimas about the fight after the Commey bout and would also speak to James Prince, the manager of Stevenson.

“Loma-Shakur is a major pay-per-view fight. Valdez-Navarrete is a great Hispanic attraction (on ESPN),” said Arum, who put on the Nov. 20 Terence Crawford-Shawn Porter welterweight title fight in the main event of the first boxing pay-per-view that was exclusive to streaming service ESPN+…

Lomachenko lost his unified lightweight title by unanimous decision to Lopez in October 2020. That is why Stevenson said he wants Valdez – to unify titles and because he is also undefeated.

Stevenson is a rising star now at 17-0, as he scored his 12th KO by stopping Herring in the 10th round back in October. His performance was so good that only one judge gave a single round to Herring through the first nine. And, Stevenson will more than likely move into a pay-per-view realm for ESPN coming in 2022.

And, as he said above, he wants the Loma fight at 130 lb. for his title. However, if Arum has enough of purse, the “catch weight” will definitely be on the negotiating table.

Now, we wait for Loma to decide what he wants to do, including maybe waiting for the possible Kambosos/Haney fight winner, after he likely beats Comey this weekend?

Dragon Fire Signs Olympian Alex Winwood
Josh Taylor Not Overlooking Catterall
Advertisement
To Top
We use cookies to ensure that we give you the best experience on our website. If you continue to use this site we will assume that you are happy with it.OkNoPrivacy policy