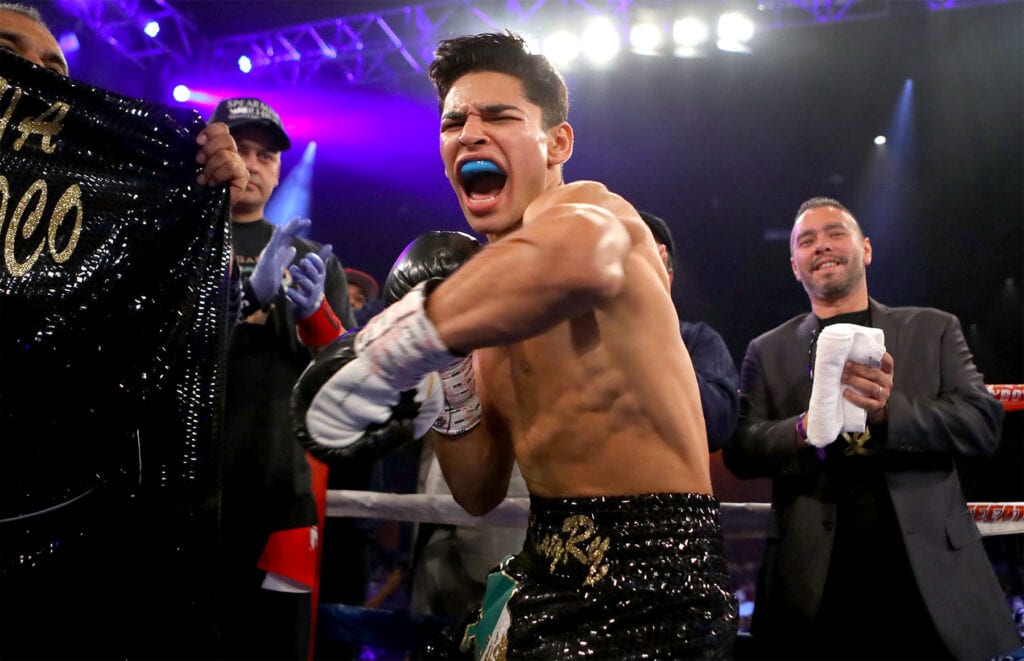 So much for Tank Davis, much less, Manny Pacquiao. Instead, rising Lightweight contender Ryan Garcia will reportedly next face veteran contender Javier Fortuna in July.

Mike Coppinger of the Athletic broke the story on Friday night that one of the most popular fighters on social media in all of the sport and the WBC’s #1 Lightweight will battle later this summer at a location to be determined,

Sources: Ryan Garcia and Javier Fortuna have agreed to terms for a 135-pound fight set for July on DAZN. Bout will land in either L.A. or Las Vegas. Another tough test for Garcia on the heels of breakthrough win over Luke Campbell. Deal avoids purse bid https://t.co/3ye2rjzw5L

When last we saw Garcia, he was improving to 22-0 and solidifying his standing for a world title shot, when dispatched England’s Luke Campbell with a single body shot KO on January 2nd in Dallas.

However, Campbell did test Garcia’s chin that night. This, as he floored the Californian for the first catching him flush with a left hook midway through the second round and dropping Garcia onto the seat of his pants.

Garcia got up, shook it off, and went on to control the fight before the knockout blow.

That fight set Garcia as the mandatory challenger for unbeaten, WBC World Champ Devin Haney, who was ringside in Dallas that January night.

However, when the fight was done, Garcia made clear that wanted the unbeaten, two division World Champ Davis in his next bout.

“I want to be a man of my word. I want to fight ‘Tank’ (Davis). I’m ready for it. This fight I put down an Olympic Gold Medalist. Lomachenko couldn’t stop him. Linares couldn’t finish him. I showed today, I’m special,” Garcia said.

He subsequently was part of a Mike Tyson video/podcast interview, where Tyson got Davis on a video call and he and Garcia exchanged insults playfully and talked about setting a fight date. That obviously isn’t happening next.

Also, Garcia and his promoter, Oscar De La Hoya, tried to engage seven division world champ Manny Pacquiao about a bout later in the year. However, that’s problematic, because Pacquiao reportedly still has obligation to Premier Boxing Champions. And, they aren’t inclined to deal with Golden Boy.

It was already announced earlier this week that the WBC champ Haney will fight Jorge Linares coming Memorial Day Weekend in Las Vegas.

Meanwhile, the Garcia opponent and 31 year old Dominican Fortuna lost in a bid for the IBF Lightweight title to Robert Easter in January 2018. He has, however, won his last three fights and is 36-2-1.

As Coppinger further reported, either Las Vegas or Los Angeles are being targeted for the Garcia-Fortuna bout. That is with the belief that some fans can attend later this Summer.