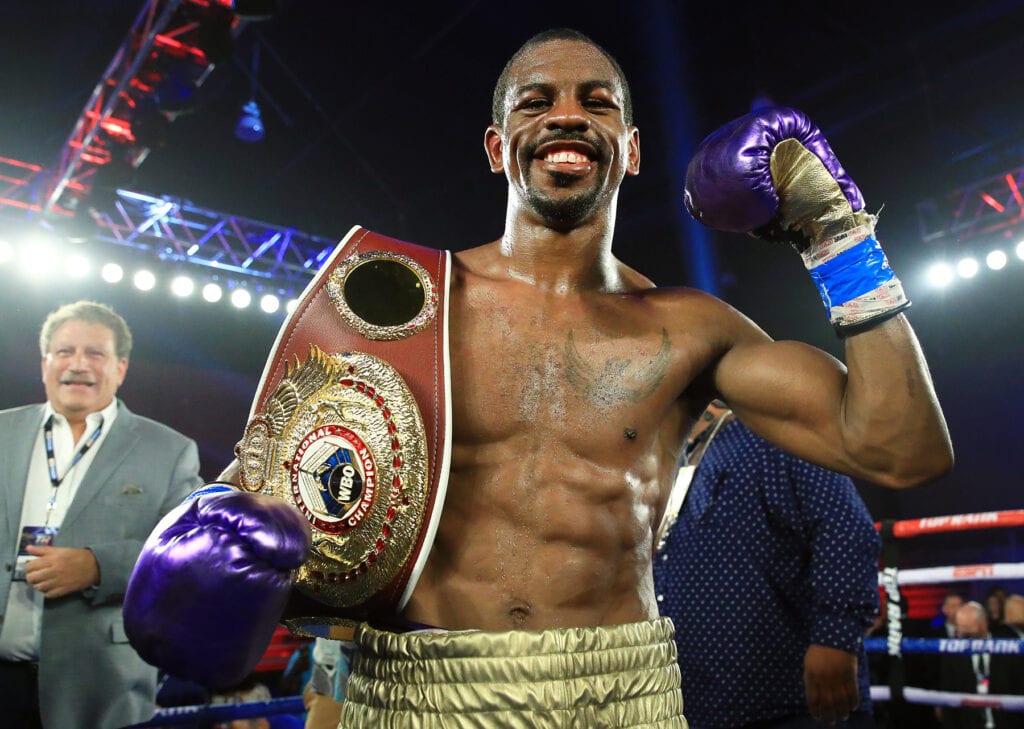 And, we expect that this one will be some “old school” boxing, mixed with some gritty, tough slugging in a scheduled 12 rounder.

Herring is making the third defense of his WBO 130 lb. title against a man who has already plainly said that if he doesn’t get it done tonight/recapture a world title, he will retire. Of course, boxers love to say that, but at 34 years old, Frampton has a legitimate case that his championship stage invites may be done, if he doesn’t get the “W” in the Middle East.

Hear us discuss this bout in full detail on our “Big Fight Weekend Podcast” as Sr. writer for BigFightWeekend.com, Marquis Johns and Abe Gonzalez of NYFights.com joined me this week!

It remains to be seen what Herring would do, if he’s beaten on Saturday night, and there is apparently a rematch clause available to the loser, as well.

The long delayed title fight was supposed to have happened late last year, but was moved to late February and to originally be held without fans, in a London TV studio. However, two weeks before the rescheduled bout, Frampton, 28-2, claimed to have a hand injury (which he repeated on Thursday), but boxing insider Dan Rafael reported that actually, it was that there were money issues due the lack of crowd that were delaying the bout.

And, further to got with the money problems, Top Rank Boxing had made clear to Herring that there was no TV agreement to show the fight live in the U.S. Obviously, a disaster for him from a publicity and future earnings standpoint.

The fight was then rescheduled, again, for the UAE and Frampton’s hand is apparently better.

Meantime, the 35 year old former two tour of duty Marine Herring is 22-2, and has had his own health adversity. This after having contracted and then, overcome Covid 19 in August. That delayed his WBO title defense in Las Vegas with little known journeyman Jonathan Oquendo for several weeks.

But, Herring eventually won a sloppy DQ, as Oquendo was more interested in mauling and fouling him.

Now, it’s Herring’s biggest stage, named opponent and payday. It’s a very intriguing fight for these two veterans on neutral desert soil. And, the loser could very well be done.

Then again, it’s boxing and if the fight is really good or great one, there’ll be lots of money and interest in a rematch, too