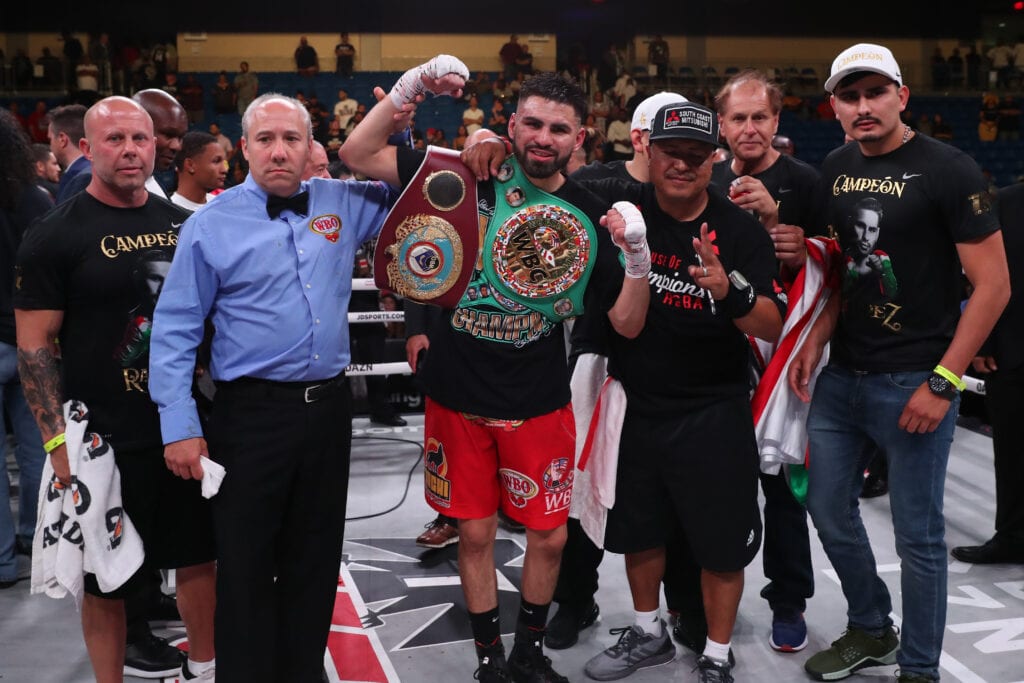 Report- Ramirez-Postol back on in May

The Jose Ramirez and Viktor Postol matchup may still take place after all this year.

Mike Coppinger of The Athletic reported late Tuesday night that sources close to him stated that the WBC/WBO junior welterweight champion Ramirez and challenger Postol bout would take place in Fresno, California on May 9th. Makes it a short trip for Ramirez as he is a native of Avenal, about an hour plus trip away.

The coronavirus amongst its worldwide outbreak postponed the anticipated matchup of unified junior welterweight champion Ramirez and Postol. It was to take place from Mission Hills Haikou in Hainan, China on February 1st.

We reported here last month that the outbreak stopped anyone from traveling into the country of China and then had accounted for 800 people in the country and 26 deaths at the time.

As of Tuesday night, the Chinese government reported a total of 44,653 cases confirmed, and 1,113 people have died in the country.

Sources: Jose Ramirez’s unified title defense vs. Viktor Postol will headline ESPN on May 9 in Fresno, California, the city near Ramirez’s hometown where he’s fought eight times as a pro. Ramirez-Postol was slated for Feb. 1 in China, but was postponed due to coronavirus outbreak

Ramirez (25-0, 17 KOs) won the WBC world title in March 2018, prevailing via 12-round shootout against Amir Imam in New York City. He defended that belt twice at the Save Mart Center in Fresno before stepping up to fight Hooker. His return was slightly delayed, as recovered from surgery on his left hand, to repair an ongoing injury.

A 2012 U.S. Olympian, Ramirez fought in China in 2015 at Cotai Arena in Macau, improving to 15-0 with a third-round stoppage over Ryusei Yoshida.

Postol (31-2, 12 KOs) has spent the majority of his 12-year career as a super lightweight and nearly a decade at, or near, the top of the division. He stunned the boxing world in October 2015 when he dethroned Lucas Matthysse via 10th-round KO to win the WBC world title.

In his next fight, he was blunted over 12 rounds by Terence Crawford in a unification bout. He is 3-1 since the Crawford defeat, dropping a 2018 decision to Josh Taylor. He earned the WBC’s mandatory shot at Ramirez in April with a unanimous decision over Mohamed Mimoune.

The matchup was missed when it was taken off the calendar, and with this bout taking place, which isn’t an easy one for Ramirez, it will hopefully lead to the much-anticipated unification bout against Josh Taylor some point in 2020.

Banner Promotions signs Jamshidbek Najmitdinov
Cobbs ready to shine on Valentine’s Day
Advertisement
To Top
We use cookies to ensure that we give you the best experience on our website. If you continue to use this site we will assume that you are happy with it.Ok