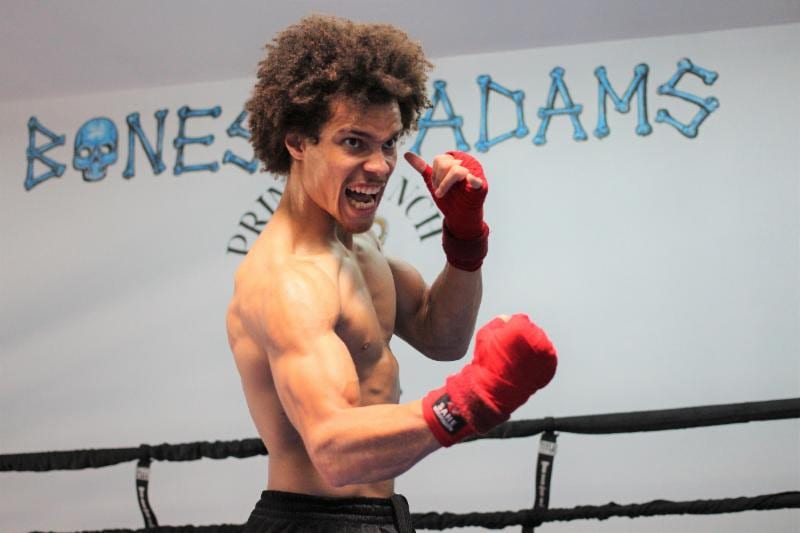 Blair “The Flair” Cobbs (14-0-1, 10 KOs) hosted a Las Vegas media workout this past Saturday in preparation for his upcoming bout against Samuel Kotey (23-2, 16 KOs) which takes place Friday, February 14 at the Honda Center in Anaheim, California.

Cobbs, who is managed by Greg Hannely of Prince Ranch Boxing and promoted by Golden Boy Promotions, will make his 2020 debut as part of Ryan Garcia versus Francisco Fonseca card, which will air live on DAZN at 7 p.m. ET / 4 p.m. PT.

Don't miss @blairtheflair_ back in action Feb. 14th, as he looks to start the year as successful as it ended!#GarciaFonseca @DAZN_USA pic.twitter.com/5Wh7RAUBkT

“This camp has been amazing. I’ve had nothing but the greatest sparring partners to get prepared for this upcoming bout. My trainer Brandon Woods has been sharpening up my tools and I’m ready to perform at my best on fight night. Everyone can expect to see the best Blair “The Flair” Cobbs possible. This is a sport filled with entertainment and I call myself “The most exciting man in Boxing,” Cobbs said at the workout.

“On Valentines Day, I’m going to steal the show and all the fans watching on DAZN will see an amazing performance from me. My opponent, Samuel Kotey, is a tough hombre who is coming to win, but I have other plans for him. There is nothing he can do that will outmatch my skill and desire to win this fight.”

“It’s been a wonderful experience having the Mexican fans behind me being that they know that’s where I first learned how to box when I fled to Guadalajara, Mexico. It’s been a hell of a journey coming back to the United States from Mexico, where I learned to fight the Mexican style, always throwing big shots to entertain the fans. Fighting in the amateurs in Mexico is like fighting in the pros. Sometimes we didn’t use headgear. It was crazy, but it made me the fighter I am today.”

Report- Ramirez-Postol back on in May
Garcia-Fonseca Media Workout Quotes
Advertisement
To Top
We use cookies to ensure that we give you the best experience on our website. If you continue to use this site we will assume that you are happy with it.Ok