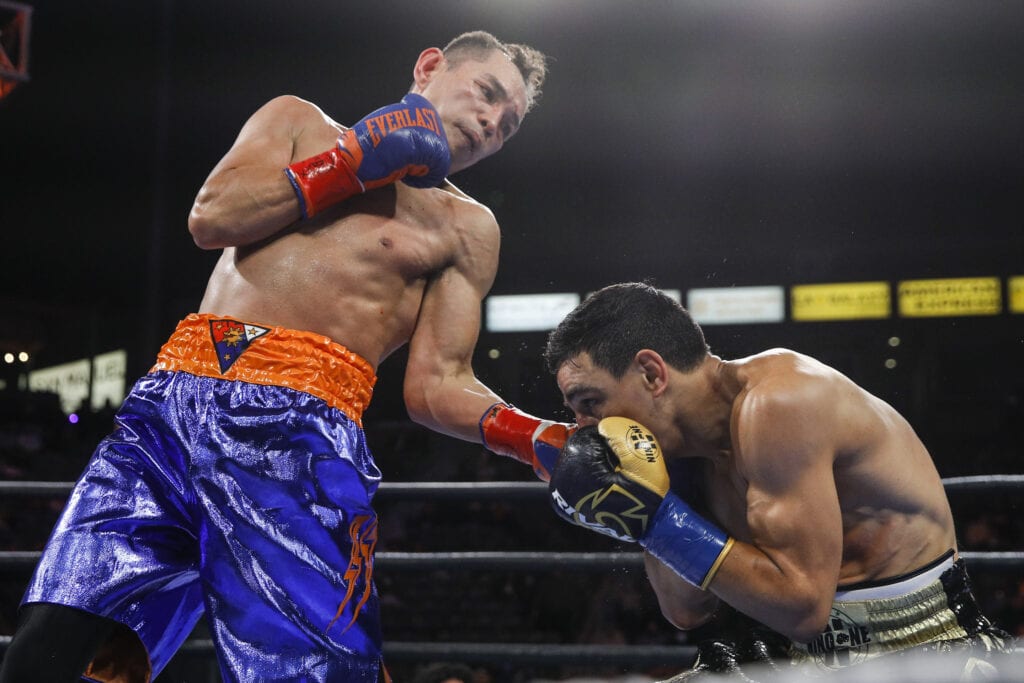 Boxing Scene’s Keith Idec reported Saturday afternoon that the 38 year old Donaire has been “subbed in” for Guillermo Rigondeaux, who was slated to fight Casimero on August 14th,

Showtime had previously announced the Riel Casimero-Rigondeaux WBO title bout as part of a triple header for August 14th. However, the Donaire fight would be much more attractive and led to switch. Idec reports that the 40 year old Rigondeaux will potentially fight on the undercard, now in August.

Donaire 41-6, 27 KOs made history in California in May, when he became the oldest World Bantamweight Champ ever with a 4th round KO of previously unbeaten WBC champ, Nordine Oubaali. Donaire scored two knockdowns in the third round, with the second one coming controversially just after the bell.

Donaire dropped Oubaali again, less than a minute into the fourth round and referee Jack Reiss stopped the bout.

Donaire was in a hotly contested 12 round battle with Japan’s Naoya “The Monster” Inoue for the World Boxing Super Series finale’ in December of 2019. The Monster defeated the veteran by decision in a wild fight were both fighters were hurt and Inoue overcame a fractured eye orbital.

The Monster fights Saturday night in Vegas defending his WBA and IBF 118 lb. titles, and could be ready for a fight later this year against Donaire. The two actually met up in Las Vegas yesterday prior to Inoue’s weigh in for his fight.

As @naoyainoue_410 returns to the ring this weekend, a reunion with @filipinoflash and talk of rematching the 2019 Fight of the Year added a wrinkle Thursday. 👀

Then, again, Riel Casimero, 30-4, 21 KOs, could get the shot at Bantamweight Undisputed status.

He became WBO champ with a third round KO of Zolani Tate in England in November 2019. Riel Casimero successfully defended his belt destroying previously unbeaten Duke Micah by second round KO on Showtime from their fight “bubble” at the Mohegan Sun Casino in Connecticut last September.