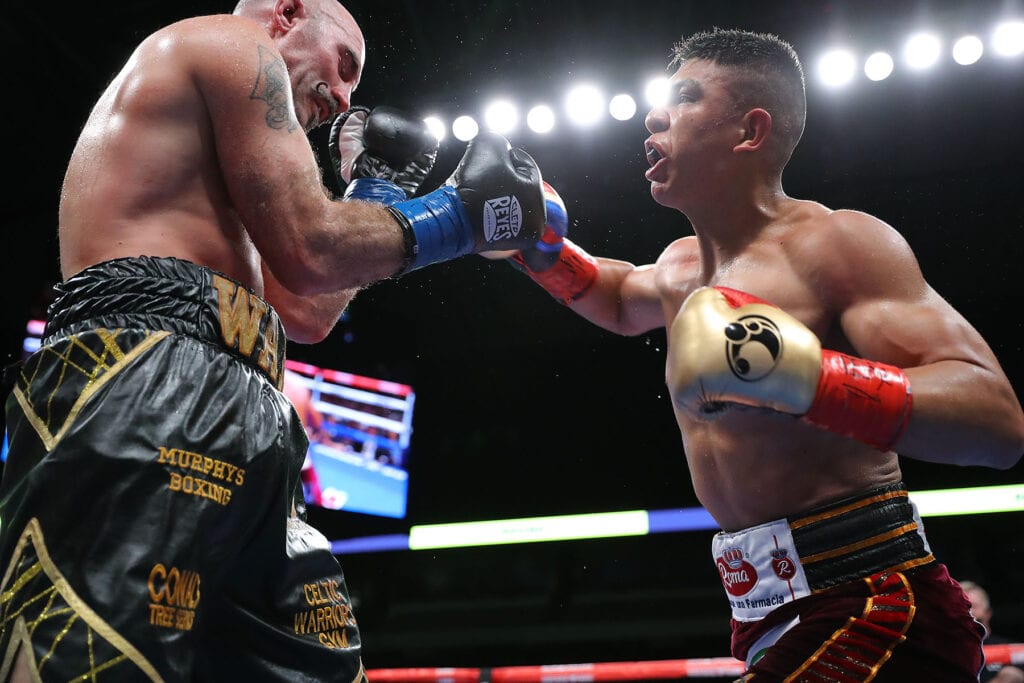 The hard luck of finding an opponent for WBO #1 Middleweight Jaime Munguia continues. This with a report out Tuesday morning that his on, again, off, again, bout with Polish contender Maciej Sulecki that was re-scheduled for June 19th, is….back off, again.

Przemek Garczarczyk, internaional editor of Fightnews.com, had the info first on social media,

While Garczarczyk did not elaborate beyond the tweet, he does reference Sulecki’s promoter Andrzej Wasilewski, as saying the bout rescheduled for El Paso as the main event for Golden Boy Promotions/DAZN is not going to happen.

Munguiza 36-0, 29 KOs is the former WBO 154 lb. World Champ, who after five title defenses moved up to Middleweight nearly two years ago. He earned the top ranking by the WBO by defeating Spike O’Sullivan and most recently in the ring in a stoppage of Tureano Johnson last October.

Sulecki is a Polish contender at 29-2, 11 KOs, who has scored knockout victories against Hugo “The Boss” Centeno Jr. and countryman Grzegorz Proksa. The 31-year-old has only suffered two defeats, which were against Daniel “The Miracle Man” Jacobs and WBO World champ, Demetrius “Boo Boo” Andrade.

Sulecki suffered an elbow injury in training in early April. That’s when Golden Boy found unbeaten D’Mitrius “Big Meech” Ballard, who was to have been the Munguia opponent at the headliner. Then, Ballard also suffered an injury the week. before the fight, scrapping the whole card at that time.

The Munguia-Sulecki fight was to have been the final step for the Mexican contender to get a shot at the unbeaten American Andrade later this year. Obviously, the time line on that defense by Andrade could get moved up to earlier in the fall, if he and Munguia can agree.

Then again, Golden Boy needs an opponent and a main event to keep the long delayed June 19th show in tact, yet again. So, you wonder if that will take precedence in the short term for Munguia’s next outing?