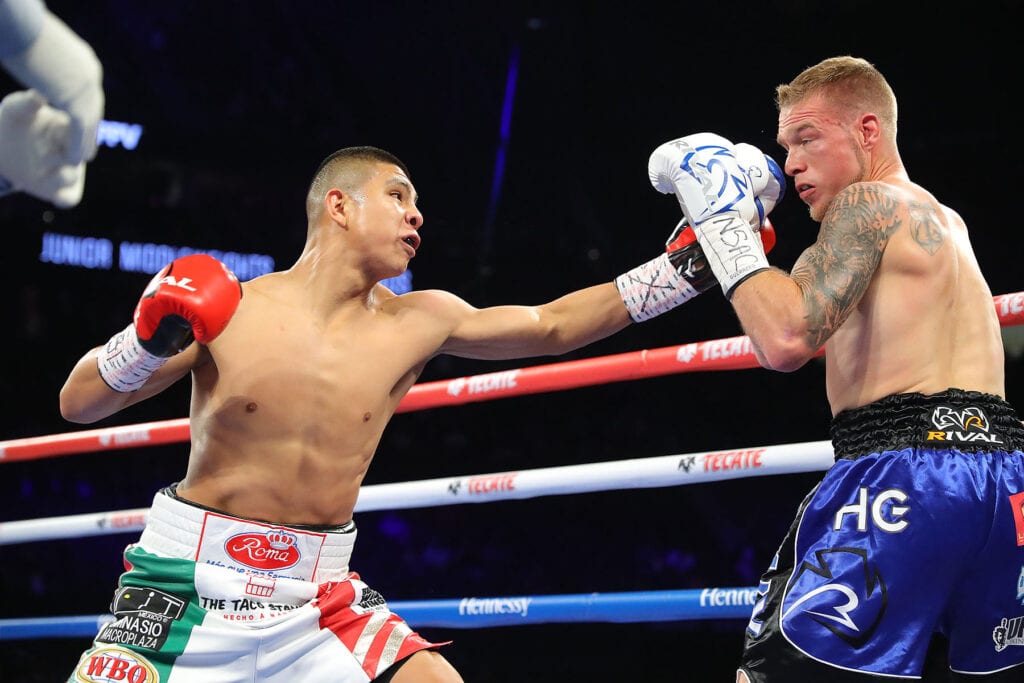 Report- Jaime Munguia back in action in January

Still trying to keep himself viable for a possible fight down the road with either Canelo Alvarez or Gennady Golovkin, WBO Junior middleweight champion Jaime Munguia will apparently be back in the ring making a defense in January.

This according to a report from ESPN boxing Insider Dan Rafael, who says Munguia will be fighting at the Alamodome in San Antonio with an opponent still to be chosen:

Plans are in the works for junior middleweight world titlist Jaime Munguia to return to action Jan. 11 (DAZN) at the Alamodome in San Antonio, Golden Boy Promotions told ESPN on Monday. The likely opponent is Ireland's Gary "Spike" O'Sullivan, who has… https://t.co/7I2Q8USFIM

Rafael reported that the name being most considered is “Spike” O’Sullivan, who’s a 35 year old journeyman from Ireland with a 30-3 record. O’Sullivan has only fought once this year, and that was a TKO win in March.

The 23 year-old Munguia is 34-0 with 27 KOs and will be making the sixth defense of his WBO 154 lbs. championship. He had been hoping to be an opponent of Canelo’s this fall, while Alvarez struggled to come up with a suitable fight site and date with Golden Boy Promotions and DAZN streaming service. Eventually Canelo elected to move up to Sergey Kovalev earlier this month and knocked him out in the 11 round to capture the WBO Light Heavyweight Title.

So, Munguia took a title defense against Patrick Allotey and knocked him out in the fourth round in September in Carson, CA.

There had been some talk that Munguia would be involved in a rematch with Dennis Hogan, an Irish born junior middleweight contender who now lives and trains in Australia. Hogan fought a hotly-contested battle with Munguia in Mexico in April that many believed he won. Mungia, who admitted he didn’t know much about Hogan to prepare, escaped with a majority 12 round decision.

However, Hogan has instead agreed to move up to middleweight to challenge Jermall Charlo for his title in December at the Barclays Center in Brooklyn, NY.

It is expected that Munguia will headline on the DAZN show from the San Antonio and could eventually find his way into a battle with Golovkin. That’s if and when, GGG makes his next middleweight title defense later in 2020.