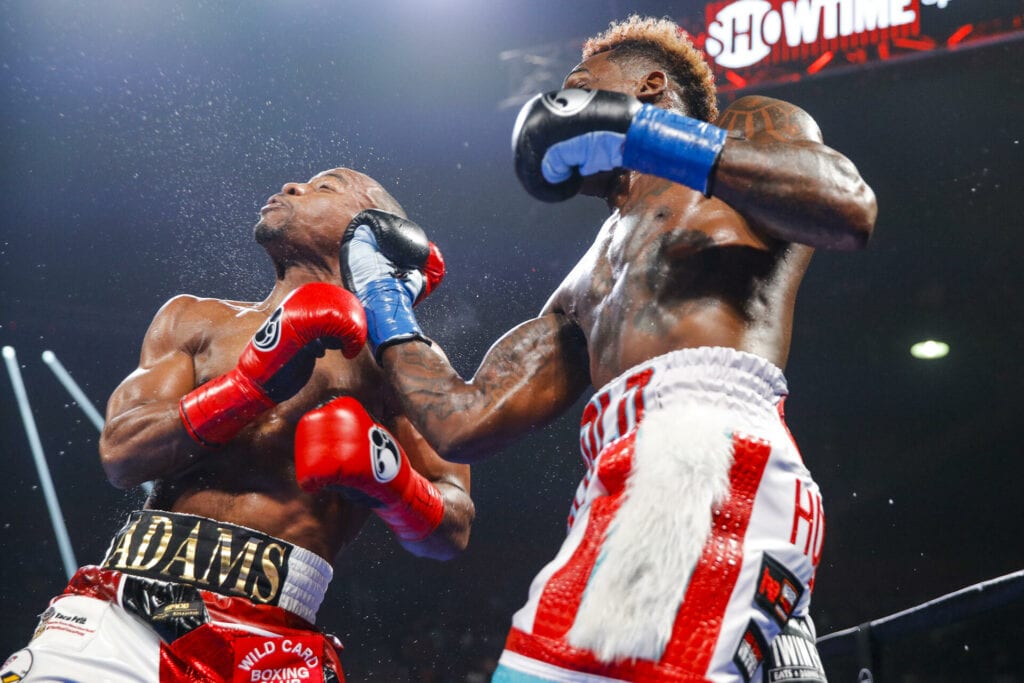 Charlo-Hogan official for December in Brooklyn

Tickets for the live event, which is promoted by Lions Only Promotions and TGB Promotions, are on sale Monday, October 14, at 10 a.m. ET and can be purchased at ticketmaster.com and barclayscenter.com. Tickets also can be purchased at the American Express Box Office at Barclays Center, starting Tuesday, October 15 at 12 p.m. ET. Group discounts are available by calling 844-BKLYN-GP.

Charlo is coming off a victory back in June in his native Houston where he beat Brandon Adams by unanimous decision. In that contest, Charlo (29-0, 21 KOs) won by the scores of 120-108 by two judges and 119-109 by the third one in a contest that he was in control throughout the fight  This despite suffering an injured hand in the fight.

This title defense will be his second of the WBC Middleweight title since they “franchise-tagged” Canelo Alvarez, essentially giving the title from Charlo out of the interim status.

Hogan (28-2-1, 7KOs) is coming off of a controversial decision that saw him narrowly lose out to WBO middleweight champion Jaime Munguia in a contest that a lot watching thought he had won. Many thought that he would get an immediate rematch with Munguia but that never happened, as Munguia fought on Mexican Independence Day weekend and stopped Patrick Allottey.

This matchup on paper is a good one and one that many may want to pay attention to. Charlo will have a  solid matchup and Hogan is getting a second chance at a championship belt after coming off a perceived victory down in Mexico City against Munguia.

For Charlo, this also will be a step up in competition, as Hogan will resent more problems in the ring than the undersized Adams posted for him in his homecoming Houston bout in June.