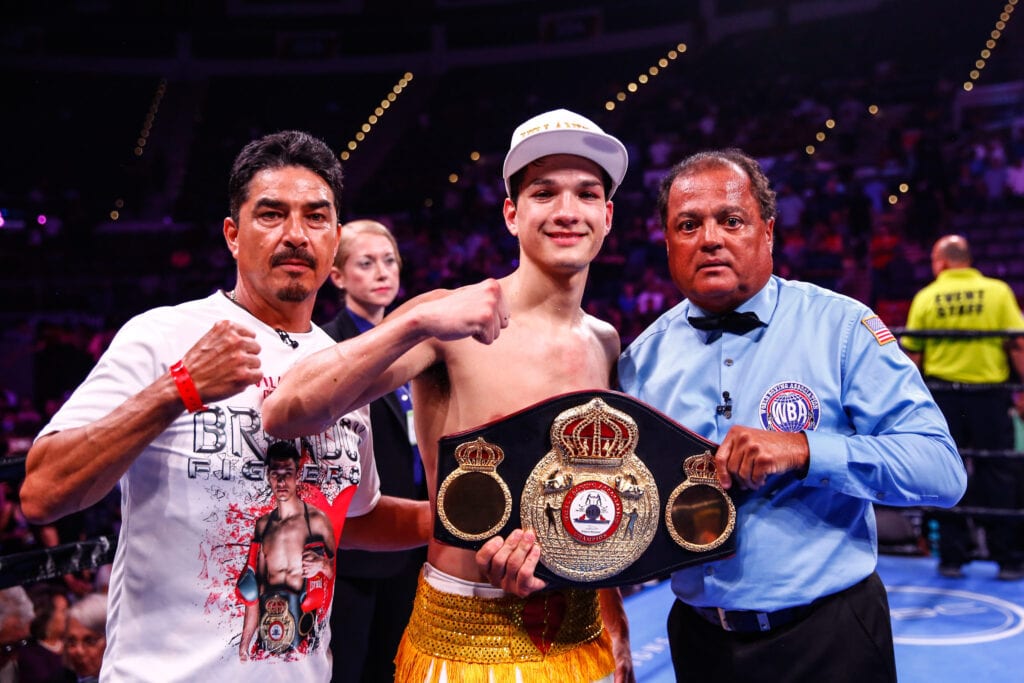 Figueroa looking to retain against Ceja

WBA Super Bantamweight interim champ Brandon Figueroa is coming off a homecoming victory in Edinburg, Texas against Javier Chacon in August which for “The Heartbreaker” a one-sided contest.

His next title defense looks to be a little tougher in the form of former titlist Juilo Ceja.

Ceja was last in action against Guillermo Rigondeaux on the same card that Jermell Charlo stopped Jorge Cota back in June. Figueroa in speaking with the media let them in on what he has to do to remain champion.

“I know that Julio Ceja is going to come and fight,” Figueroa said in a media conference call. “Or I can box him or I can fight him inside. I am an excellent fighter. I can fight It will be interesting, but I know I have more skills. I definitely have the power and watching his fight against Rigondeaux, I don’t know if he has resistance. So I have to work the body, something I was used to doing, and that chin.”

"I pride myself on my discipline. I learned what it will take to become a champion. It meant making a lot of sacrifices and missing a lot of things." — WBA 122-pound Champ @BrandonLeeFig, who faces former titleist Julio Ceja Nov. 23 on @PBConFOX PPV.

Figueroa is looking to use the match against Ceja not only as a earning experience, but also a chance to get rounds in against a game Ceja.

“He (Ceja) has dropped many times with that left hook, so that is something I have to make sure he lands,” Figueroa said. “I know this is not going to be an easy fight, but I am definitely working very hard to make it easy and make fighting night easy, and although it won’t be easy, you should always believe in yourself and plan for it. as if it would be easy but. I know I’ve been on a knockout streak, but I don’t plan to knock him out. I will go there and make sure that my plan works well and that I get the W as I can.”

If Figueroa’s plan works on Saturday night in Las Vegas on the Wilder-Ortiz 2 pay-per-view, it will.