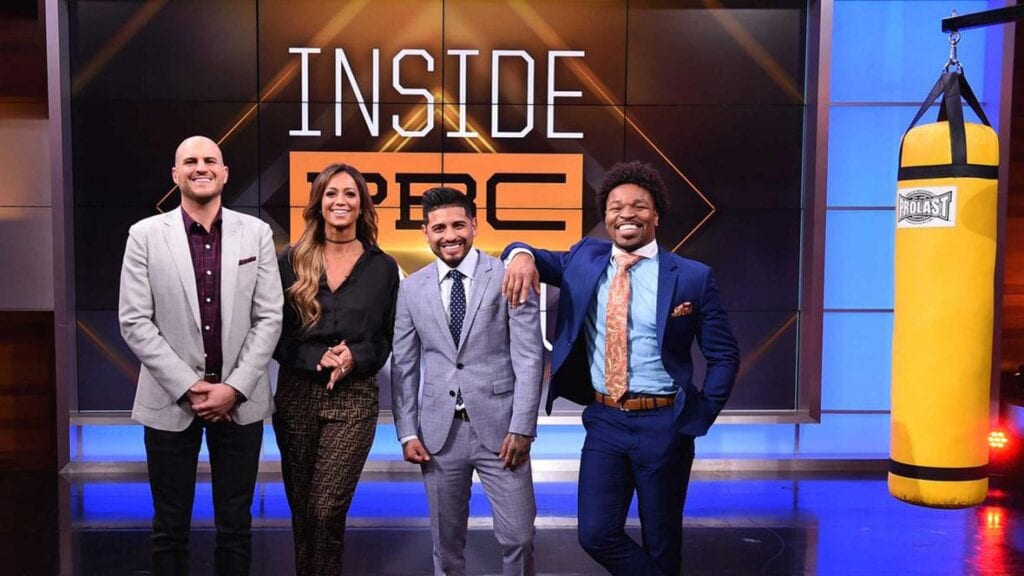 Report- Fox cancels “Inside PBC Boxing” series due to Covid 19

Fallout continues from the Covid-19 pandemic and a report on Monday afternoon says that Premier Boxing Champions and Fox Sports are doing away with their regular studio show promotional program.

Sports Business Journal senior writer and columnist John Ourand tweeted Monday afternoon that Fox has decided that “Inside PBC Boxing,” which has been on hold since the sport ground to a halt in mid-March, will not be returning:

FS1 is scaling back production on its boxing and WWE shoulder programming. "WWE Backstage will not longer be produced weekly. It is eliminating "Inside PBC." Double digit job losses as a result. SBJ Media will have the full story tonight.

“Inside PBC Boxing” would also frequently feature Premier Boxing Champions stars, who were specifically either promoting their upcoming bouts or giving inside info and reaction to their previous fights on Fox.

PBC and Fox did a multi-year deal in September of 2018 for the television network to show multiple fights monthly on either Fox Sports over-the-air Network or on the Fox Sports 1 cable channel. “Inside PBC Boxing” and it’s production out of the Los Angeles, Fox Studio were included in the agreement.

Abdo acknowledged the cancellation, when media members and fans began to give her well wishes later Monday:

Thank you Dan! I appreciate that ?? We loved making the show.

Now, welterweight contender Jamal “Shango” James and Thomas Dulorme will reportedly battle in a 12-round main event for the WBA “Interim” 147 pound title coming Saturday night July 25th as “PBC on Fox” returns. The original fight was to have been fought in April in Minneapolis, but now, will likely be at the Fox Television Studios in L.A. without fans.