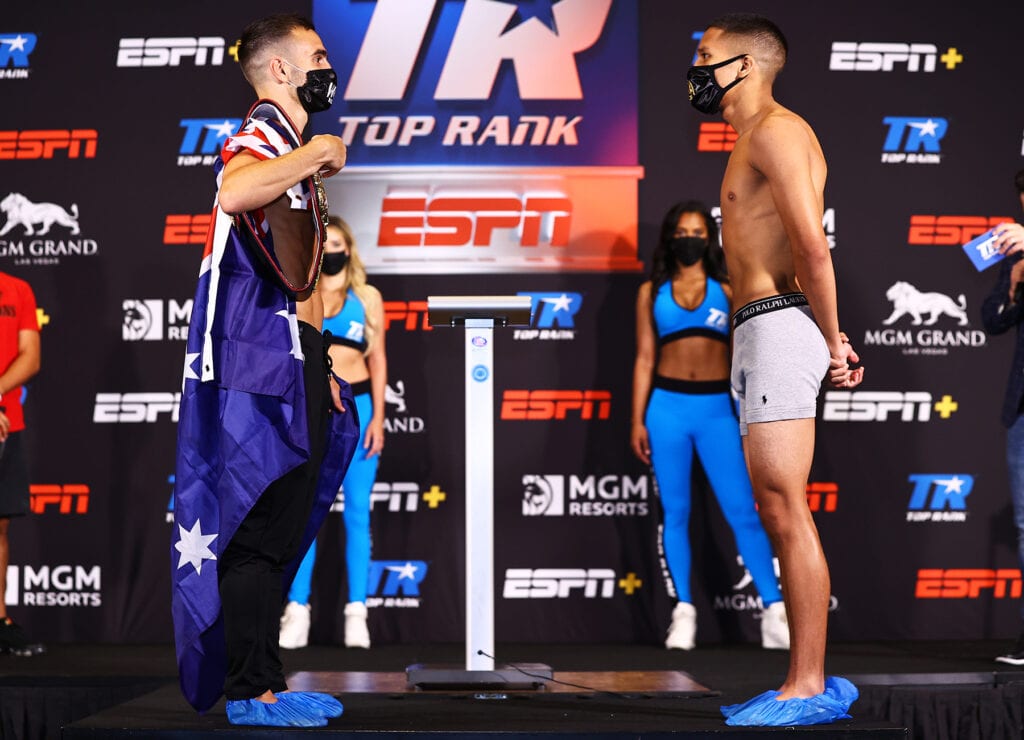 Andrew Moloney, as well as his twin brother Jason, received a travel exemption to fly over from Australia in May to fight in Las Vegas for the contest. He told Boxingscene that he looking to use the fight to boost his profile in the world of boxing. Andrew is in action to headline the show tonight, while Jason is set to headline his own at the end of the moth.

“This is a big opportunity for me to increase my profile,” Moloney (21-0, 14KOs) told BoxingScene.com of his upcoming fight tonight. “This is my chance to introduce myself to a worldwide audience and make a name for myself.”

“It sets me up for bigger and better things in the future. Now here I am fighting in America, June 23 at the MGM Grand. It’s another dream come true.”

The first title fight of the TR on @espn Summer Series is official ? The WBA Super Flyweight strap is on the line.

While Moloney is looking for exposure, Franco comes into this contest looking to pull off the upset and capture the title. Franco moves down from Bantamweight (118 lb.) and is looking to become champion with hopes of taking on Roman “Chocolatito” Gonzalez.

“Getting the world title, that opens up big doors for me, puts me on top,” Franco told BoxingScene.com in an interview. “You know, I could fight Roman Gonzalez next, even [Juan Francisco] Estrada. Those are the goals.”

For those who have been watching the 24-year old Franco, it’s refreshing to see him take on someone not named Oscar Negrete, who he has faced three times with the last two being competitive draws.

Betting lines have the 29-year-old Moloney as a 9-1 favorite to defeat Franco, the WBA’s 12th-ranked contender for his title in this bout to close out the ESPN broadcast.