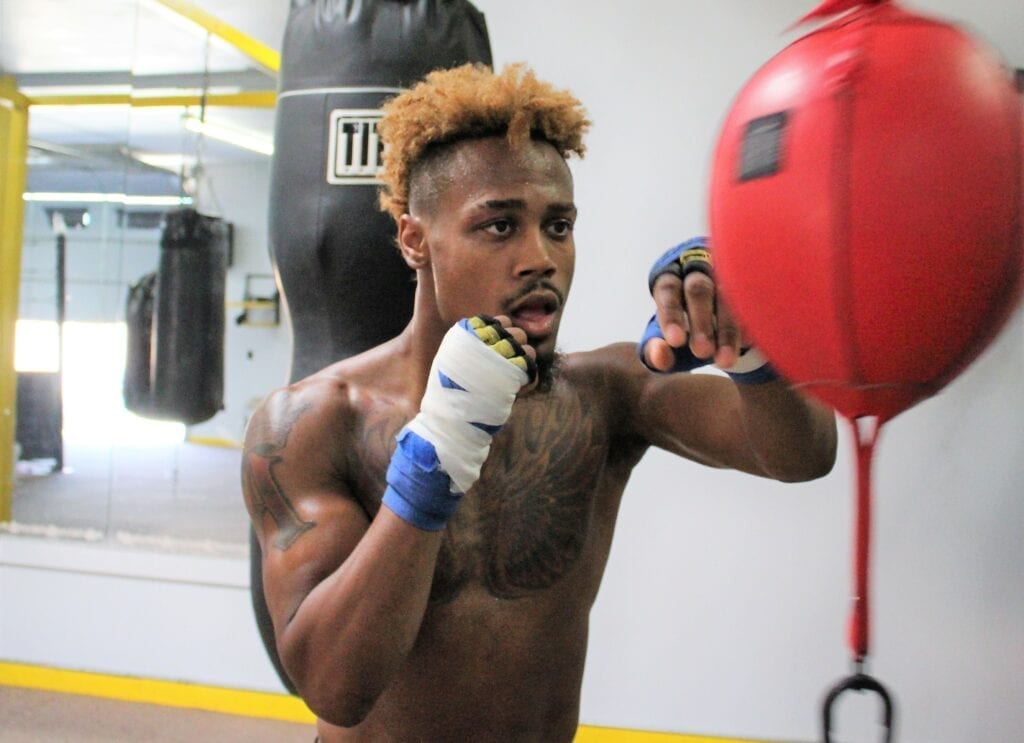 A fight Im being told that is being discussed (not finalized) is between former unified 122 pd champion, Danny Roman, and highly rated contender, Raeese Aleem, for Sept 11th on the Fulton-Figueroa undercard SHO. That's would be a very solid co-feature #boxing

When last we saw Roman (29-3-1), he was in action in May in a unanimous decision win over Ricardo Espinoza on the undercard of Figueroa’s seventh round KO of Luis Nery for the WBC belt in Carson, CA.

As our Marquis Johns wrote,

Espinoza (five inches shorter) was having some success at first with his inside fighting approach, but as the fight grew on, Roman was able to time these shots up and was scoring consistently. It made for a very close fight to score early on.

In the later rounds of the fight, the Los Angeles native Roman was able to land whenever he was in range with uppercuts to Espinoza, which would effectively seal the decision for him in the fight. But, to his credit Espinoza still pressed on.

As for Aleem,  the Michigan native destroyed Victor Pasillas with four knockdowns and an eventual 11th round KO in January at the Mohegan Sun Casino “bubble” in Connecticut. That win put him at 18-0 12 KOs and has Aleem fast rising towards a title shot.

Obviously, this bout with Roman would be his most “named” opponent to date. And, it puts the winner in prime position to get the Fulton-Figueroa winner next, probably in early 2022.

The battle for those two unbeatens champs will headline Showtime Championship Boxing’s card that night at a venue still to be determined.