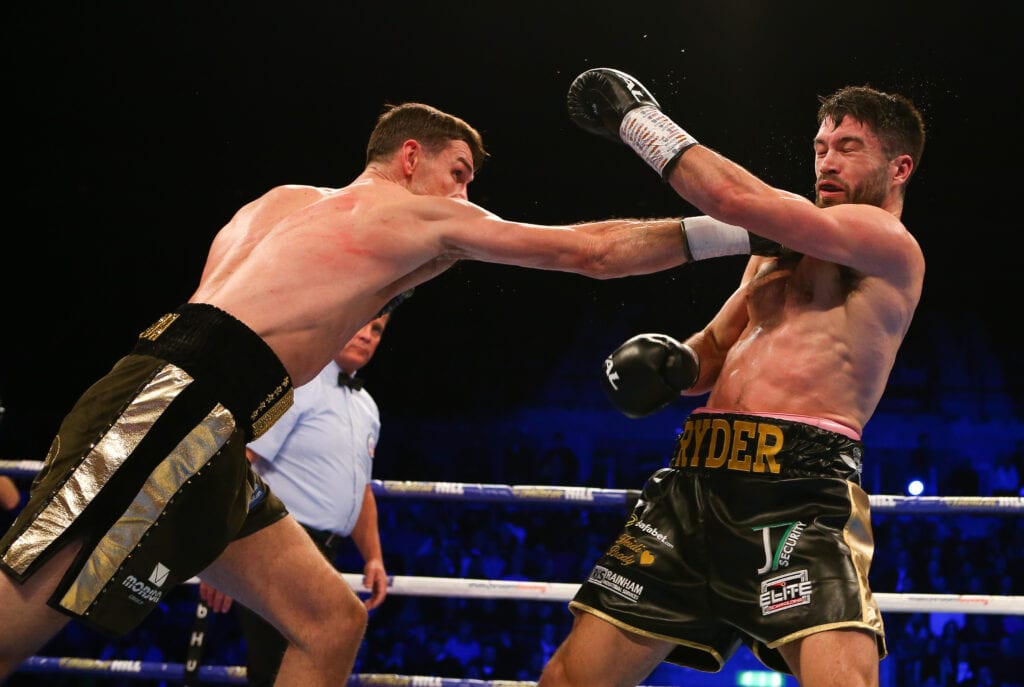 Word broke out Wednesday night that in what would be the most “boxing thing in 2020” with the potential matchup between Canelo Alvarez taking on current WBA titleholder Callum Smith. Multiple outlets have reported this varying from ESPN Deportes and Dan Rafael for Boxingscene.com.

Matchroom promoter Eddie Hearn clarified to Rafael that they are in talks and that nothing is officially reached.

“Talks are ongoing with Team Canelo, and it would be an honor to reach an agreement on this tremendous fight with Callum Smith,” Matchroom Boxing’s Eddie Hearn, Smith’s promoter, said to BoxingScene on Wednesday night.

Hearn’s comments coincide with what Mike Coppinger of The Athletic tweeted out as well.

Just spoke to @EddieHearn, he tells @TheAthletic that talks are ongoing toward a potential super middleweight title fight between Canelo Alvarez and Callum Smith in December on DAZN. No agreement yet but optimism something can be struck soon

For the most part, it’s fantasy booking right now but seems to rule out the idea of a matchup reported last week with current IBF champion Caleb Plant.

This seems like another chapter in “As Canelo World Turns” and seems to be another angle in the story.

Interestingly, the fight with Smith is that before the pandemic, he was originally an option but that instead went to Billy Joe Saunders before that all fell thru. Hearn told Boxingscene that the fight would be a one-fight deal and shoehorned that if the agreement worked, he could land a third fight with Gennadiy Golovkin, the streaming network DAZN wanted all along since they signed Golovkin to a long term deal.

The problem with that angle is that Canelo has made it pretty clear that he doesn’t want to fight Golovkin, as that was one of the many complaints in the lawsuit he had, which resulted in being released out of his contract with Golden Boy Promotions and DAZN.

The second angle is the one with Plant, which per sources to Boxingscene was part of a three-fight deal with Premier Boxing Champions. That fight was planned for the weekend of December 19 per reports last week, but that all seems to be all nixed.

Let’s also not forget about the third angle of Avni Yildirim, who was ordered to face Canelo for the vacant WBC super-middleweight belt back in August.  Yildirim speaking with Sky Sports, is still waiting and ready to challenge whoever for the title.

“The WBC ordered me to fight Canelo, and I have been ready,” Yildirim said to Sky Sports.

So which one of these lucky fighters gets to take on Canelo? Your guess is as good as mine, but the list of suitors isn’t small, just a matter of when.