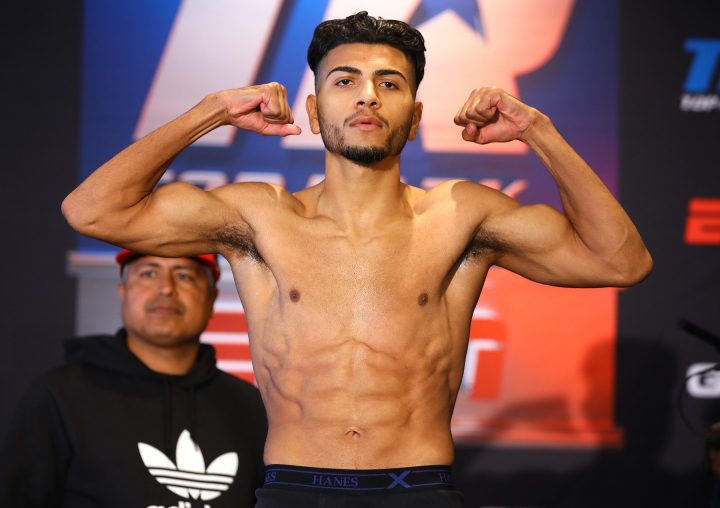 Presented by Top Rank and TGB Promotions, Crawford-Porter will be a Top Rank PPV exclusively on ESPN+ in the United States at 9 p.m. ET/6 p.m. PT. Limited tickets are still available and can be purchased by visiting AXS.com.

Muratalla (12-0, 10 KOs), who trains with Robert Garcia in Riverside, California, has won seven consecutive bouts by knockout. Araujo (21-3, 8 KOs) has never been stopped as a professional, and his only two lightweight defeats have come via close decision. He was supposed to fight Joseph Adorno in Las Vegas on Nov. 5, but the bout was scrapped after Adorno missed the contract weight.

One of the biggest nights of boxing this year will see action from the first bell Nov. 20 at @MandalayBay. #CrawfordPorter pic.twitter.com/t8HdpNbeuN

Balderas, the fighting pride of Santa Maria, California, lost his unbeaten record with a shocking knockout loss to Rene Tellez Giron in December 2019. After the setback, Balderas changed managers, signed a promotional contract with Top Rank, and linked up with noted trainer Buddy McGirt. He came back in August with a second-round knockout over Fidel Cervantes. Cortez, a seven-year pro, has never been knocked out.

Johnson, from Cleveland, Ohio, advanced to the quarterfinals of the welterweight bracket at the Tokyo Olympics before losing a decision to eventual gold medalist Roniel Iglesias (Cuba).