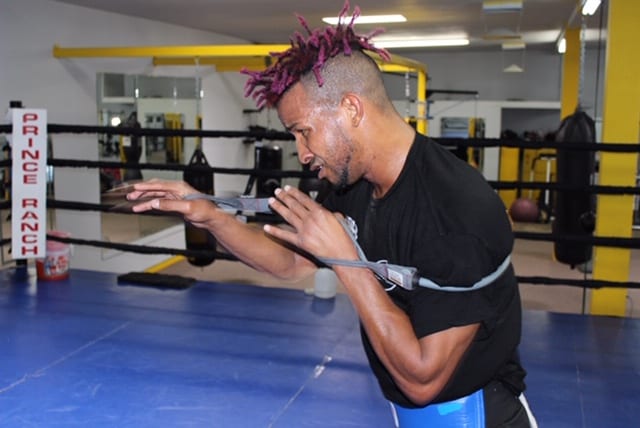 Former two-division world champion Rances Barthelemy discussed changes he made to his training camp as he prepares for a vacant WBA Lightweight Title match against former lightweight champion Robert Easter Jr. taking place this Saturday, April 27 live on Showtime from The Chelsea inside of The Cosmopolitan of Las Vegas and presented by Premier Boxing Champions.

After suffering the first loss of his pro career in a 140-pound title fight against Kiryl Relikh last March, Barthelemy was victorious in a stoppage of Robert Frankel in December as he prepares to return to the lightweight division to face Easter. Since the loss to Relikh, Barthelemy made fellow Cuban and former world champion Joel Casamayor head trainer as he looks to get back in the title picture.

Here is what Barthelemy had to say to the media from training camp at the Prince Ranch Bones Adams Boxing Gym in Las Vegas:

“Everything has been going well under the guidance of Joel Casamayor and the assistance of my brother Yan Barthelemy and Oscar Vasquez. We have been training twice a day and sparring three to four times a week against solid guys like former world champion and ex-opponent Mickey Bey. Like they say, ‘iron sharpens iron’ and the quality of sparring has been tremendous help in getting me ready for April 27. I feel better prepared both mentally and physically than I did in my most recent fights.”

In regards to seeing challenger Robert Easter Jr. in action:

“I have seen various Robert Easter Jr fights and have been studying him very closely. He’s a great boxer who likes to use his height and reach to his advantage. He’s an ex-world champion who has fought quality opponents. He deserves all of my respect but we are very confident that we will be victorious against him.”

What he took away from his first career loss:

“Most definitely, I have been able to move on and use that defeat as a lesson in my career. They say sometimes we learn more in defeat than we do in victories and that was the case in that fight.”

“Sometimes we do not see clearly when we are winning. Bad habits or little details that need correction are overlooked when you are winning. Sometimes we do not even see them. I feel rejuvenated and we have made many important changes that were necessary for my career. You will see on April 27 that there is still much more left from Team Barthelemy.”

What it means to become a  world champion again:

“We have no doubt that we’ll become champion again for a third time on April 27. This will bring my name back at the top of the sport with many potential big fights to be made. It will mean so much more to me because Cuban boxing has currently gone through a rough patch and this victory will allow Cuba to have a champion once again.”