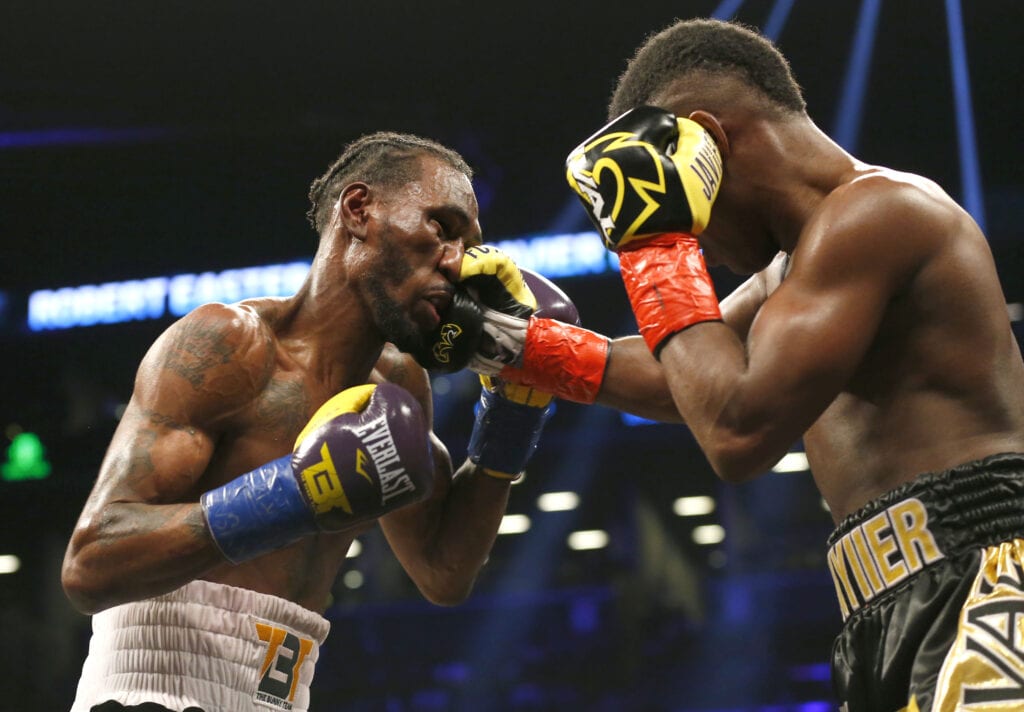 Former lightweight world titleholders Robert Easter Jr. and Rances Barthelemy will face off for the vacant World Boxing Association World Lightweight Title on April 27 in the main event of a Showtime-televised tripleheader (10 p.m. ET) at The Cosmopolitan in Las Vegas, Premier Boxing Champions announced on Friday in a story to ESPN.

Vasiliy Lomachenko, is the unified lightweight world champion, holds the main WBA belt, but Easter and Barthelemy are in action for the regular title.

Easter (21-1, 14 KOs) ofToledo, Ohio, had won a vacant lightweight title in 2016 against Richard Commey and had made three successful defenses before being knocked down and beaten in a title unification fight against Mikey Garcia last July.

“I’ve wanted to fight Barthelemy since he had the lightweight title and vacated it, and now I have the chance,” Easter said. “He has an awkward style and I’m up for that challenge. I am still coming in as the taller fighter with a reach advantage and I’ll use it to make this fight go how I want it to. He is a former world champion and he is coming to bring it just like I am.”

Barthelemy (27-1, 14 KOs) fighting out of Las Vegas, won a vacant lightweight title in 2015 and made one successful defense before moving up weight classes to junior welterweight in 2017 to win a controversial decision over Kiryl Relikh in a title elimination fight. They met in an immediate rematch last March for a vacant junior welterweight title and Barthelemy lost a lopsided decision. He bounced back with a third-round knockout of Robert Frankel in December and is returning to lightweight for the fight with Easter.

“I’m looking forward to a great fight against Robert Easter Jr.,” Barthelemy said. “I know I have what it takes to beat him and capture another title and become a three-time world champ. My best performances have come at 135 pounds. Both of us are former world champions who are hungry and will give the fans a sensational night of boxing. I’ve never lost at lightweight and that will continue on April 27.”

Navarete, Dogboe set for title rematch in May
Coyle in action against Burwell in Las Vegas
Advertisement
To Top