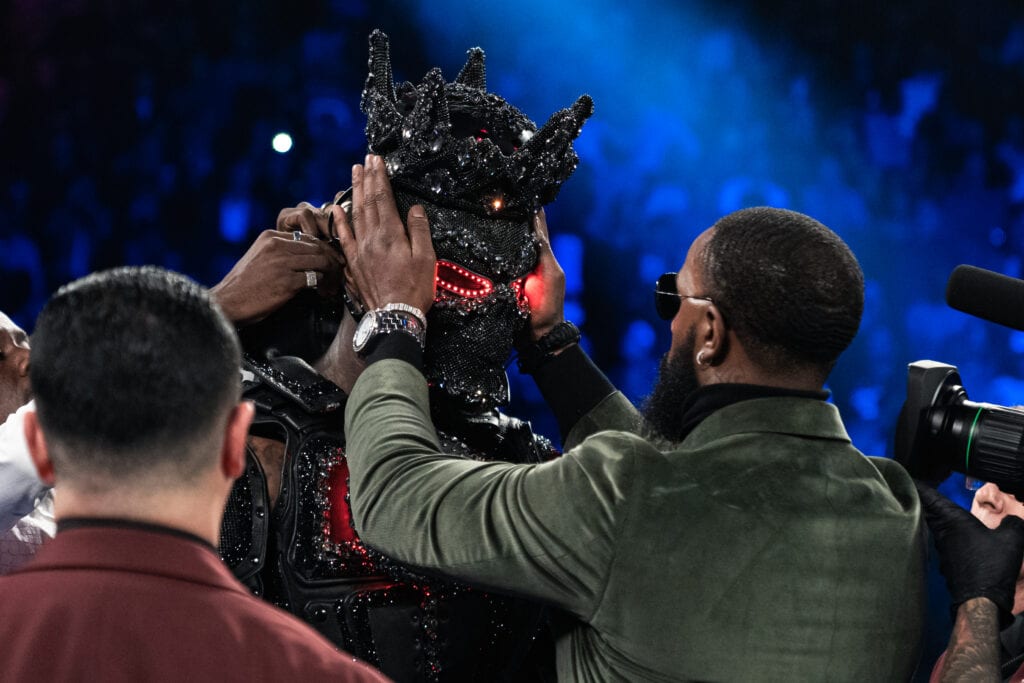 Wilder is not making any excuses but…

You know what is coming next from Deontay Wilder right?

Following the seventh round stoppage loss to Tyson Fury in their rematch Saturday night ending his five year reign as heavyweight champion, Wilder opened up about the loss to Kevin Iole of Yahoo Sports and proceeded to give him his thoughts about the bout. This was the first time Wilder spoke to the media about it, as he was unavailable for anything after the fight due to receiving stitches for a cut in his ear.

As you may expect, Wilder saw the contest a lot differently. He started by blaming the costume he wore into the ring as one of the problems before the bell rang.

“He didn’t hurt me at all, but the simple fact is … that my uniform was way too heavy for me,” Wilder said to Yahoo Sports via telephone. “I didn’t have no legs from the beginning of the fight. In the third round, my legs were just shot all the way through.”

“But I’m a warrior and people know that I’m a warrior. It could easily be told that I didn’t have legs or anything. A lot of people were telling me, ‘It looked like something was wrong with you.’ Something was, but when you’re in the ring, you have to bluff a lot of things. I tried my best to do so. I knew I didn’t have the legs because of my uniform.”

Now, before you start the eye roll and “C’mon man’s” to Wilder, he explained that he didn’t anticipate that it would be so heavy.

“I was only able to put it on [for the first time] the night before but I didn’t think it was going to be that heavy,” Wilder said.”It weighed 40, 40-some pounds with the helmet and all the batteries. I wanted my tribute to be great for Black History Month. I wanted it to be good and I guess I put that before anything.”

Fit for a king.#WilderFury2 starts NOW on ESPN+ PPV!

Now I say that tongue and cheek as while this all in all can be plausible, does sound like a excuse or two after saying in the ring flat out “I’m not making excuses” following the loss.

The real heart of the story from the Yahoo report is that co-trainer Mark Breland will no longer be apart of the Wilder camp following the contest. Breland was the one against co-trainer and manager Jay Deas and Wilder himself to throw in the towel, thus ending the fight in the seventh round.

“I am upset with Mark for the simple fact that we’ve talked about this many times and it’s not emotional,” Wilder said. “It is not an emotional thing, it’s a principal thing. We’ve talked about this situation many, many years before this even happened. I said as a warrior, as a champion, as a leader, as a ruler, I want to go out on my shield. If I’m talking about going in and killing a man, I respect the same way. I abide by the same principal of receiving.

Which also leads to the main point of the article which Wilder himself confirmed that he will exercise his rematch clause with Tyson Fury to reclaim the WBC title soon. And , he will get back into the boxing ring after his vacation to Africa at the end of March.

Speaking on “The TC Martin Show” about the fight Monday, I mentioned that Wilder wants to be known as the one that goes down as one of the greats. What better way to do that by avenging the man who gave him his first professional loss Saturday night in what will be a fight he would now be the underdog in once it is announced.