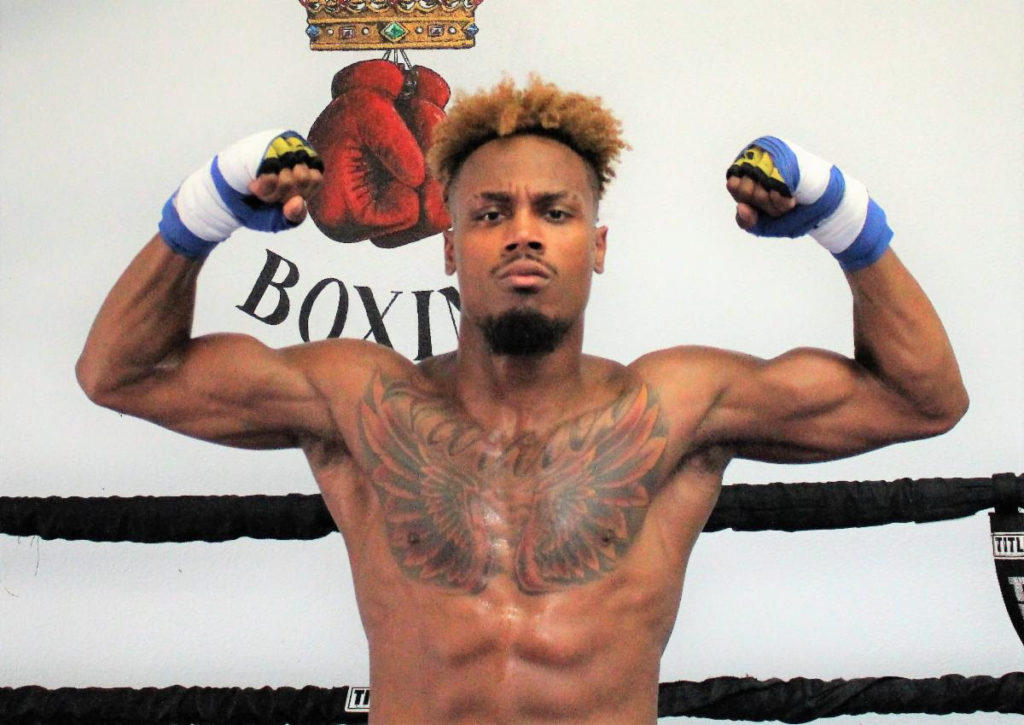 “I feel like Marvin Hagler, none of these guys want to fight me,” said Aleem, who recently lost his WBA super bantamweight interim world title based around the rule change within the organization. “I am doing everything that is asked of me, I am taking fights for low money, high risk, and putting on exciting performances, yet the champions will not face or mention me. What do I have to do…call the senator of Michigan or Nevada, and to try to have them help me, because I am a prizefighter, and I want to fight the best.”

Aleem, who lost his belt, after the WBA consolidated their champions, saw himself as the odd man out in the round-robin tournament between Stephen Fulton and Brandon Figueroa, who are looking to unify two of the four titles in the division. Without that belt, Aleem, who was already having trouble getting fights, now is feeling as though it has gotten that much harder.

“I want the winner of Stephen Fulton versus Brandon Figueroa, I want the winner of Murodjon Akhmadaliev versus Ronny Rios…shoot if I can’t get these fights, I will move up to featherweight and fight the boogeyman of that division, Emanuel Navarrete, and if that doesn’t work I would gladly welcome Naoya Inoue to the 122 lbs. division as well,” continued Aleem. “In this era, oftentimes the fans are frustrated that fighters don’t call for the good fights, but I am calling out everyone in my division that has a belt. I’m ranked #1 by the WBA, yet no one is mentioning my name, let alone trying to fight me. I am very frustrated since I know the fans like my style, I’m not boring, and I want to fight the very best, I know I am better than all of them.”

In January of this year, Ra’eese Aleem scored a very impressive knockout against Vic Pasillas, dropping him four times before stopping him in the eleventh round. That was a win that turned a lot of heads on a Showtime Championship Boxing co-main event, with the headlining act being Stephen Fulton versus Angelo Leo. Yet, Aleem is now scheduled to return November 27th on a Showtime co-main event headlined by Stephen Fulton vs. Brandon Figueroa, taking place at the Park MGM in Las Vegas, Nevada.

“I am facing Eduardo Baez in my next fight, and he is a good fighter, but I view myself as a million-dollar fighter, and let’s be honest, these are not the type fights that the fans are interested in,” said a frustrated Aleem. “I respect Baez, and I know he is coming to fight, and I am happy to have a fight, but to get to where I see myself at, I need one of these big fights. I am in my prime right now, and I’m ready for my title shot.”

Aleem, originally from Muskegon, Michigan, moved to Las Vegas, Nevada years ago to chase his dream of being a pro boxer and a world champion.

“I have given up so much of my life just to have a chance at winning a world title, and now I’m fighting a guy that is not even ranked in the WBA,” Aleem concluded. “I just want the chance to fight for a world title because boxing is my life. Not unlike Hagler, if they cut my head open, they would find a big boxing glove in it, and now I just need someone with the conviction behind their belief in their skills with a belt to fight me. I feel like Vic Pasillas was the best fighter in the division and after I beat him, no one wants to fight me. I just want to let everyone at the PBC, and Showtime know that I’m hungry, and will guarantee all-action fights when I step in the ring.”