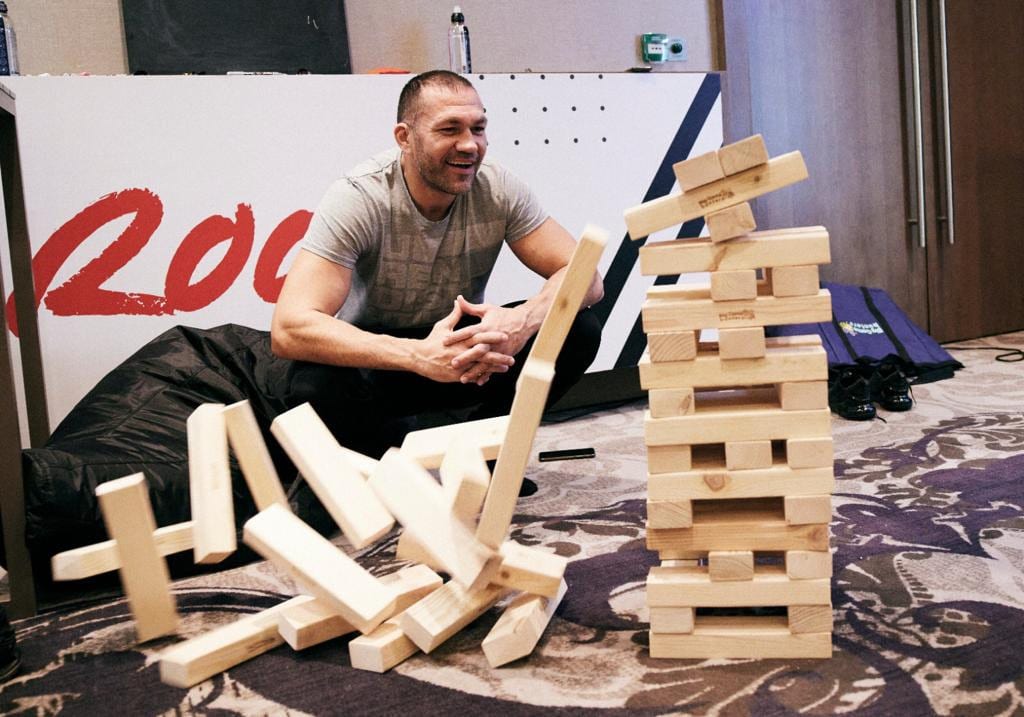 The former World Title challenger (28-1, 14 KOs) arrived in London over the weekend ahead of his second shot at a world title at The SSE Arena, Wembley this Saturday. The fight will be shown live on Sky Sports Box Office in the UK and Ireland and on DAZN in the U.S. and more than 200 countries and territories on its just-launched Global platform.

Bulgaria’s Pulev says he can see himself exposing the flaws of Joshua in the same manner as Andy Ruiz, who famously dropped the superstar four times on route to a shock seventh-round stoppage win at Madison Square Garden in June 2019.

“We see a lot of mistakes from Anthony,” said Pulev. “A lot of bad sides to him. I think these mistakes, and the bad sides, stay. The most important thing is how I perform on Saturday night. When I am good, I beat him well. Right now I feel very good, strong, and powerful. I am very strong heading into this fight.

“We will see how Joshua performs. I don’t know what to expect from him. It doesn’t matter to me. For me, it’s only important what I do in the ring and how I prepare. How is my strategy? How is my boxing? This is what is important. I will perform very differently because I have a lot of experience from the Klitschko fight. I will be a new Kubrat Pulev.

Joshua, 23-1, 21 KOs had originally signed up to defend against the Bulgarian in June at London’s Tottenham Hotspur Stadium in front of over 65,000 fans. However, the Covid-19 pandemic scuttled that and has delayed the fight now into December. It is expected that 1,000 socially distanced spectators will be in attendance Saturday night.

“This fight is not only for me. This fight isn’t just for boxing. It is for all of Bulgaria,” Pulev continued. “Nobody from my country has ever been Heavyweight Champion of the World. That’s why it will be so good for my country and my people. Bulgarian fans will be really happy.

“This was my late father’s dream. That is why me and my brother are here. His project was to have sons, and for them to become boxing champions. And we are now real, this is now fact. He looks down from above and I’m sure he’s happy. He wants to win on Saturday night with me.

“I feel healthy and happy. I have a lot of energy. After the fight and after the win, I will be really happy. I think after this fight I’m going to fight with Tyson Fury. It will be good. I don’t believe that the Joshua vs. Fury fight is going to happen because I will win on Saturday night. I think the world needs a new World Champion like me. I am the new World Champion. I am coming.”