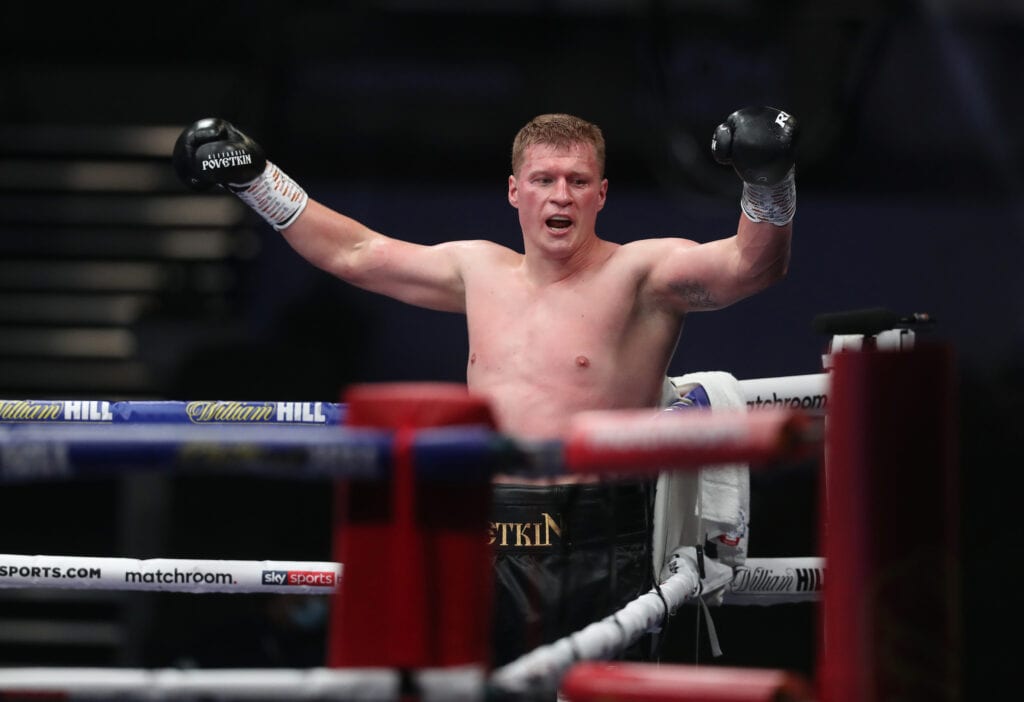 Matchroom Boxing promoter Eddie Hearn made the announcement Tuesday afternoon on SiriusXM’s “AK and Barak Show” that the fight is on for Saturday night March 6th,

A formal announcement from Matchroom is expected Wednesday with possible location for the rematch, which is crucial for Whyte to hang onto any credibility as a challenger for a World title in the future.

This after the Russian Povetkin got off the canvas twice in August to cold-cock Whyte with a single left uppercut in the fifth round. Whyte laid motionless for several seconds and the referee did not bother to count, as Povetkin scored one of the biggest recent victories of his career.

The two had scheduled a rematch for November, but Povetkin contracted Covid 19 and had to be hospitalized briefly in Russia. Matchroom and Whyte had pushed for the fight to happen in January, but the Russian has only begun to train recently. So, this announcement fits the time line for an early March fight.

Povetkin obviously stands to get back into the Heavyweight title picture, if he can validate his August win by beating Whyte and ending Whyte’s hopes, once and for all, of being taken seriously as a Heavyweight threat.

Both fighters have previously been kayoed by Unified Heavyweight Champ, Anthony Joshua. However, Whyte was previously the WBC’s #1 contender for Deontay Wilder’s belt. Then, Tyson Fury upset Wilder last February by TKO in Las Vegas to reclaim a portion of the title.

Fury and Joshua are trying to secure an Undisputed Heavyweight title mega-fight for later in 2021. And, that means that no matter who wins the Povetkin-Whyte rematch will have to wait in line.