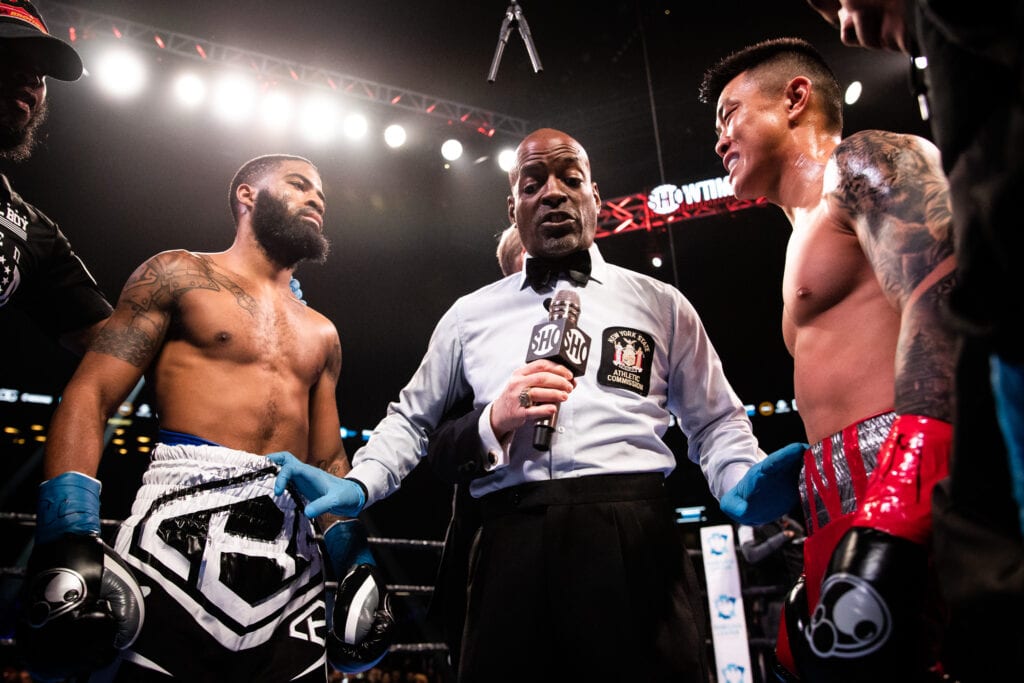 Stephen Fulton was supposed to have a shot at the title against Angelo Leo last August. A positive COVID test took that away.

This time around, Fulton looks to have nothing stop him from that opportunity.

Speaking with the media yesterday via Zoom, Fulton took us back to how he felt once that title shot was taken away.

“Listen, when they kicked us out the hotel, I felt like sh-t,” a laughing Fulton said Wednesday during a virtual press conference for his rescheduled fight with Leo, set for January 23. “I’m like, ‘Damn! Look how they treatin’ me!’ But I knew it wasn’t nothing personal. Nobody wants to get sick. And by having it, now I understand why so many people have lost their lives and that type of thing.

So, I would like to say much love to everybody that had it and a healthy recovery for everyone.”

“Going through the experience of having the fight against Leo canceled just changed my mindset,” Fulton said yesterday during the virtual call. I felt like I lost everything. It made me train even harder. I took that rage and anxiety and used it every day in training. I’m just ready to fight.
When he was taken off the card, Leo took on Trumaine Williams to capture the vacant WBO Bantamweight title by unanimous decision. This defense will be his first for him, but for Fulton, the strategy will remain the same.
“My game plan remains the same as if I was fighting him in August. We’re always ready to make adjustments, but I believe I’m much better than if I had fought in August. From losing that opportunity and now coming back, it’s made me better physically, mentally, and emotionally,” Fulton said.
This fight was one I was looking forward to last year when  Showtime rolled out the fight cards and still am once the 23rd of the month rolls around.
Continue Reading
Advertisement
You may also like...
Related Topics:Angelo Leo, Featured, Showtime Boxing, Stephen "CoolBoySteph" Fulton Jr.