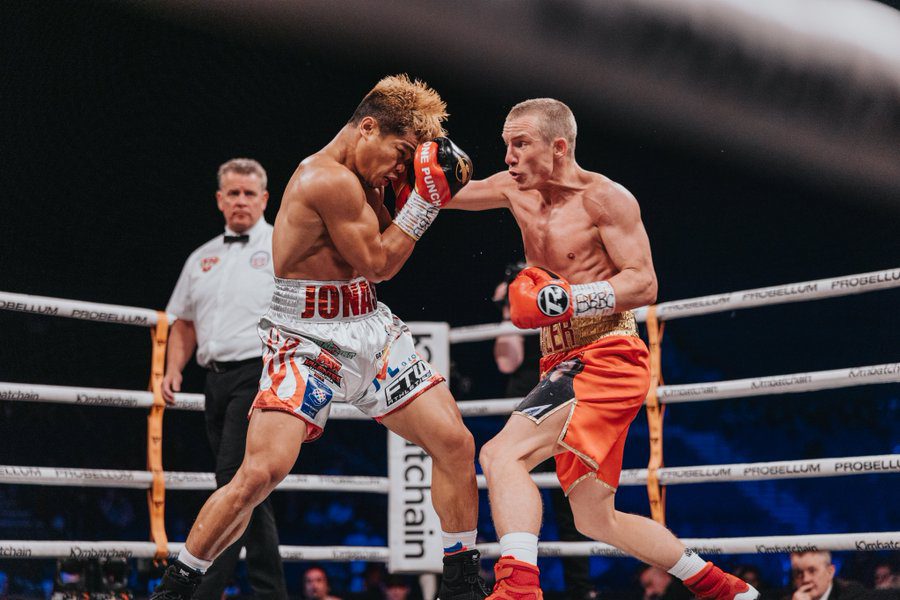 The Probellum Entertainment main event from Liverpool, England saw Butler cruise to a unanimous decision win by scores of 118-110, 117-111 and 116-112 on the three cards.

Butler, who won his eighth straight bout, used movement and faster hands to build the early lead on the Filipino, scoring successfully with his jab and right hands behind it. Butler, who improved to 34-2 with the victory was also able to take Sultan’s punches when they traded toe to toe. This included when Sultan, now 18-5, stopped him in his tracks with a hard right hand in the sixth round.

However, Butler was never in any real trouble in that round or through the rest of the bout. He was still fresh and landing more punches than Sultan in the late rounds, as well, to secure the win.

As our Dan Rafael wrote earlier this week, the second Casimero-Butler fight scheduled for this weekend was stopped by the WBO and the British governing body.

On Tuesday, the WBO notified Casimero manager Egis Klimas that it had received word from the British Boxing Board of Control, which regulates boxing in the United Kingdom, that Casimero was found to be using a sauna in an effort to cut weight, which is against the BBBofC’s medical guidelines, and that he would, therefore, not be permitted to fight.

With Casimero (31-4, 21 KOs), 33, of the Philippines, out of the fight, he also likely will be stripped because when the fight with Butler was postponed in December — because Casimero dropped out at the last minute because he had to go to the hospital due to gastritis — the WBO allowed Butler promoter Probellum, which had won the promotional rights in a purse bid, to reschedule the bout under specific guidelines.

Now, the 33 year old Butler has at least the interim title and may be elevated to world title status soon.

The WBA/IBF unified 118 lb. champ Naoya “the Monster” Inoue and WBC champ Nonito Donaire will battle for three of the titles on June 7th in Saitama, Japan.