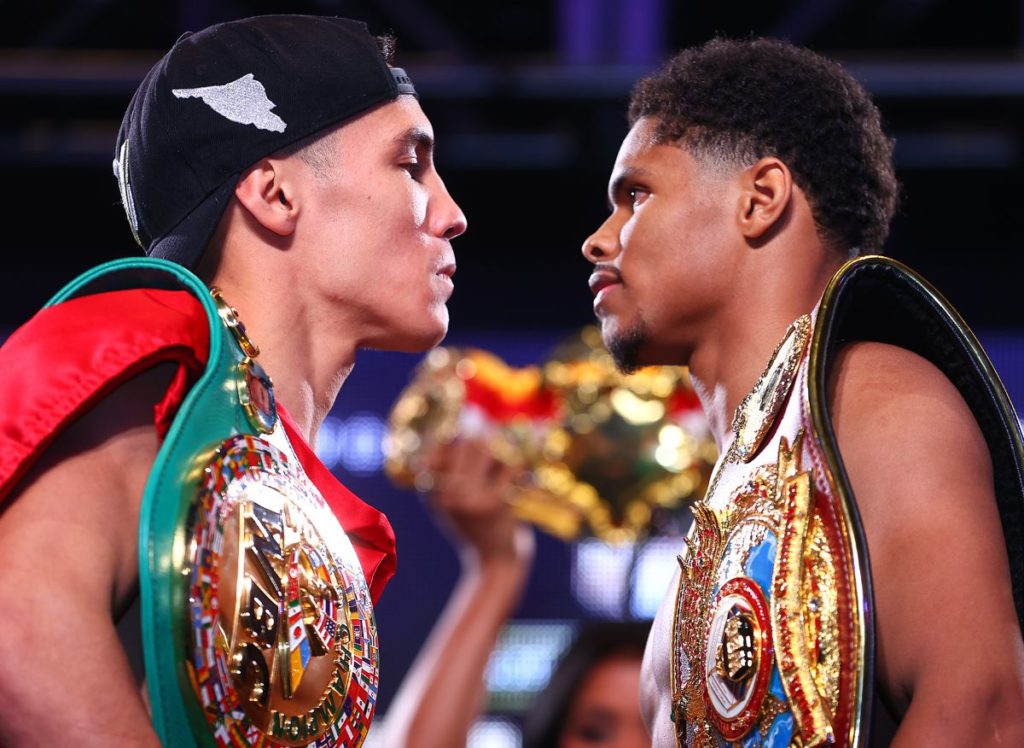 LAS VEGAS – Junior lightweight titleholders Oscar Valdez and Shakur Stevenson went face-to-face one last time during an extended staredown during which they jawed at each other after weighing in on Friday afternoon.
But as they have throughout the promotion, they kept it strictly professional as the crowd of several thousand — about evenly split for each man – inside the MGM Grand Garden Arena cheered them on.

Stevenson weighed in first and was right on the division limit of 130 pounds, but he had to strip nude behind a screen to make weight. Valdez was next up and was 129.6 pounds for their unification fight – which is also for the vacant Ring magazine title. It will take place inside the same arena on Saturday (ESPN/ESPN Deportes/ESPN+, 10 p.m. ET).

“I’m very excited for this. Ever since I was a kid, I’ve dreamt of these kinds of opportunities, to be fighting for unified championships and to be fighting in Las Vegas,” said Valdez, who will be making his second title defense. “I’m just very excited right now to be in this mega fight, and I can’t wait. I’m anxious to step in the ring.

Hear our full breakdown of Valdez-Stevenson on the latest “Big Fight Weekend Preview” podcast by clicking below,

“I’ve been waiting on this moment my whole life,” said Stevenson, who will be making his first title defense. “It’s taken years and years of training, since I was an amateur, to prepare for this moment and I feel like I’m ready. I never said I’m on the pound-for-pound list yet. I said that after this fight, once I get past Oscar Valdez, I’ll be on the pound-for-pound list.

“I think he’s going to bang. That’s it. I think he’s trying to trick me into thinking he’s going to box me and be technical. I’m not falling for that. I’m ready for the Oscar Valdez who goes in there throwing hooks and putting pressure.”