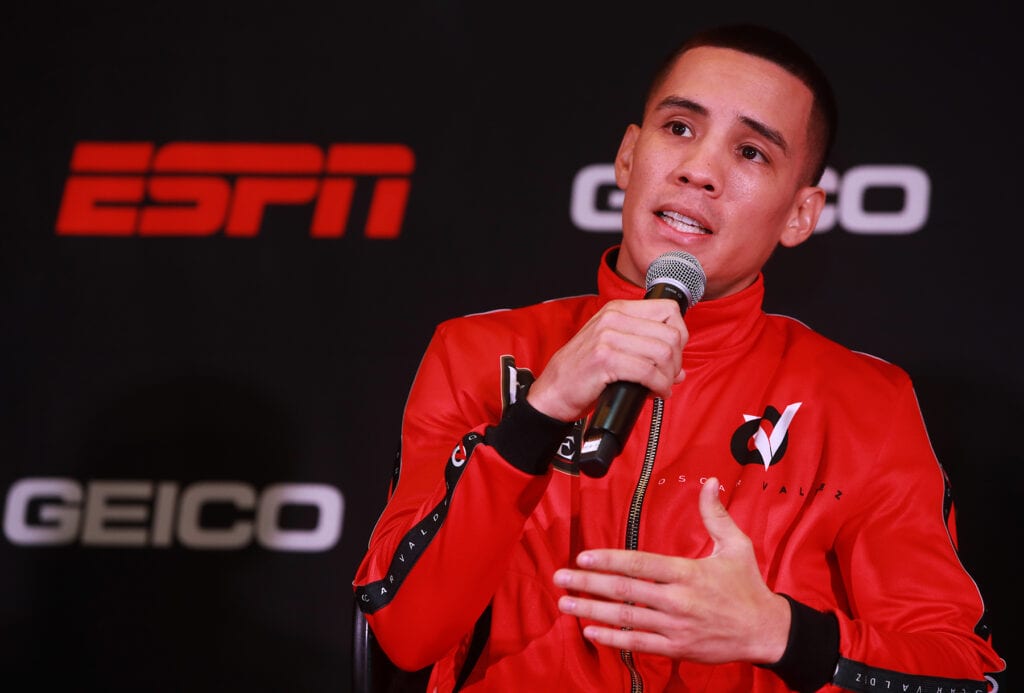 With the circus around the WBC failing to take action on their 130 lb. World Champ Oscar Valdez for his failed drug test for the PED, Phentermine, the fighter finally broke his silence Friday evening, as well.

The 29-0 Valdez will still go ahead and headline the Top Rank/ESPN+ card from Tucson, AZ, next Friday and released a lengthy written statement on social media proclaiming that he isn’t and hasn’t been using banned substances,

After having his random VADA pre-fight test come up positive for the weight loss/stimulant supplement, the Mexican born Valdez tried to explain what happened and at the same time maintain that he wasn’t trying to gain advantages by taking it. The statement translated reads in part,

“I have never used banned substances to improve my performance. I never have and never will. I am respectful of anti-doping tests since my time as an amateur and now as a professional…

And since I’ve been a professional I have undergone more than 30 anti-doping tests, which is something we always ask for and we make sure that [drug testing] is in the contract, to do the VADA tests to keep the sport clean and to make sure that no one has any advantage.”

Valdez also maintained that the low levels of the stimulant that were detected in the test taken on August 13th were from drinking “herbal tea.” However, he and his team have never had to present any evidence and a sample of what he allegedly ingested to prove that.

More to the point, as far as VADA is concerned, a positive test is a positive test. They also tested Valdez’s “B” Sample from the August 13th collection and it was also positive for Phentermine.

Hear us discussing the Valdez controversy on the Big Fight Weekend Podcast, as Marquis Johns and Carlos Toro joined me. Click below.

Valdez countered, along with the World Boxing Council in it’s argument to keep Valdez as champ, that another drug test by VADA on taken earlier this week (August 30th) came up negative for the weight loss drug/stimulant. However, experts in the drug/PED fields easily refute that point, citing Phentermine will exit your system within 48 hours.

Therefore, testing negative 17 days or so after you tested positive, doesn’t really prove anything.

Still, the promoter. the Pascua Yaqui Tribe in Arizona, Top Rank and ESPN+ will move forward with the title bout headlining next Friday. Valdez makes the first defense of the belt he won in February with a KO of Miguel Berchelt in Las Vegas. He will take on little regarded, but unbeaten Brazilian, Robson Conceicao.

However, there can be no doubt that the whole issue of Valdez testing positive and still being allowed to keep his WBC World title, and defend it, has created a laughable credibility problem with Valdez remaining their champ.