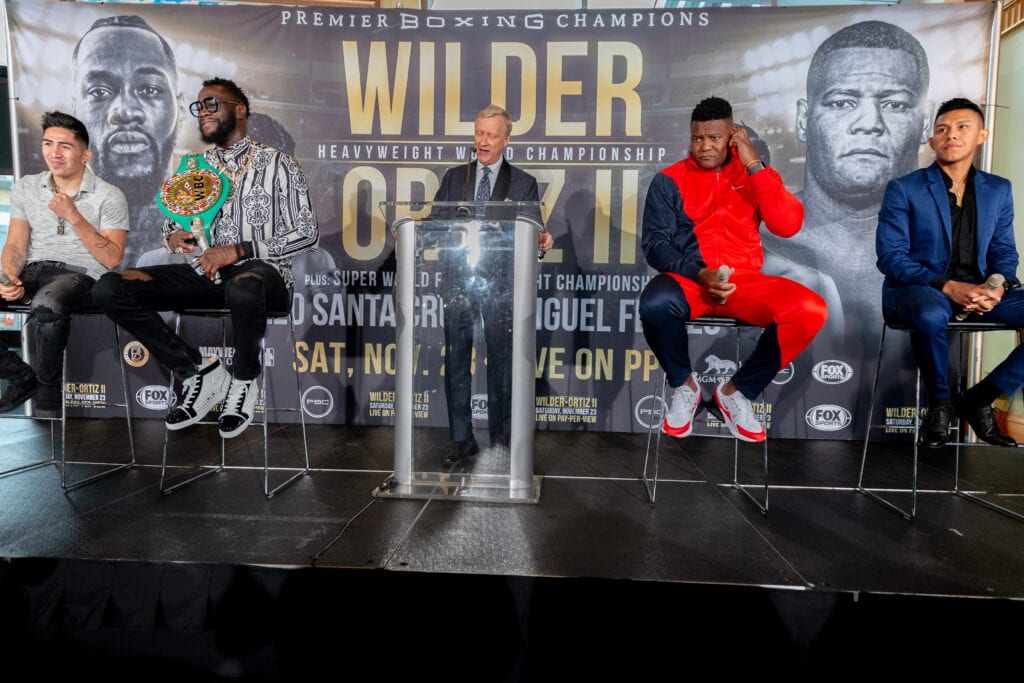 Wilder- Rematch is ‘a blessing’ for Ortiz

On November 23rd in Las Vegas, WBC heavyweight champion Deontay Wilder will take on Luis Ortiz in a rematch of their contest back in 2018 that showed at times Wilder’s vulnerability. Still with that idea in mind, Wilder is looking forward to the contest live on Fox pay-per-view.

The rematch some forget is coming about as Ortiz had an opportunity to take on Anthony Joshua for his titles at the time in June that his camp declined. That honor instead went to Andy Ruiz who won the titles in an upset instead. Wilder taking on Ortiz seemed to be all in motion with that in mind this matchup would be happening.

While Wilder is giving Ortiz “a blessing” in a chance to fight in him the ring on pay-per-view, he can relate to Ortiz of being a family man at the end of the day.

That is as far as the niceties will go however.

“This might be his last at 40 years old. Coming in we all know when you fight Deontay Wilder I take something from you,” Wilder proclaimed on the media call. “I take years from your life,” Wilder said “And that is me going to him again to get some more. You already got some these sweet potatoes and now he’s coming back for seconds. And I’m ready to fill his mouth full with it.”

Wilder is locked in on this rematch and this rematch only as he told us here on the Big Fight Weekend Podcast. We’ll see if this is a repeat of their first bout or will Ortiz become new champion.

Canelo-Kovalev another live gate disappointment
Who’s next to face Jamel Herring?
Advertisement
To Top
We use cookies to ensure that we give you the best experience on our website. If you continue to use this site we will assume that you are happy with it.Ok