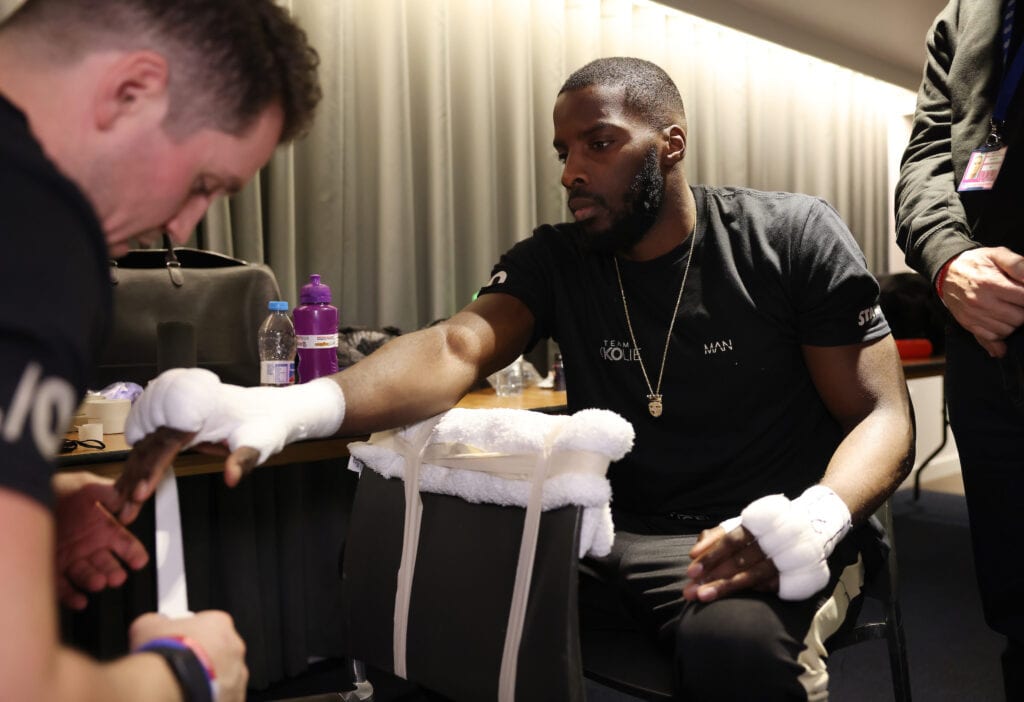 Okolie Plans On Unifying At Cruiserweight

Lawrence Okolie is confident of winning his first World Title in style by stopping former World Champion Krzysztof Glowacki when they clash for the vacant WBO Title at The SSE Arena, Wembley on Saturday, March 20, live on Sky Sports in the UK and on DAZN in the U.S. and more than 200 countries and territories.

The pair were due to clash on the undercard of Anthony Joshua’s emphatic ninth-round knockout win over Bulgaria’s Kubrat Pulev in December but Glowacki was forced to withdraw from their contest after he returned a positive COVID-19 test.

‘The Sauce’ (15-0, 12 KOs) made short work of late stand-in opponent Nikodem Jezewski to stay on course for a shot at the WBO crown, demolishing the Pole in two brutal rounds with an impressive show of explosive power.

Okolie hasn’t put a foot wrong since turning professional in 2017 following an impressive stint the amateurs that saw him represent Great Britain in the 2016 Rio Olympics, and the Hackney contender believes that March 20 will be the first step on his journey to unifying the Cruiserweight division before moving up to Heavyweight.

“Five years ago I was in Hackney and had no real plan or idea,” said Okolie. “I was boxing but I wasn’t on the GB team and I’d never had an international fight. I was just boxing and working. Five years down the line I’ve become a Team GB boxer, gone to the Olympics, turned pro and won all of these Titles. Now I’m fighting for a World Title.

“It feels like it’s going to be a massive statement winning this fight, not just for me but for the area that I come from, the type of person that I am and people that have dealt with bullying. I’m not here to be a hero or anything like that but I’ve had to deal with a lot of stuff, and a lot of people can relate to those kinds of struggles. It’s nice to know that people are motivated by it.

“It will be entertaining for fans because there’s going to be someone trying to really put it on me. I believe I’m going to win by stoppage. I’m just excited to watch the highlights of the fight afterwards to see what shot I did it with. This is his opportunity to win what he believes is his Title back. He can be as strong as he likes against whoever he’s boxed so far but there’s no physical chance he’s stronger than me.

“Although he’s got a lot of attributes, I can’t see any of them working against me. I think he’ll be confident. He’s a game guy and probably thinks it’s my first time at world level. One of my main attributes is my mental toughness. I have the ability to cope with any fight. I look forward to it.

“This has been a long time coming. It’s been a year since I knew that I was mandatory for the World Title. I’ve been mentally preparing for this for a year. We’ve had to deal with lockdowns and now I’m excited to get it over and done with, get the victory and become a World Champion. Physically I’m getting into my prime now. Mentally, I’ve dealt with the excitement of the occasion. Now it’s just a formality.