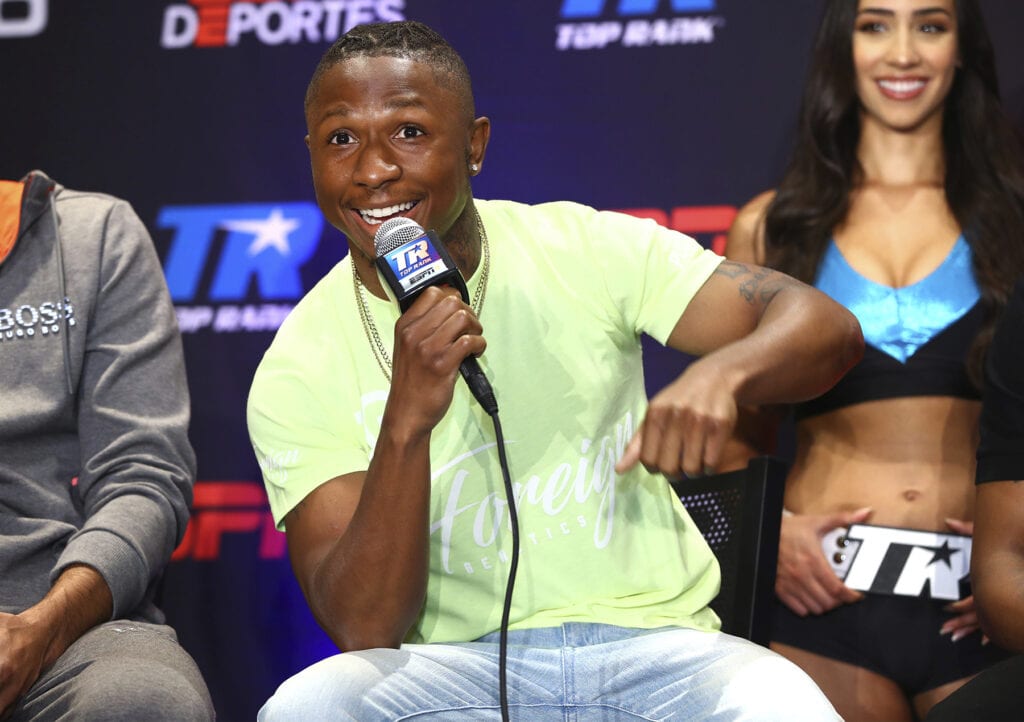 The second week of the return of Top Rank Boxing begins on Tuesday night in Las Vegas, and it features an up-and-coming bantamweight with a fun gimmick.

Chicago native Joshua “Night Night” Greer will headline for the promotion on ESPN, when he takes on Mike Plania in a 10-round non-title, Junior Featherweight bout,

Week Two, Night One of the TR Summer Series is a go. ?#GreerPlania headlines Tuesday night's show, beginning at 8pm ET / 5pm PT on ESPN. Follow the thread for the weigh-in results for the rest of the card ⤵️ pic.twitter.com/b98sY25cGj

Greer, 22 – 1 – 1, 12 KOs is the number 2 ranked IBF Bantamweight and that has him in line for a possible 118 lb. title shot somewhere down the road with champion, Naoya “The Monster” Inoue. Inoue signed a multi-fight promotional deal with Top Rank earlier this year and is expected to make his U.S. debut later this year.

For now, Greer will take Plania, who is from the Philippines and is 23 – 1 with 12 KOs, himself, at the MGM Resorts with no fans. Plania has been fighting primarily as a Junior Featherweight and he and Greer agreed to the catch weight limit of 120 lb. for tonight’s fight. Plania actually weighed Monday 119.5 lbs. for the contest, while Greer weighed 120 lb. Monday.

Back to Greer. He is known for bringing pillows to the ring, while promising to “put his opponent to sleep.” He explained further, how he came to be known as “Night Night” to the ESPN production crew that’s ready to televise Tuesday nights bout:

.@JoshuaGreerJr sends a message to his opponents with his “night-night” pillow ?

For the record, Greer has had to go the distance in each of his last two fights, including beating fellow bantamweight contender Antonio Nieves in a 12 round decision in Reno, NV, last October in his last bout.

The Top Rank card gets underway at 7 Eastern, 4 Pacific, with Greer taking on Plania somewhere around 9:45 Eastern Time.