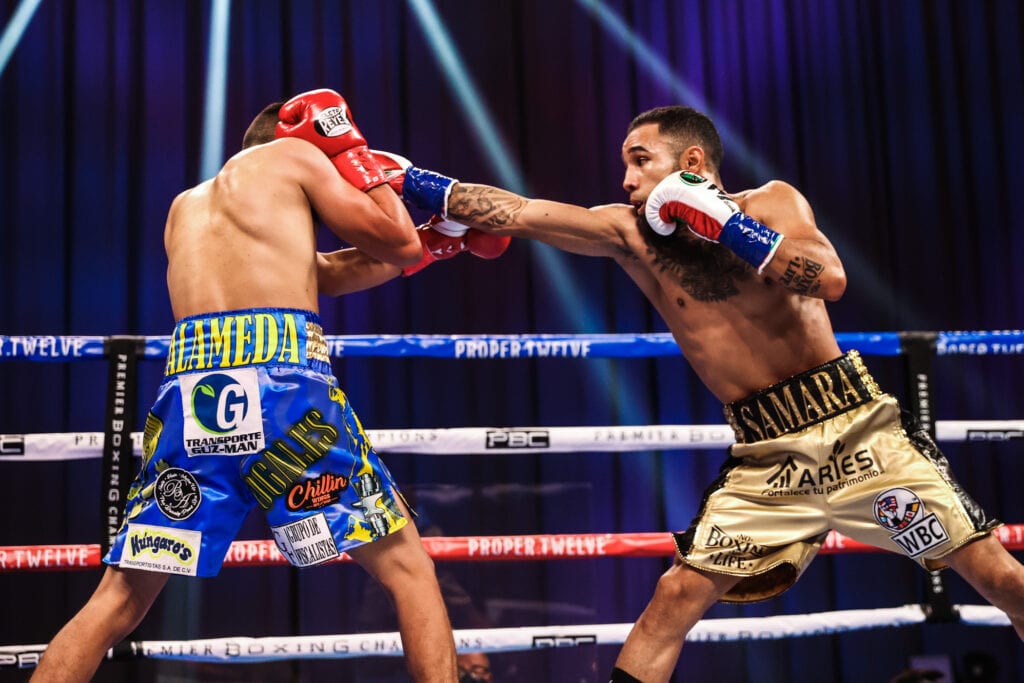 Somebody’s “0” had to go in a battle of southpaws, and the co-main event of the second half of the Charlo doubleheader pay-per-view had Luis Nery take on Aaron Alameda with Nery winning by unanimous decision in a very tactical contest to become a two-division titleholder.

The vacant WBC 122 lb. title was up for grabs as the original titleholder, Ray Vargas is injured. This also was a  reschedule of a bout that was wiped out due to the pandemic.

Alameda (25-1, 13 KOs) entered this one is first career title bout but was coming into the fight off of a 17-month layoff in the ring. This contest also for him was a huge step up in competition for him as Nery (31-0, 24 KOs) was making his debut at 122 lbs after fighting and having issues making that weight for fights at 118 pounds.

Someone's 0 has got to go. 12th and final round! #NeryAlameda

Nery made weight with ease this time and from the opening bell showed a different side of him that had him started up trying to pick up what was Alameda was throwing at him. Alameda’s jab was to keep Nery at bay to land something behind it later on. That was how the opening rounds of this contest started out as both stood in the center of the ring but were still trying to figure each other out. It made this contest from the onset a lot more interesting than many had thought beforehand.

It was a different contrast for most Nery fights as the pay-per-view broadcast mentioned that he looked “uncomfortable” against Alameda. This was despite that for Nery, a close and tough fight to score. This, however, went on for twelve rounds which grew to become a level that many watching felt was monotonous.

The tenth round, however, was the best round for Alameda as he was able to put together shots together which was giving Nery a lot of problems and also stopping him from coming in and trade. It just became too little, too late from Alameda.

What is next after this performance for Nery as champion now maybe a contest with Vargas once he recovers. One thing for sure is that this night wasn’t one of Nery’s strongest nights in the ring.