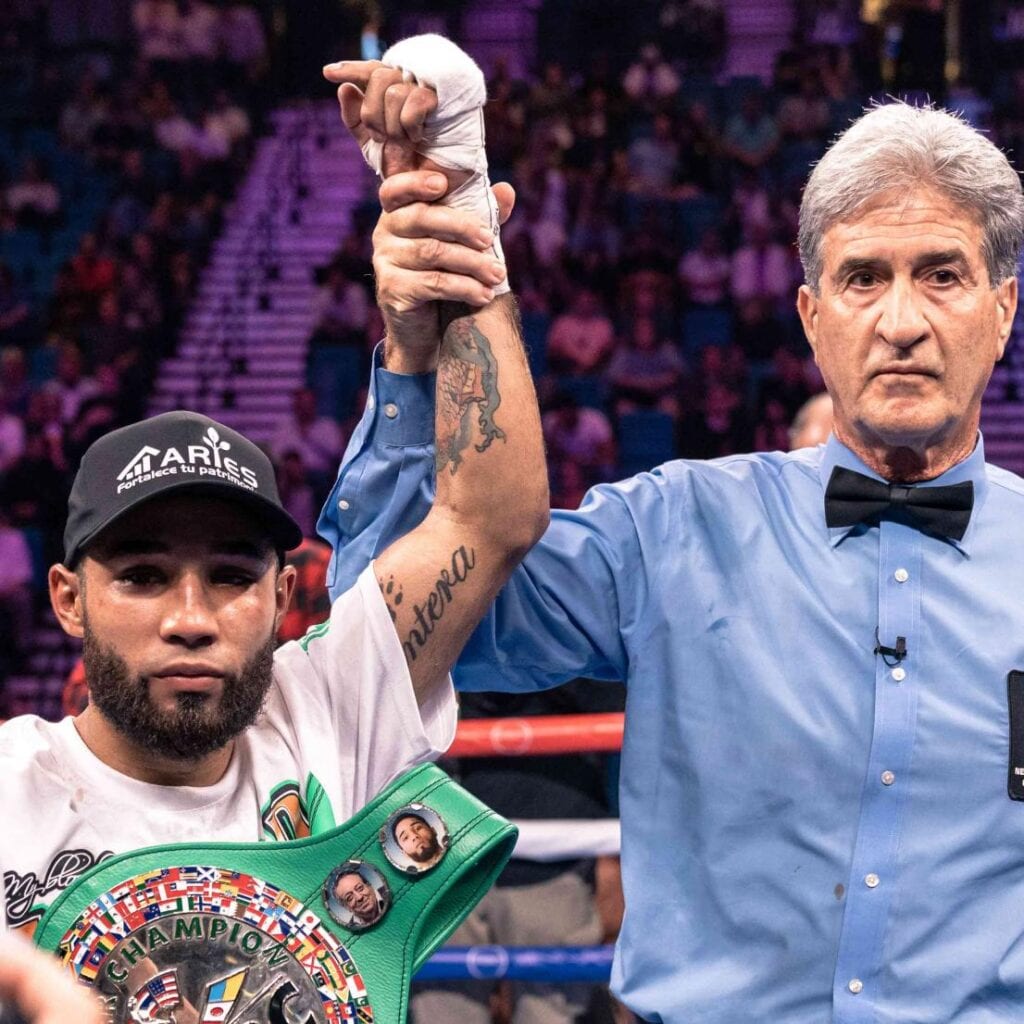 Boxing Insider Mike Coppinger of the Athletic had the news Sunday afternoon that Nery’s scheduled battle with unbeaten Aaron Alameda in a non-title super bantamweight eliminator fight is now off:

Showtime’s March 28 show topped by Luis Nery-Aaron Alameda is off. Was scheduled for Las Vegas. Events suspended in Nevada

The flight was to have headlined “Showtime Championship Boxing,” as their main event from the park MGM Arena. As recently as Friday night’s “Showbox” series televised card from Minnesota, Showtime was still promoting the Nery-Aaron Alameda fight for two weeks from now.

However, health officials and the Nevada State Athletic Commission have decided not to hold any combat sport fight cards for the remainder of this month due to concerns about large social gatherings and the spread of the virus.

Nery is just 25 and previously won the WBC Bantamweight title from Japan’s Shinsuke Yamanaka by 4th round TKO in Japan in August of 2017. However, he was immediately stripped of a title after failing a post-fight drug test for banned substance. Nery appealed claiming contaminated meat was the cause of the positive test and provided three other samples all of which tested negatived

The WBC eventually ruled in his favor on the appeal and in October of that year they ordered a rematch for the title. However Nery came in three pounds overweight of the 122 lb. limit. And so, the fight became a non-title fight with Nery once again knocking out Yamanaka, this time in the second round .

Nery racked up two more KO wins in 2018 and then, made his debut in the United States on the undercard of the Errol Spence-Mikey Garcia Pay-per-View at AT&T stadium in Arlington, Texas, in March of last year. Nery scored 4 knockdowns on McJoe Arroyo, who quit on his stool after the fourth round.

Nery also fought in July on the undercard of the Manny Pacquiao-Keith Thurman PPV in Las Vegas, scoring a 9th round KO over Juan Carlos Payano.

The cancellation of this fight now calls into question the next scheduled bout in Las Vegas, which is the Saturday night April 11th ESPN-Top Rank show, where IBF Junior Bantamweight champ Jerwin Ancajas is scheduled to fight Jonathan Rodriguez.

It’s all but assured that that fight will also be at the minimum, delayed, if not completely canceled.

The larger looming question is whether or not Canelo Alvarez’s next fight, which is believed to be against WBO Super-Middleweight champion at Billy Joe Saunders and most likely for Las Vegas May 2nd, will still be formally announced this week and held on that date?

As we wrote previously, the announcement of the fight has been delayed, as all professional sports in the United States have basically been postponed or canceled all together this past week.

While Golden Boy Promotions (Canelo), Matchroom Boxing (Saunders) and officials with DAZN streaming  continue to be optimistic that they can announce the fight and hold it in Las Vegas, it’s looking less likely that that will happen six weeks from now.

This is particularly because that large gathering fans will likely not be allowed and there will be incentive to wait because a Canelo live gate could be worth $10 million or more. This is because he is arguably the top draw right now in boxing.

We also await official word as to whether the upcoming April 28th Light Heavyweight Unification fight for Artur Beterbiev and Chinese Challenger Meng Fanlong will still go on in Quebec, Canada for Top Rank and ESPN without fans or might it be moved to another location or canceled, as well?

Report- Davis and Santa Cruz looking at June PPV date
Report- Prograis-Hooker April battle latest to be canceled
Advertisement
To Top
We use cookies to ensure that we give you the best experience on our website. If you continue to use this site we will assume that you are happy with it.Ok