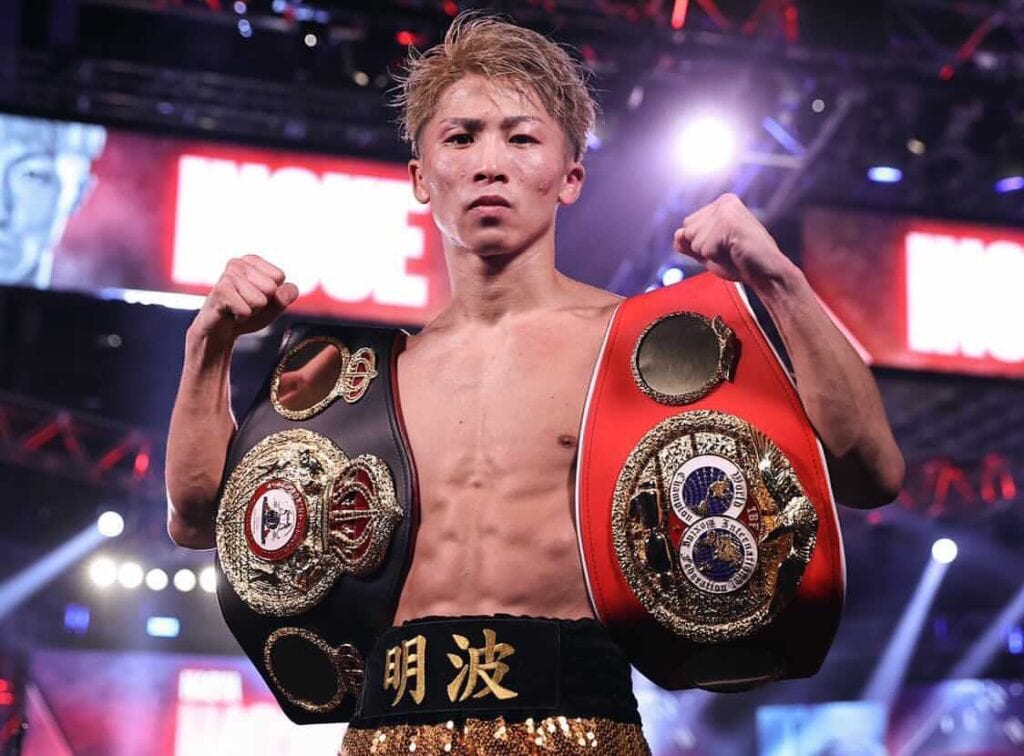 As expected, Unified World Bantamweight Champ, Naoya “the Monster” Inoue, continued his roll of knockouts, as he returned to Japan and disposed of his Thai challenger in the eighth round Tuesday night.

Fighting at Kokugikan Arena in front of some fans Tokyo (where the held the Tokyo Olympics Boxing competition in August), Inoue was dominant over lightly regarded Aran Dipaen of Thailand, bloodying his nose and wearing him down in the middle rounds.

Inoue, who was making the third defense of his IBF/WBA World Titles at 118 lb. was in control from the outset scoring with lead right hands and hard shots to the body. He bloodied Dipaen’s nose early in the fight and it continued to be an issue as things progressed.

“The Monster,” now 22-0, 19 KOs stunned the challenger momentarily with a hard right midway through the third round, but remained patient getting in some ring work for the first time, since his June KO title defense win over Michael Dasmarinas in Las Vegas.

Inoue hurt Dipaen, now 12-2, in late in the seventh round with a straight left and continued to score to the body. It was eerie that the crowd remained quiet though most of the fight, even when their countryman was scoring.

The end came in the final minute of the eighth round with Inoue again scoring a right to the body followed by a right to the head that was partially blocked. But, with Dipaen backing up, the champ floored him with a hard, straight left for the first knockdown of the fight. Dipaen rose, bleeding badly from the nose and Inoue finished things with another hard left that staggered him along the ropes.

With the win, Inoue is now in position to hold a rematch with WBC World Champ Nonito Donaire in the first part of 2022. The Filipino star Donaire just kayoed his fellow countryman Reymart Gaballo in California Saturday night.

Inoue and Donaire staged a tremendous 12 round fight won by the Monster to capture both the IBF and WBA titles in December of 2019 and it stands to be lucrative fight, likely in Las Vegas, for both.