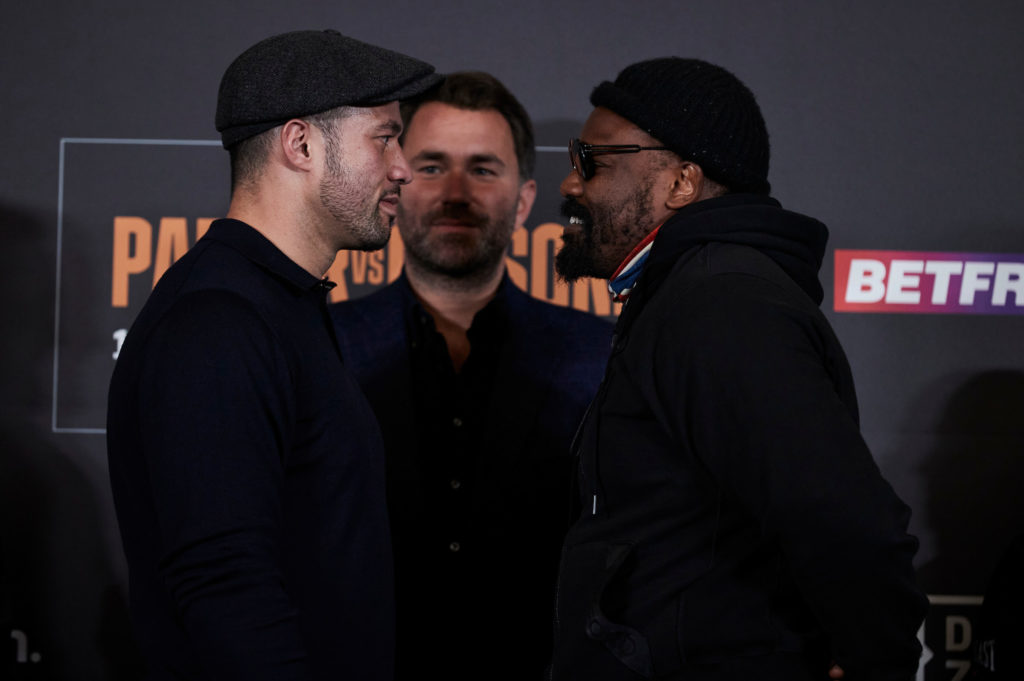 Joseph Parker feels that his ring career is in jeopardy when he meets veteran Derek Chisora for a second time at the AO Arena in Manchester this Saturday, December 18, live worldwide on DAZN (with the exception of New Zealand and Samoa).

The New Zealand star (29-2, 21 KOs) overcame a first-round knockdown to edge past former World Title challenger Chisora’s last time out at the same venue back in May via a hard-fought split decision in his first fight with former WBO Middleweight king Andy Lee.

Ranked at No.2 in the world with the WBO, former World Champion Parker heads into this weekend’s huge rematch knowing that a loss to Chisora would prove to be disastrous in his pursuit of becoming a two-time Heavyweight ruler.

New @DerekWarChisora feature out now on our YT channel 👀 #ParkerChisora2

“The first fight wasn’t the longest camp together with Andy, we were just getting to know each other and getting ready for the fight,” said Parker. “A longer camp is more beneficial as I am understanding more what Andy is trying to teach me. We’ve worked so hard every day and I think that it’s really going to show on the night.

“Andy and I have been working on a lot of things in camp and the goal is to go in there and look better, and win but win well. I can say that I am going to be more dominant, more aggressive, and that sort of stuff, but I just want to go out there and fight and I will let my actions do the talking for me.

“I want the best Derek Chisora. I got a hard pressure fighter in the first fight with Derek and I think that he’ll be looking to make little adjustments to improve, so I am looking forward to what he’s going to bring. As long as I do what I can do it’s not going to go the distance, but I know he feels the same way. There’s no issues for me in the build up with a great camp and injury free.

“I think the result was right. I did enough to win, it wasn’t the most dominant or best performance, it was a close fight but I believe I won it and it’s good to be able to run it back and to show the improvements I’ve made with Andy. It’s the first rematch of my career so I am excited for that and I just want to go out and fight hard, beat him up and put on a better performance and win in better fashion.”

Parker vs. Chisora 2 tops a huge night of action in Manchester.

‘Little Lever’s Meat Cleaver’ Jack Cullen (20-2-1, 9 KOs) returns to the scene of his Fight of the Year contender with Felix Cash back in 2019 as he clashes with Kevin Lele Sadjo (16-0, 14 KOs) for the vacant EBU European Super-Middleweight crown following his win over Avni Yildirim in July,

Manchester Super-Featherweight contender Zelfa Barrett (26-1, 16 KOs) hopes to make it three wins from three fights in 2021 as he meets Australia’s Bruno ‘The Terminator’ Tarimo (26-2-2, 5 KOs) in an Eliminator for the IBF World Title.

Derby Super-Lightweight prospect Sandy Ryan (2-0, 1 KO) is out to impress against Maria Soledad Caprialo (7-13-4) after her vicious body shot knockout win over Aleksandra Vujovic in Italy.