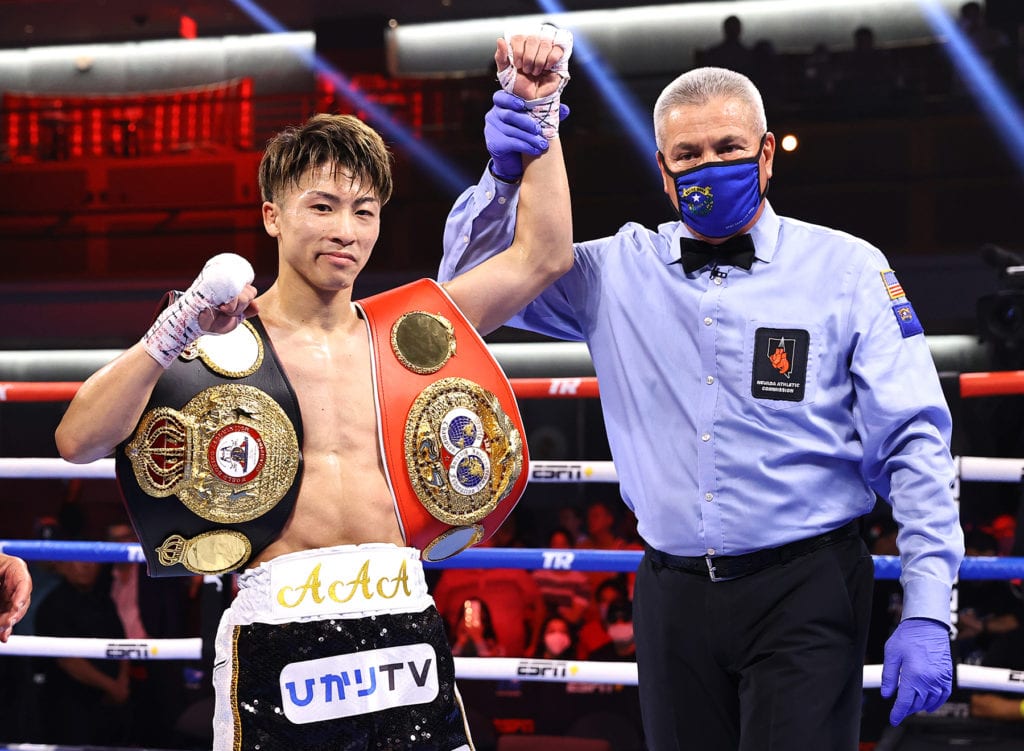 It was a tremendous Unification World Bantamweight title fight to close out 2019 and now, champions Naoya “The Monster” Inoue and Nonito Donaire will meet again later the Summer.

The official announcement came early morning Wednesday U.S. time that June 7th will be the date and the Saitama Super Arena in Saitama, Japan will be the location for Inoue-Donaire II for three of the 118 lb. world championships with Amazon Prime Japan as the primary broadcast outlet there,

The rematch has been touted for months and it was simply a matter of being able to secure a date and location in what will be a busy and action packed Summer schedule of fights.

As we wrote previously, Inoue and Donaire staged a tremendous 12 round fight in the finals of the World Boxing Super Series in November of 2019 won by the Monster to capture both the IBF and WBA titles in December of 2019.

When last we saw the massive popular Japanese star Inoue, it was in December as he was making the third defense of his IBF/WBA World Titles at 118 lb. in his home country. And, Inoue was in control from the outset of the defense against lightly regarded Aran Dipaen of Thailand scoring an 8th round TKO for the Monster’s 15th KO in his last 17 fights.

This came on the heels of his June 2021 KO title defense win over Michael Dasmarinas in Las Vegas. He’s regarded as one of the top “pound for pound” smaller weight fighters in the sport.

As for the Filipino Donaire, he’s already become the oldest World Bantamweight champ ever by regaining a portion of the championship with his KO of Nordine Oubaali in California in May. The 39 year old then defended his WBC belt, also back in December by overwhelming countryman Reymart Gaballo in four rounds running his record to 42-6 with 28 KOs.

There had been concerns on the location of where a potential Inoue-Donaire bout could take place? This had been due to the ongoing Covid 19 concerns and guidelines which have been restricting international travel to the Far East. Those concerns and increasing spread of the virus in the Winter postponed the Middleweight Unification bout between Gennady Golovkin and Ryota Murata in Japan for late December. That fight is now back on and taking place next weekend in Japan.

And, with the positivity numbers dropping dramatically world wide over the past couple of months it appears that Inoue and Donaire can have their bout with full capacity of fans, as well.

It will be reportedly announced later this week or next week what the U.S. television partner will be for the bout that will take place early morning U.S. time. Inoue has fought with Top Rank Boxing and on ESPN recently, while Donaire’s last two fights were with Premier Boxing Champions and on Showtime premium service.