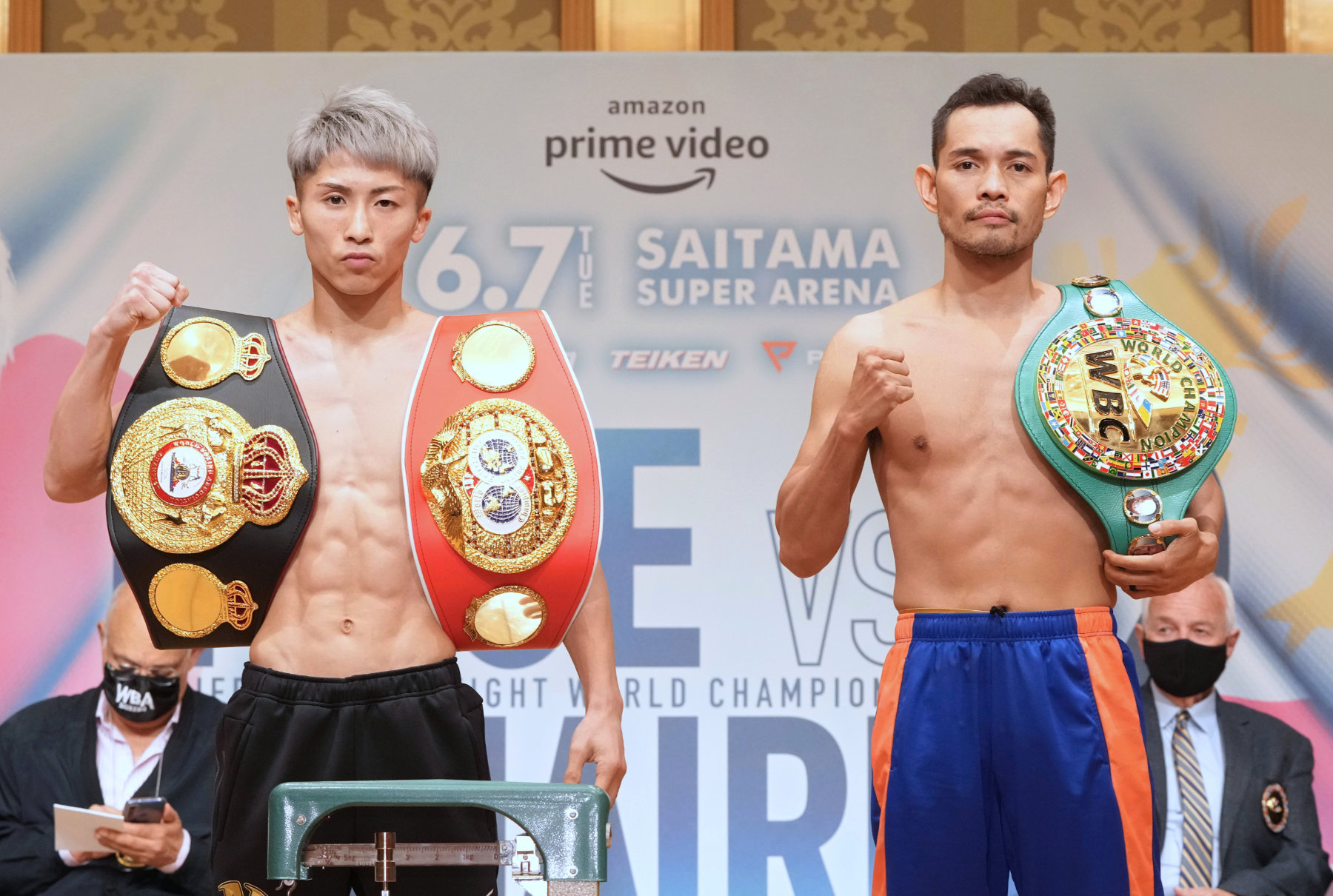 Unified bantamweight champion Naoya Inoue, the 29-year-old Japanese star, has won world titles in three divisions and been a dominant pound-for-pound fighter for the past several years. The “Monster” is fashioning a Hall of Fame resume.

The 39-year-old “Filipino Flash” Nonito Donaire has won titles in four weight classes, been a regular on the pound-for-pound list for years and broken his own record as the oldest fighter to win a bantamweight world title. He is a surefire first-ballot Hall of Fame lock.

The young star and the older star will renew their rivalry when they meet in a much-anticipated three-belt bantamweight unification fight — and rematch of the 2019 consensus fight of the year — on Tuesday at Saitama Super Arena in Saitama, Japan, about a half hour outside of Tokyo.

The card will stream live in the United States on ESPN+ beginning at 5:30 a.m. ET with the main event due to be in the ring shortly after 8 a.m. ET.

“Our first fight was brutal and amazing,” Donaire said. “It was a classic, but the rematch is going to be even better.”

In their first fight, which also took place at the Saitama Super Arena and served as the final of the World Boxing Super Series eight-man bantamweight tournament, Inoue suffered a broken orbital bone around his right eye in the second round but dropped Donaire with a body shot in the 11th round and won a hard-fought unanimous decision — 117-109, 116-111 and 114-113 — to unify the WBA and IBF titles in a stellar action battle.

Hear our preview of Inoue-Donaire II on the latest “Fight Freaks Unite” podcast by clicking play below:

Inoue (22-0, 19 KOs) has fought three times since the victory and won each defense by dominant knockout against Jason Moloney, mandatory challenger Michael Dasmarinas and Aran Dipaen.

Donaire has won two fights in a row since facing Inoue and scored fourth-round knockouts in both bouts, including against Nordine Oubaali 13 months ago to win the WBC title and break his own record as the oldest fighter (38 at the time) to win a bantamweight world title and then defending against interim titleholder Reymart Gaballo last June.

Now the rematch that Inoue (22-0, 19 KOs) and Donaire (42-6, 28 KOs), a Philippines native fighting out of Las Vegas, have both wanted but was delayed due to the coronavirus pandemic, is on. They both made weight on Monday with Inoue on the division limit of 118 pounds and Donaire weighing 117.75.

Both men are confident of victory and aiming to meet WBO titlist Paul Butler (34-2, 15 KOs), 33, of England, for the undisputed title next.

“This is just a stepping stone for my ultimate unification,” Inoue said at the pre-fight news conference on Friday in Yokohama, Japan.

Said Donaire: “I believe I’m the champion. It is a very important step toward the final unification.”

“To be able to help bring together two of the best fighters in the world for this massive unification fight is a proud moment for our business,” Schafer said. “I am incredibly excited for this fight. So too are Donaire and Inoue and the whole of boxing cannot wait for it.

“The unification of the four championship belts is an ultimate goal for not only boxing fans but for all promoters. I would like to endeavor to make the final unification.”

Before that, however, there is the matter at hand and Donaire expects another tough fight against an opponent in Inoue who has said he would like to win the rematch more convincingly than the first fight by scoring a knockout.

Donaire said Inoue can forget about that. Donaire has only been stopped once, and that was in a featherweight title fight by the much bigger Nicholas Walters in 2014.

“My heart is bigger than his punches,” Donaire said of the possibility of losing by KO to Inoue. “I was hurt (in the first fight). The guy can punch, but obviously my heart is bigger than his punches. I have to say the same thing for him, but this time it’s just different, it’s a different fight, different mentality. But the thing is, I’m willing to go far and beyond to gain victory.

“I am very, very confident of defeating Inoue. In this fight I am very, very confident because of this level of mindset that I have. When I first fought him, I was like, ‘Ok, I’m back at 118 pounds (having moved down for the tournament), let’s just try and push him back and brawl with him.’ But this time I am coming back with different kinds of strategies and this mindset I have.”

Two undercard fights will also be part of the stream:

Junior featherweight Takuma Inoue (15-1, 3 KOs), 26, of Japan, Naoya’s younger brother and a former bantamweight world title challenger, will defend his regional belt against countryman Gakuya Furuhashi (28-8-2, 16 KOs), 34, in a 12-rounder. Inoue has won two in a row since losing a decision to then-WBC titlist Nordine Oubaali in 2019.