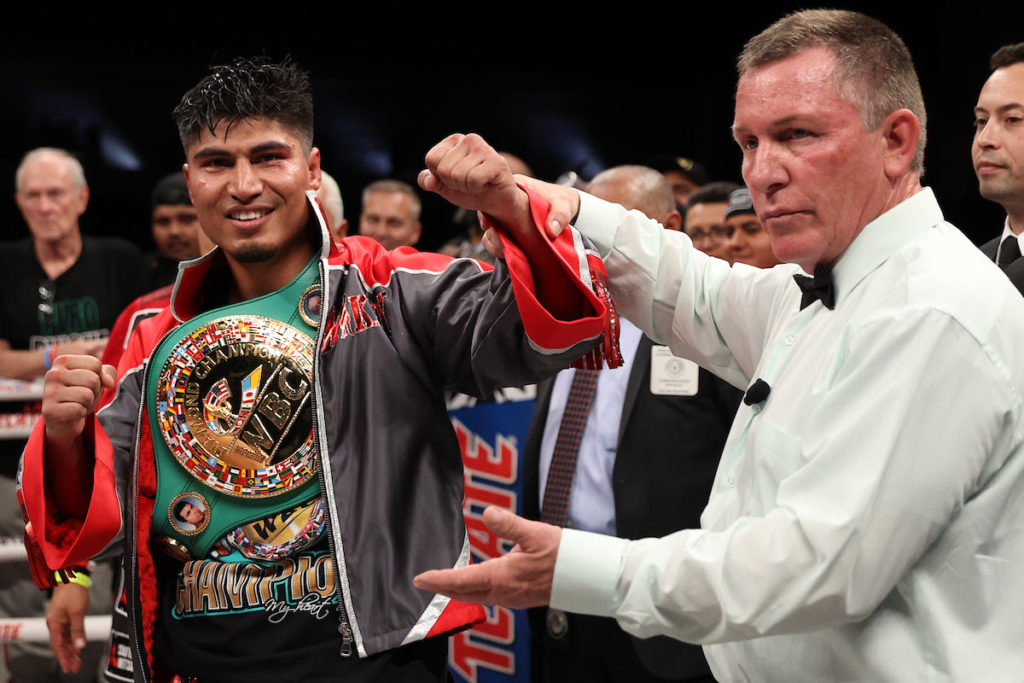 A highly decorated U.S. world championship fighter of the 2010s, Mikey Garcia, appears to have called it a career on Monday. This, after the former unified world lightweight title holder announced on social media that he’s now retired.

The native of Oxnard, CA, who was last in the ring in a shocking decision loss to Sandor Martin in October of last year, left a significant clue about his future, when the 34 year old changed his profile details to “retired world champ” on Instagram,

The recent defeats of Garcia, including his unsuccessful challenge of unified welterweight champ Errol Spence in March of 2019, overshadowed what had been a very successful career in four different weight divisions.

Hew won his first world title with a technical decision victory for the WBC feather weight crown over Orlando Salido in January 2013. However, he was stripped of that belt for missing weight in his bout with Juan Manuel Lopez six months later.

Garcia remained active and jumped up to junior lightweight defeating Roman Martinez by eighth round knockout to win the WBO world title in November of 2013,

However, soon after that his activity slowed with promotional dispute with Top Rank Boxing that kept him out of the ring for almost 2 1/2 years. Garcia finally returned in the second half of 2016 on a Premier Boxing Champions card in Brooklyn, defeating Elio Rojas by fifth round TKO in a non-title bout.

That set up his winning of the WBC lightweight title (his third in three divisions) with a big KO of Dejan Zlaticanin in January 2017. Garcia next scored a lopsided decision over Adrien Broner on a Showtime pay-per-view later that July and he was finally back on track with the biggest bouts/paydays of his career.

Garcia earned his fourth world title in a different division in March of 2018 by decisioning Sergey Lipinets to pick up the IBF junior welterweight belt. Garcia then, returned to 135 lb. to unify the lightweight title, defeating Robert Easter Jr. by unanimous decision picking up the IBF lightweight belt in another Showtime Boxing main event.

That led to his multi-million dollar challenge to fight Spence on PPV at AT&T Stadium in Arlington, TX, in early 2019. But, moving up to 147 lb. proved too much, as the Texas southpaw dominated the sluggish Garcia over 12 rounds.

He’s only fought twice since, with a decision win over Jesse Vargas February 2020 and then, the shocking loss to Martin last year. If he is done, Garcia finishes with a 40-2 record with 30 KOS.