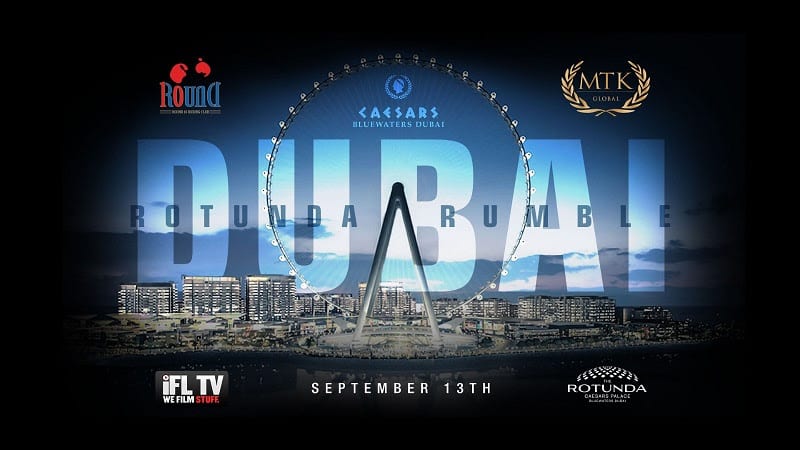 MTK Global to return to Dubai in September

MTK Global and Ahmed A. Seddiqi’s Round 10 Boxing are thrilled to announce their return to Dubai for the Rotunda Rumble on Friday 13 September at Caesar’s Palace Dubai.

This will be the second event of 2019 that MTK Global and Round 10 Boxing have hosted in Dubai, following the major success of The Fight DXB Uncovered at Emirates Golf Club back in April.

On that occasion, there were two major title fights along with many exciting stars in action, as they competed in front of royalty on a historic night.

? BREAKING NEWS ?@MTKGlobal & Ahmed A. Seddiqi's @Round10_Boxing are delighted to announce their return to Dubai for another HUGE EVENT ‼️

The Rotunda Rumble will take place on Friday 13 September at Caesar’s Palace Dubai.

The attention will now turn to the Rotunda Rumble in September, where another brilliant night of boxing will be taking place next month.

Ahmed A. Seddiqi of Round 10 Boxing said to the press: “Caesars Palace has always been a name synonymous with boxing having hosted many of the most historical fights under it’s roof and we are delighted to be bringing boxing back to it’s glorious roots with the “Rotunda Rumble” on September 13th here in Dubai, which we hope will be the first of many with our partnership with MTK Global. This is yet another big step in our mission to develop the sport in the region.”

MTK Global Professional Development Coordinator Jamie Conlan added to the media: “Everyone at MTK Global is delighted to be heading back to Dubai to stage the ‘Rotunda Rumble’ alongside Ahmed A. Seddiqi’s Round 10 Boxing. The first event was a major success back in April and we can’t wait to return for another fantastic night of action.

“We witnessed some brilliant fighters and some great fights in a spectacular location earlier this year, and we’re hoping it will be more of the same in September at Caesar’s Palace Dubai.”

Fight announcements for this MTK Global card along with where to get tickets will be announced at a later time.

Continue Reading
Advertisement
You may also like...
Related Topics:Featured, MTK Global, Round 10 Boxing