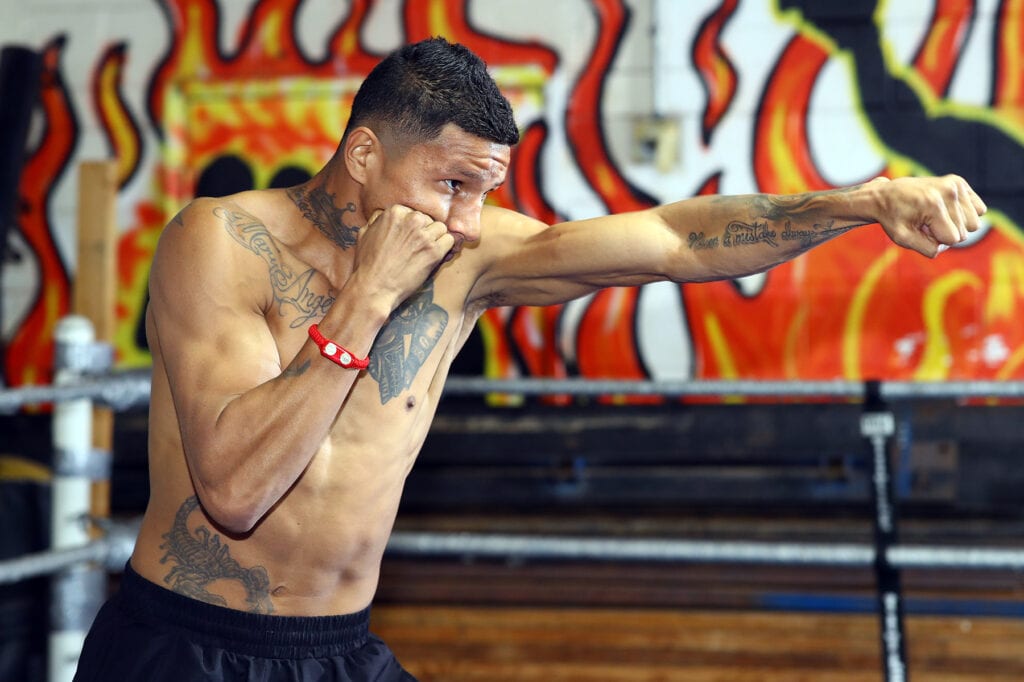 Miguel Berchelt- “My Record Speaks For Itself”

WBC junior lightweight champion Miguel Berchelt is in action this weekend in one of the most anticipated boxing fights. He defends his title against Oscar Valdez Saturday night from “The Bubble” at the MGM Grand on ESPN.

Berchelt speaking with the gang over at Hook To The Liver, said his advantage in the fight against Valdez would be.

“I think my record speaks for itself. I believe that I am a natural knockout-producing fighter,” Berchelt said to hosts Juan Alberto Perez and Angel Grijalva. I have more knockouts and more fights than he does. I think I have fought better opposition than he has. I fought Takashi Miura, Jason Sosa, Francisco Vargas twice, Jonathan Barros, and Miguel Roman. They were all the best and the toughest fighters in the division,

“I believe. I consider myself an intelligent fighter; I can box the way I did against Miura or fight going forward as I did against Bandido, Sosa, and Roman. The truth is I am ready. I don’t know what Oscar is going to do that night, but I have two spoons ready to eat from either bowl. I am prepared to box, and I am prepared to face off in the middle of the ring; that’s where I do my best fighting,” Berchelt stated.

Berchelt was last in action during the pandemic against Eleazar Valenzuela last June, stopping him in six rounds. Mexico City Boxing Commission has ruled contests taking place around that time as “no-contests” despite what everyone saw coming from the TV Azteca Studios that aired on ESPN. Valdez was last inside the bubble himself, stopping Jayson Velez last July in three rounds to ensure this matchup has been delayed due to COVID.

Berchelt’s resume does speak for itself, but I’m interested to see who will come out on top of this one as they may unify with the winner of Jamel Herring- Carl Frampton bout in a perfect world.