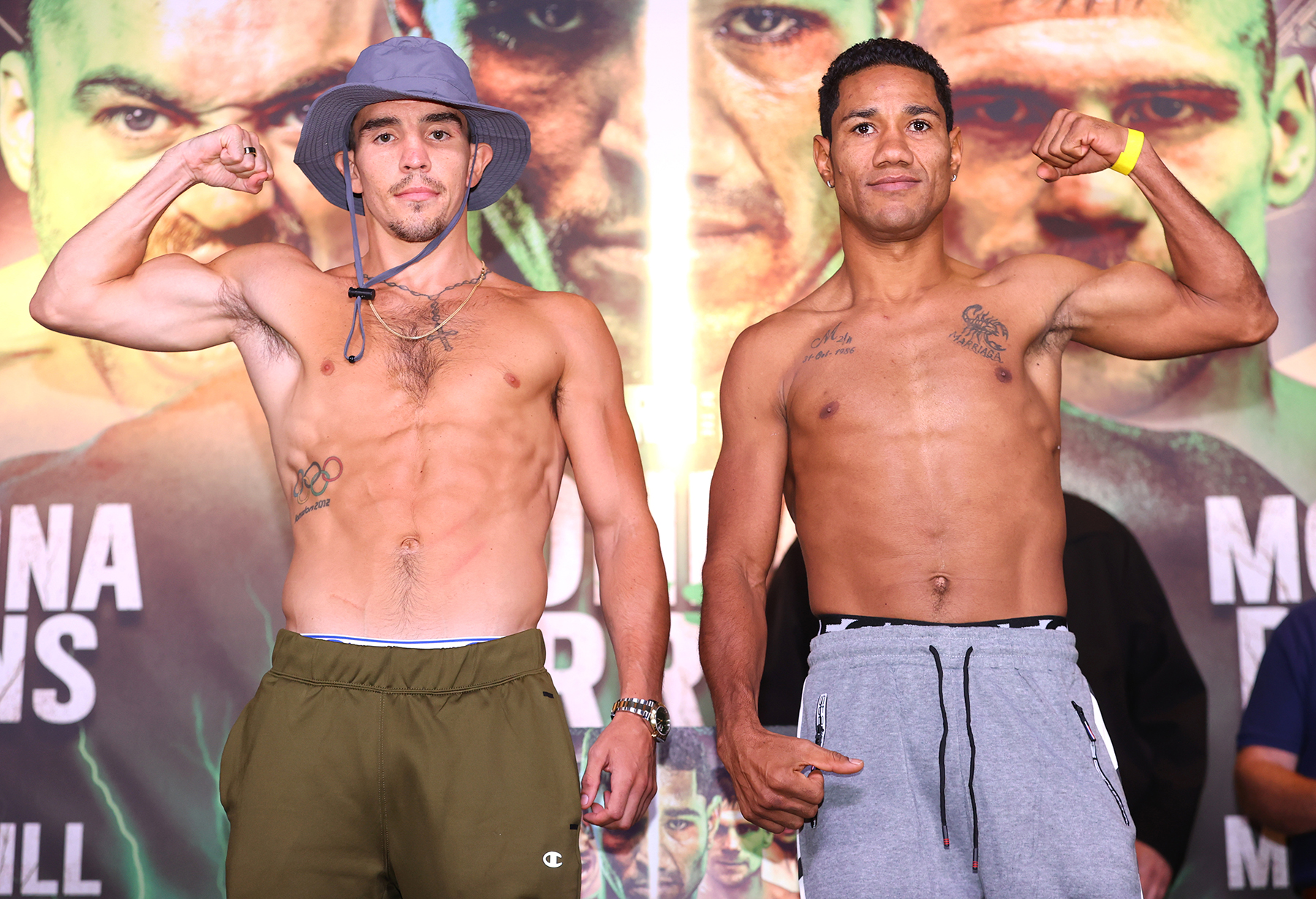 Five months ago, Michael Conlan was on his way to taking the WBA “regular” featherweight title from Leigh Wood.

Conlan had gone to Wood’s hometown of Nottingham, England, dropped him in the first round, cut and bruised his face and despite being knocked down himself in the 11th round, was ahead on all three scorecards going into the final round of what had been a terrific fight on March 12.

But Wood never stopped swinging until the miracle rally was complete as he pulled off one of the most dramatic comebacks in recent boxing history, winning by 12th-round knockout when he landed three right hands to Conlan’s head that knocked him clear out of the ring and onto the floor of Motorpoint Arena.

The fight was immediately stopped and Conlan was taken the hospital as a precaution. Fortunately, he was OK, suffering only huge disappointment but no injuries from the backward fall out of the ring.

Now, Conlan is ready to return and put his only professional defeat behind him. He will do so in a scheduled 10-rounder at a contract weight of 128 pounds against veteran Miguel Marriaga on Saturday (ESPN+ in the U.S., FITE TV in the U.K. and Ireland, 2 p.m. ET) at The SSE Arena in Belfast, Northern Ireland, Conlan’s hometown, during the city’s annual Feile an Phobail festival.

Conlan did not want to dwell on the loss to Wood and instead looked forward to paving his way to another title opportunity.

“I obviously was 90 seconds away, whatever it was (from beating Wood), but I know how good I can be,” Conlan said at Thursday’s pre-fight news conference. “I know what I have left to give. I believe for me to get back (into title contention) I didn’t need anybody easy. I wanted someone hard and an opponent who’s going to push me. And I believe Miguel is.”

Hear us preview Conlan-Marriaga more on the “Big Fight Weekend Preview” podcast by clicking play below,

Conlan (16-1, 8 KOs), 30, a two-time Irish Olympian, is facing a vastly experienced opponent with a durable chin and excellent power.

“I know it’s going to be a very good fight,” Marriaga said. “Michael Conlan is an excellent boxer. I’ve also come well prepared to make an excellent fight. Obviously, the idea is to come here and win the fight, which is the most important thing.”

“The Scorpion” Marriaga (30-5, 26 KOs), 35, of Colombia, suffered three of his losses in world title fights. Two were decisions in featherweight title bouts to Nicholas Walters in 2015 and Oscar Valdez in 2017. In 2017, he challenged Vasiliy Lomachenko for his junior lightweight belt and suffered a seventh-round knockout when his corner stopped the bout with him on the stool. That is the only time he has been stopped.

“I want to get back in the world title mix as soon as I possibly can, and I thought Miguel Marriaga would be the perfect kind of guy, perfect statement to make that,” Conlan said. “Thank you to Miguel for coming (to Belfast). I think he’s a fantastic fighter, a very tough opponent, a very tough pick for a comeback fight but, in my opinion, the perfect one because I want to show my level.”

Marriaga’s two other losses came by 10-round decision in his last three fights, to former title challenger Joet Gonzalez and, most recently, to Eduardo Ramirez in a junior lightweight fight on the Gervonta Davis-Isaac Cruz undercard in December in Los Angeles.

“If you watch any of his fights, the only person to take him out is Lomachenko, and that was more his corner stopping the fight,” Conlan said. “I know he’s a tough dude. He will be there for the full 10 rounds. If there’s an opportunity to take him out, I will do that, but I know that he’s a tough guy. He’s high tempo, fast pace, and he will be there for the full distance punching and trying to take your head off.

“So, I’ve got to be ready. I’ve got to be prepared. I have many different game plans which flutter about in my head, and I’ll decide in the ring which one I’ll pick.”

On Friday afternoon in Belfast Conlan clocked in at 127.8 lb. and Marriaga at 126.5 for their agreed upon “catch-weight” of 130 lb. and now, we’ll see if Conlan gets it all back on track starting Saturday night or not?