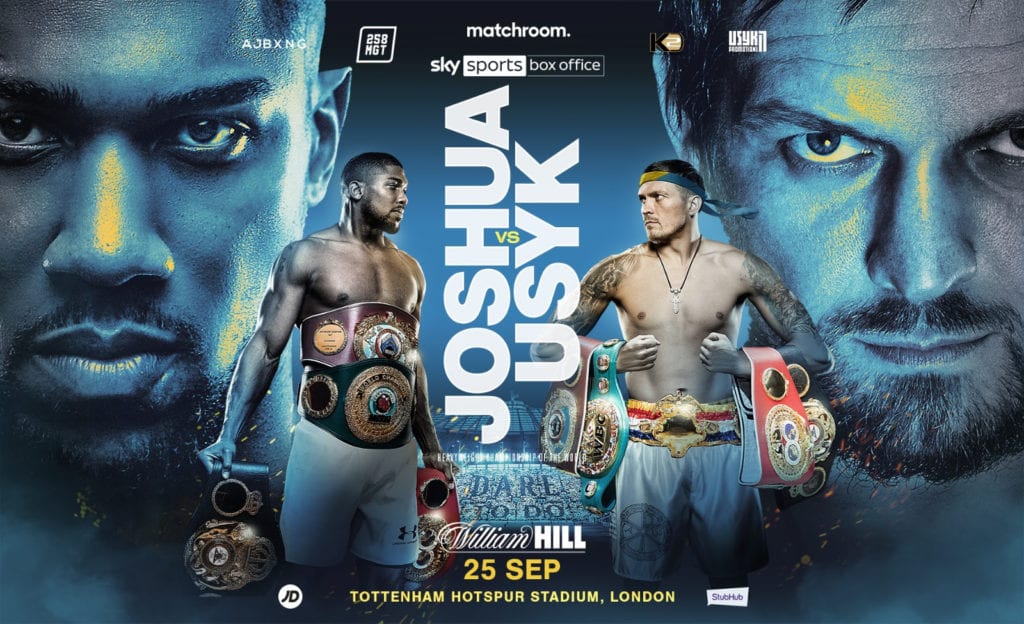 As the buildup continues for Saturday night’s Unified Heavyweight showdown North of London between champion Anthony Joshua and unbeaten challenger, Oleksandr Usyk, we now know whom will officiate in the scheduled 12 round bout.

English referee Michael Alexander is tabbed to be “the third man in the ring” for Saturday night’s tilt, while the judges scoring the fight will have split nationalities,

Alexander has never refereed a World Heavyweight Title fight previously, but does have some championship experience. This includes him most recently having officiated the August IBF World Featherweight title fight won by Kid Galahad over James Dickens in a 12 round decision at the Matchroom Boxing headquarters in Essex, England.

As for the judges, England’s Howard Foster (who is also a referee in the U.K.) will be working a World Heavyweight Title fight for the first time and does have some mid-level championship fight experience. However, nothing of this magnitude.

The most qualified of the three men scoring that will score the fight is Steve Weisfeld of the United States, who is a regular World Championship judge in America. Weisfeld, based in New Jersey, was just used in August for Yordenis Ugas’  unanimous decision win over Manny Pacquiao in Las Vegas for the WBA World Welterweight championship.

He also previously worked Jermell Charlo narrow draw with Brian Castano for the Undisputed Junior Middleweight title in San Antonio, TX, in July. Weisfeld gave the fight to Charlo 114 – 113, while another judge had it for Castano and the third scored the fight even.

Weisfeld. who has judged bouts since the early 1990s. does have Heavyweight championship experience having been one of the judges for Tyson Fury seventh-round TKO stoppage of Deontay Wilder in Las Vegas in February 2020. He obviously did not have to render a card that night.

The least known of the judges is Ukrainian Viktor Fesechko. He is a former professional fighter in Ukraine and also a part time referee, but it’s been primarily a judge for the last few years of his career. However, like the English judge Alexander, Fesechko he has never worked a World Heavyweight title fight.

Obviously, the Joshua camp approves of the British judge and the Usyk camp of the Ukrainian judge. So,  Weisfeld is being viewed as the “neutral” third observer, if it comes down to the cards Saturday night.

Joshua, 24-1, was last in the ring, when he fought and kayoed IBF #1 contender, Kubrat Pulev in December at the Wembley Arena in front of limited fans. Saturday night is anticipated to have the largest crowd for any sport in the U.K. (65,000+) since the Covid 19 pandemic began. This bout is scheduled for the newly renovated, state of the art, Tottenham Hotspur Stadium.

As for Usyk, he’s 18-0 was last in action in that same Wembley Arena, with no fans, last October decisioning English veteran, Dereck Chisora. That was the unbeaten Ukranian’s second bout at Heavyweight and were both easy. The former Ukrainian Olympic Gold Medalist (like Joshua for England) and Undisputed Cruiserweight champ and his team arrived in England on Monday morning ready for his biggest fight to date.

Canelo-Plant: The Most Talked About IBF Mando Ever
Deontay Wilder – ‘I Just Want To Beat His A–“
Advertisement
To Top