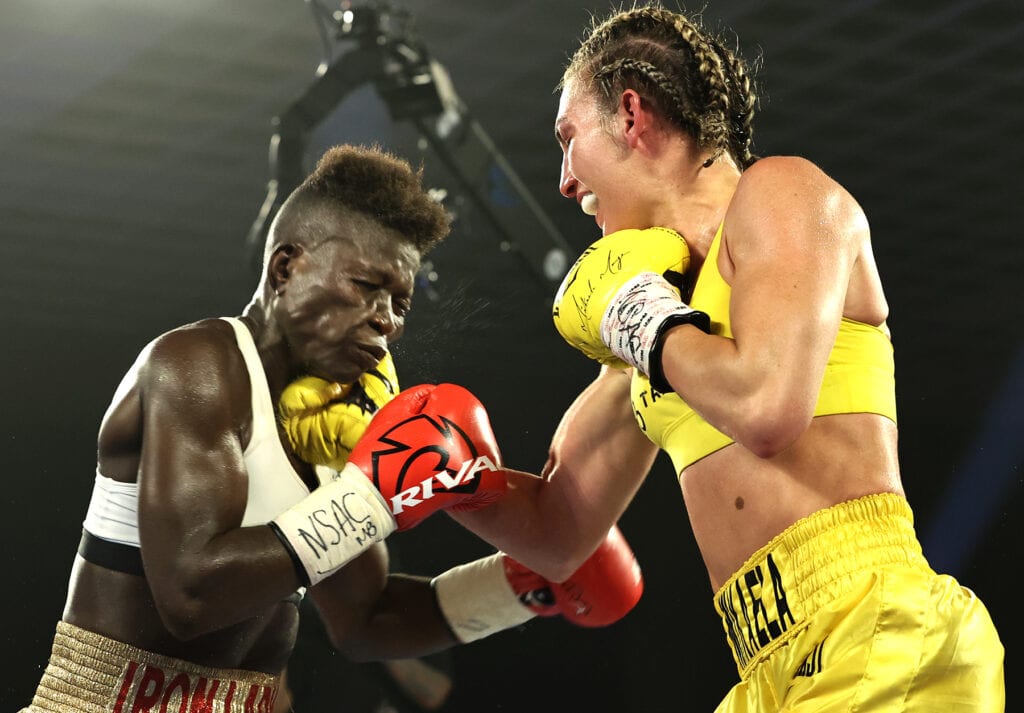 Women’s boxing made history in the main event as Mikaela Mayer, and Helen Joseph wrapped up the latest Top Rank Boxing “Bubble shows” with Mayer coming away to remain undefeated, winning by unanimous decision to close out Tuesday nights broadcast on ESPN.

This main event was a rescheduled fight that was a reschedule of their matchup from June 9 when Mayer (13-0, 5 KOs) had tested positive for COVID-19 before the original date.  The time Mayer took to regroup for this fight showed as she looked sharp in this one.

No holding back in your first main event ?

Ringside view from #MayerJoseph through 7 rounds, live on ESPN. pic.twitter.com/IFY6bavwug

Early on in the fight, it was clear that the height and reach advantage for Mayer was going to be a factor in the as she was able to use that by keeping her distance from Joseph early on. That played out for the 1st half of the fight as Mayer. The match was fun in terms of action despite it being limited to two-minute rounds, as most women’s boxing bouts have been.

As the fight went on, it became clear that Joesph (17-5-2,10 KOs) wasn’t going to be able to land with as much success and began to take more shots as it went on to the point, her corner questioned the fight going on in the later rounds.

The broadcast made a note to mention that this was the 1st women’s main event in the history of Top Rank Boxing on ESPN.  I note the Top Rank portion as women’s boxing was the main event under the old Friday Night Fights banner back in 2007.

Also, this fight was moved up into the main event as Jamel Herring had to withdraw due to this second positive test of COVID-19. Regardless of the circumstances, this fight closed out Tuesday night and was by the best one to close out the night.

“I was a little offended that you thought this would be my toughest test to date,” Mayer said after the fight.

On paper this was for Mayer, at the end of the night, it wasn’t even close.